6 Major Disadvantages of IUDs You Should Be Aware Of 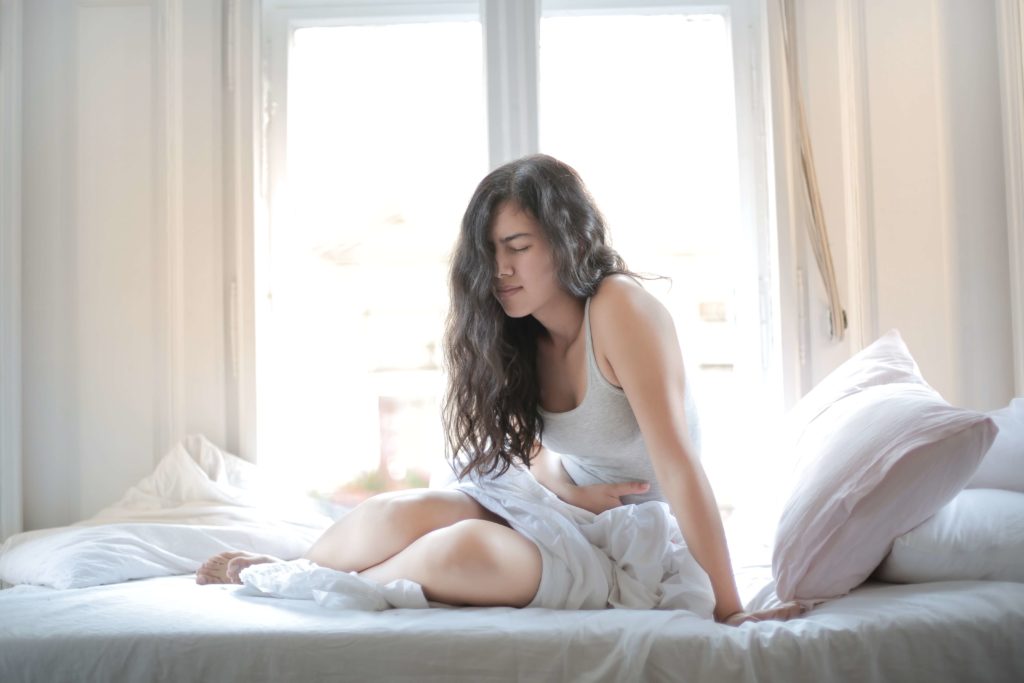 Intrauterine devices (IUDs) are becoming a more popular choice of birth control among women. They may be effective in avoiding unwanted pregnancy in many women, but that’s not always the case.

In fact, around 2 to 8 in every 1,000 women who have IUDs become pregnant within a year of typical use.

Aside from this potential risk, however, other numerous side effects are possible with IUD use. Some of them are mild and may go after a few months. But in rare cases, other side effects can be serious.

How does an IUD work?

An IUD is a small, T-shaped plastic device that only a doctor or nurse can insert into your uterus. There are two types of IUD: hormonal and copper (non-hormonal). Both types of IUDs work by preventing the sperm to reach your egg.

A hormonal IUD works by releasing small amounts of the hormone progestin in the lining of your uterus. This thickens the cervical mucus, thereby preventing the transport of sperm into your uterine cavity. It can also prevent ovulation and the growth of a fertilized egg.

On the other hand, a copper IUD works by releasing copper ions into your cervix. This creates an environment that’s too hostile for the sperm to survive. The brands of hormonal IUDs currently available in the United States are Mirena, Skyla, Liletta, and Kyleena. Meanwhile, Paragard is the only brand of copper IUD sold in the country.

The most widely used IUD is the copper IUD. However, Paragard has been the target of many lawsuits lately. Women who have filed a Paragard IUD lawsuit claim that the copper intrauterine device is prone to breaking during removal.

Some plaintiffs even required a full hysterectomy or surgical removal of the uterus to remove the broken pieces of the device in their body. This surgery, however, can be more complicated as the doctor may observe extra measures to avoid organ damage.

Mirena can last up to five years after insertion, while Paragard can stay in place for up to 10 years.

How Well It Works

Copper and hormonal IUDs are more than 99 percent effective at avoiding pregnancy. They’re one of the most effective types of contraception around. As such, many women consider them an excellent choice of birth control.

Both types of IUDs help in avoiding unwanted pregnancy. They have their own benefits, including ease of use and cost-effectiveness over time, among others. However, both also have their downsides.

1. IUD insertion can be painful

IUD placement is a mysterious procedure and at times feared by many. Some women undergo IUD insertion with ease, while some may find it more painful.

The procedure is usually pretty quick and only takes a few minutes. Many women say that the worst part is the strong cramps you may feel during the procedure. In fact, some amount of cramps is normal during IUD placement.

Cramping is actually your body’s normal response to an IUD being inserted through your cervix and into your uterus. Because the uterus is a muscle, some discomfort like tightening or cramping is its normal reaction during insertion of the IUD.

This cramping should normally go away shortly after the procedure. But if it persists even after 1-2 days following insertion, talk to your doctor for medical advice.

Moreover, if you’re concerned about any discomfort or pain you may feel during insertion, ask your healthcare provider about any medications you can take before your appointment.

While IUDs may be an obvious choice in preventing pregnancy for some women, they don’t offer protection against sexually transmitted infections (STIs). A doctor or nurse will check to be sure that a woman doesn’t have STDs like chlamydia or gonorrhea before insertion.

Couples should use condoms during sexual intercourse to lessen the chance of spreading STDs. Moreover, having an IUD inserted can also introduce temporary microbial contamination into your uterus. This causes an increased risk of pelvic inflammatory disease (PID) within the first 20 days after implantation of the device.

PID, however, rarely occurs in women who have had an IUD for more than five years already.

3. It can mess with your periods.

Both types of IUDs can affect your menstrual cycle in different ways. A hormonal IUD may ease menstrual symptoms, which means it can lighten your menstrual bleeding and reduce your cramps. Within the first three to six months after getting a hormonal IUD, your periods are more likely to be unpredictable.

On the other hand, a copper IUD has the opposite effect on your periods. It may make your periods heavier, longer, and accompanied by stronger menstrual cramps.

4. There’s a risk of uterine perforation

Although considered rare, an IUD may puncture the walls of your uterus. Uterine perforation may occur in 1 out of 1,000 women. But even though the possibility is less, this complication almost always occurs during insertion.

This complication may manifest as lower abdominal pain. If the IUD perforates the uterus, surgical removal of the device may be necessary.

5. An IUD can be driven out of the uterus

An IUD may fall out of the uterus, either partially or completely. This is called IUD expulsion.

Your IUD strings are there for a reason. After insertion, your healthcare provider may advise you to check these strings regularly, or at least once a month at home after your period.

If you’re not able to feel the strings using your fingers or they seem longer or shorter than when you last checked, these may be a sign that your IUD is misplaced.

IUD expulsion mostly occurs during or after periods within the first three months. Women who just gave birth or had an abortion and immediately got an IUD are also at a higher risk of having the device expelled from their uterus.

A misplaced IUD can increase your risk of being pregnant. It can also be extremely painful and needs medical attention.

6. It may fail to prevent pregnancy

IUDs are mostly safe and effective and have a high success rate. However, rarely, it may fail to avoid pregnancy. When your IUD falls out, you have a heightened risk of being pregnant while still on the device.

And IUD pregnancies are more likely to be ectopic. An ectopic pregnancy occurs outside of the uterus. In this type of pregnancy, the fertilized egg usually implants itself in one of the fallopian tubes instead of in the womb.

Ectopic pregnancy should be treated as a medical emergency, as there’s a risk of the tubes bursting and causing life-threatening bleeding. Sadly, the most common solution to this complication is to terminate the pregnancy.

Who are IUDs not recommended for?

Although most people can use IUDs without any problems, some conditions can make one more susceptible to the side effects or complications of IUD birth control.

Particularly, IUDs may not be safe for women who:

Moreover, a Paragard IUD may also not be safe for women who have an allergy to copper and Wilson’s disease. Women also shouldn’t get a hormonal IUD if they previously had breast cancer.

In rare cases, problems with the uterus like malformations may also make it hard for an IUD to stay in place.

If you have a condition that makes an IUD the least compatible contraception for you, don’t fret. There’s always a plethora of other birth control methods you can shift to.

An intrauterine device is highly effective at preventing pregnancy for most women. However, it’s not entirely foolproof. As such, there can be some negative side effects with IUD use.

These side effects, however, should ease up after three to six months following insertion. After all, each woman’s body responds differently to the device. And for others, it may take some getting used to. But only you know your body best.

If your pain and other side effects are still bothering you after a while, or you feel that they’re getting too severe for you to handle, talk to your doctor immediately.

The Paragard intrauterine contraception is linked to a wide array of side effects. Some of which can also be severe. If you suffered from injuries due to a broken Paragard IUD, you can pursue legal action like many others who already filed complaints against its manufacturer.

You can contact us today and we will assist you with the necessary legal steps you should take in fighting for your rights.