Opioid Epidemic Lawsuit.
Do I have a case?

Stop the destruction that opioids cause. If you our a loved one suffered from the current drug epidemic then you should take action. This must stop now. 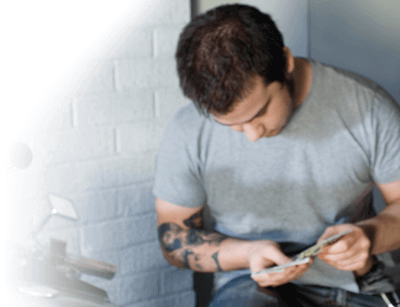 Solve your addiction now.
Get help and call:

Hundreds of U.S. citizens who fell victim to the ongoing opioid epidemic filed a lawsuit to join the legal battle bravely fought by state attorneys and governmental agencies across the country. Every day more than 115 Americans meet their untimely fate after a drug overdose unjustly claims their lives. Too many unscrupulous pharmaceutical companies put their profit before public safety, and keep poisoning an entire country with potentially lethal narcotics.

If you lost a family member to the side effects of opiate abuse and addiction, the time to seek a just compensation has come. File a litigation today, and take part of one of the largest civil actions in the American history. If you’re struggling for addiction, you might consider a rehab that treats for opioids abuse.

What Are Opioids and How They Kill People?

Opioids (or opiates) are narcotic medications prescribed to treat several forms of acute and chronic pain. They act by binding to specific brain receptors, providing fast relief to patients who need to cope with the pain caused by, to name a few, surgery, accidents, cancer and neuropathies. However, they’re associated with many serious side effects such as sleepiness, confusion, urinary retention and chronic constipation.

All prescription opioids share a huge potential for abuse, especially since people who use them quickly become tolerant and need to progressively increase the dosage. Once addicted to opiates, patient become desperate as missing a dose causes them to suffer from withdrawal, starting a vicious self-destruction cycle that eventually ends with fatal overdoses and respiratory depression.

Overprescribing and the Opioid Crisis

A huge amount of people make use of these drugs which are often prescribed even when they’re not needed. For example up to 70% of the nursing home residents and older patients suffer from chronic pain conditions. On top of that, many people illegally use narcotics for recreational purposes because they enjoy subjective sensation of intoxicating euphoria and relaxation known as “high.”

Despite their huge potential for abuse and unfavorable risk vs benefits profile, narcotic pain killers are frequently misused and overprescribed. According to many court claims, even apparently irreproachable doctors, pharmacists, and drug wholesalers are instead on the payroll of the most mischievous Big Pharma, who paid them kickbacks and lavish gifts to inappropriately prescribe these drugs.

The current opioid crisis is so large that it has been aptly defined as “epidemic”. To put things in perspective, in 2015 a total of 793 million doses of opioid medications were prescribed, meaning that every man, woman and child in the state could have received 68 pills each. States such where unemployment and poverty are higher among the population show the highest death rates as well.

Why you should file an opiates lawsuit today

If you or a loved one has been a victim of opioid painkillers epidemic, you may be eligible to file a lawsuit. You can seek relief for all the damage you suffered, including:

How to Start an Opioid Lawsuit & Stop This Epidemic

By filing a civil action you’re doing much more than protecting your own rights and request a compensation for all you’ve lost. You’re helping us put a stop to one of the deadliest drug overdose crisis in American history. Let us stand united as we fight for our country, before any other life is lost to this apparently unstoppable epidemic.

To halt the flow of prescription opioids, many state and city attorneys decided to sue the manufacturers and distributors of these drugs, including Allergan, Teva Pharmaceutical, Cardinal Health and Johnson & Johnson. According to their claims, the drug makers and their associates purportedly downplayed the risks and overstated the benefits of these medications caring only to inflate their profits. Many State Attorney Generals decided to protect their people by pursuing a legal action, including Delaware, New York, Ohio West Virginia and even Alaska.

The toll of this epidemic is devastating: countless families struggle to survive against overwhelming odds to pay for these drugs, youths and adolescents resorting to crime to buy these pills, and the number of overdose victims mounting up year by year. The governmental authorities want to hold those responsible for this monstrosity liable. In their lawsuits, they request pharmaceutical companies, distributors and even the medical experts who inappropriately prescribed the narcotics to take financial responsibility for the overwhelming costs that the public services had to face.

Current State of the Legal Proceedings (2023)

Many battles have been won already against those who contributed to the widespread opioid addiction. In 2009, after Senator Richard Blumenthal (former attorney general of Connecticut) filed a lawsuit, Purdue Pharma agreed to pay a $19.5 million settlement over allegations of unlawful marketing of OxyContin (oxycodone).

Latest update: On October 21, 2019, a groundbreaking $260 million settlement has been reached in the ongoing Opioid litigation in the Northern District of Ohio. The deal was announced by Judge Dan A. Polster, and involves one of the largest manufacturers of opioids worldwide and the three major American drug distributors who provide nearly 90 percent of all the medications distributed to hospital, clinics, and pharmacies in the country. The three major drug distributors – Cardinal Health, McKesson, and AmerisourceBergen – agreed to pay $215 million, while Teva, a generic drug manufacturer, agreed to pay $20 million in cash payouts and another $25 million in donations of addiction treatments.

January 2nd, 2019: Following the state, Union county is suing a myriad of pharmaceutical companies over opioid prescriptions. They filed a lawsuit on December 20th alleging that all of these companies played a critical role in profiting from the unlawful sales of opioid drugs.

On August 18, 2017, a jury found Insys Therapeutics guilty of illegally promoting their drug Subsys (fentanyl). The drug maker settled for $4.45 million after the State of Illinois brought the case in front of a court.

In 2016, the United States Department of Justice (DOJ) found that Cardinal Health violated the Controlled Substances Act in Maryland, New York and Florida and forced it to pay $44 million. Just one year later, in 2017, the state of West Virginia filed a litigation accusing the wholesale distributor of flooding the country with painkillers, reaching a $20 million verdict shortly thereafter.

Illinois won a lawsuit against drug maker after of unlawfully promoting the medication Subsys. In 2017, Cardinal Health paid $20 million after the state of West Virginia filed a litigation claiming the wholesaler flooded the state with narcotics between 2007 and 2012. The same company already paid in 2016, when found the company.

Today, hundreds of individuals started filing their own opioids lawsuits, seeking compensation for all the damage they personally sustained after a family member became an addict or died of overdose. On December 5th, 2017, to speed up the proceedings, the Judicial Panel on Multidistrict Litigation (JPML) consolidated 155 of them in the National Prescription Opiate Litigation, MDL No. 2804. The Mass Tort will be overseen by Judge Dan Polster of the Northern District of Ohio in Cleveland.

On Monday, April 2, the DOJ itself entered the MDL as a friend of the court to add the federal government’s knowledge on the crisis to the litigation. The DOJ’s opinion and perspective will strengthen the position of many local governments and individual plaintiffs.

Struggling with opioids?
Please get help and call the number.