Last updated: Jan 3rd, 2022 (scroll to the bottom of the page to the latest development in the Roundup lawsuit)

Update: Research has shown that exposure to an alternative to Roundup – Paraquat – might lead to Parkinson’s disease. Paraquat lawsuits are now being filed.

Many litigations have been filed against Monsanto by victims who accuse the giant multinational of downplaying the lethal risks of the weed killer Roundup. According to their claims, many professionals who have been exposed to the toxic effects of this product, such as farmers, gardeners, and agricultural laborers, later suffered from non-Hodgkin’s lymphoma – a potentially fatal type of cancer.

If you have been diagnosed with a tumor after using any glyphosate-based product, we can put you in contact with the best attorneys available to file a lawsuit. Don’t wait further – you have a chance of claiming a legitimate cash compensation and get the justice you deserve.

Monsanto earns more than $4.8 billion in profit each year by selling Roundup. With over 250 million pounds being sprayed yearly in farms, gardens, parks, and lawns, the glyphosate-based herbicide is the most widely-used weed killer around the world. Monsanto’s product owes its effectiveness to the action of one substance, glyphosate, which has the power destroys some enzymes that are critical to the plant’s health.

The large corporation even engineered several plants which are resistant to the action of this substance. This way they can sell these genetically-modified seeds to farmers who can now use Roundup on their crops with no risk of damaging them.

Why Is Roundup Dangerous?

Over the course of the last decade, several studies showed that if a human is repeatedly exposed to glyphosate for a long time (such as if he or she uses it daily for work purposes), there’s a high risk of suffering from cancer. In particular, victims have been found to develop later in life a potentially deadly type of leukemia known as non-Hodgkin’s lymphoma. In particular, Monsanto failed to warn about this alleged danger all those who are use Roundup for professional reasons, such as gardeners, farmers, park employees, agricultural laborers, landscapers and even people who love gardening.

According to the claims filed in court, the public has never been properly informed of these serious health risks since Monsanto actively concealed them. Those who had the chance to safeguard themselves by wearing adequate protections never did so since they have been misled into thinking that the herbicide was a safe chemical that caused no harm.

Has Monsanto Actively Tried to Hide the Truth?

Whenever a company manufactures or distributes a product which is inherently dangerous for humans or other living creatures, it has the duty of warning the public about these dangers. A manufacturer is precisely responsible for protecting anyone who uses that product, and if it fails to do so, it may be held responsible. Even more so when the company is aware of any possible risk and voluntarily chooses to withhold the truth in order to inflate its profits. Monsanto willfully tried to conceal the results of several studies that proved the severe toxicity of glyphosate was, and should, therefore, pay for any damage it caused.

On March 14, 2017, a federal court in San Francisco acquired some documents that prove how the multination paid some ghostwriters to alter a research published by the Environmental Protection Agency (EPA) in order to prove that Roundup was safe. When California’s Office of Environmental Health Hazard Assessment (OEHHA) tried to add glyphosate the state’s list of known carcinogens, Monsanto tried to stop it actively. Despite the serious threat to public health, the corporation cared so much for it profits that went so far as to sue the governmental agency.

After hundreds of lawsuits have been filed, in October 2016, the Judicial Panel on Multidistrict Litigation (JPML) decided to centralize them in the Northern District of California in the Multidistrict LitigationMDL No. 2741. Cases that include similar allegations against the defendant (Monsanto) are usually consolidated into an MDL to save time and resources and simplify the legal process. A set number of plaintiffs known as “bellwether cases” will be selected to be heard as exemplary cases. In this specific situation, the lawyers who filed a lawsuit on behalf of their clients are accusing Monsanto of conspiracy, false advertisement, and failure to warn about Roundup’s dangers. The Roundup MDL is overseen by Honorable Judge Vince Chhabria.

In August 2018, the litigation reached a turning point when Monsanto was hit by a $289 million verdict inSan Francisco. The corporation had its back against the wall when a jury found it liable for cancer suffered by plaintiff DeWayne Johnson. The 46-year-old school groundskeeper was diagnosed with non-Hodgkin’s lymphoma after he had been exposed to the herbicide for years during his work.

Ironically, during the trial, Judge Curtis Karnow had to issue an order to request the jurors to avoid using the scientific documentation on Roundup as the sole evidence. Knowing how Monsanto actively tried to deceive the scientific community by manipulating these documents, in fact, there’s a high risk that all the alleged evidence about glyphosate’s alleged safety may be false.

Johnson’s one is just the tip of the iceberg. At least another 4,000 cases have been filed in federal and state
courts across the country, and the battle for justice has just begun.

On March 27, 2019, a U.S. jury awarded over $80 million to a California man who alleged that the weed killer Roundup was a “substantial factor” in his non-Hodgkin’s lymphoma.

The jury was persuaded by Edwin Hardeman’s argument that Roundup’s design was defective in that it lacked sufficient cancer warnings. The six-person jury awarded Hardeman over $5 million in compensation and $75 million in punitive damages.

Bayer, which had acquired Monsanto, the manufacturer of Roundup, last year, stated that they planned to appeal the decision.

In August 2018, another jury had awarded a man $289 million, which was later reduced to $78 million, in a Roundup case. Monsanto has appealed that decision.

However, Hardeman’s success is seen as more significant than the August 2018 award. This is because Hardeman’s case is considered a “bellwether” case, which can determine the likelihood of success in similar lawsuits. Experts believe that success in Hardeman’s case and two other “bellwether” cases would give plaintiffs’ attorneys strong bargaining positions in the hundreds of Roundup cases that have been filed against Monsanto. 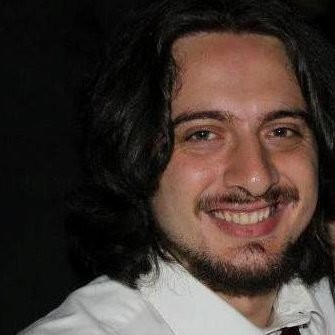 Dr. Claudio Butticè, Pharm.D., is a former clinical and hospital pharmacist who worked for several public hospitals in Italy. He is now an accomplished book author and journalist. He also works as a medical consultant.