Did you take Risperdal?

The manufacturer has been paying millions in settlements. If you experienced side effects you might be eligible for compensation.

See if you qualify today. Time is limited. Fill out our form 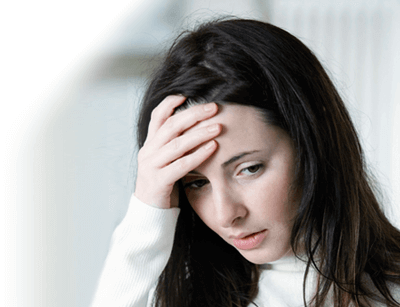 Risperdal, also sold under the generic name Risperidone, is an atypical antipsychotic drug prescribed to treat schizophrenia and the manic symptoms of bipolar disorder. It is manufactured by the Johnson and Johnson company in their Janssen division. The company had to pay billions of dollars already in Risperdal lawsuit verdicts and settlements in 2017 awarded in damages to patients who developed gynecomastia.

Below you can read more on the background of these cases and we give you options in case you experienced side effects such as breast growth yourself.

Is there a recall on Risperdal?

Despite the obvious risks of male breast growth and other damages associated with Risperdal, the Food and Drug Administration never issued a recall on this medication. Only a few lots have taken off the market back in 2011 by Johnson & Johnson. However, those were just an isolated case linked with a contamination of the substance with a byproduct of a chemical preservative, and had nothing to relate with the lawsuit on Risperdal.

There have been several lawsuits against Johnson & Johnson ranging from lawsuits against them for the male breast tissue side effects of the drug, to how Risperdal was marketed. They have also been brought up on criminal and civil charges.

Johnson and Johnson agreed to pay $2.2 Billion in criminal and civil fines after being accused by the U.S. Justice Department of illegally marketing the drug Risperdal. The drug company marketed it to older adults, children and developmentally disabled people.

The drug maker was said to have marketed Risperdal as a way to control patients with dementia in nursing homes and for children with some behavioral disabilities even though Risperdal has serious side effects for people with those conditions.

Federal authorities said the company aggressively marketed the drug to doctors and institutions that cared for the elderly, despite knowing the risks to elderly patients. The company even had a specialized division called ElderCare that was dedicated to promoting Risperdal.

Studies have shown that there is an increased risk of death among elderly patients with dementia, especially for those with Alzheimer’s. One study found that out of 83 elderly patients who had taken Risperdal, 39 of them had died within one year of taking Risperdal. Patients with other types of dementia showed signs of increased hostility, agitation, confusion, weight gain and impulsiveness.

Children who took this drug tended to rapidly gain weight, as much as 10 to 20 pounds within three months. It also raised the rates of their cholesterol and triglyceride levels. Some boys who were on Risperdal developed a condition called gynecomastia.

This is a disorder in which male breast tissue develops abnormally, to the point that some patients who were later awarded punitive damages even lactated. Gynecomastia is permanent, and the only way to treat it is to perform breast reduction surgery or a mastectomy.

How were Gynecomastia Lawsuits settled?

Although Johnson & Johnson claims no wrongdoing, they did agree to settle five pending Risperdal lawsuits against them. The cases were scheduled to be tried in Philadelphia’s Common Pleas Court. Although the details of the settlement are unknown, the lawsuits were filed by young men who had taken the drug and developed gynecomastia.

An attorney involved in the Philadelphia lawsuits claimed that Johnson & Johnson hid the fact that Risperdal could elevate hormone levels in young males, causing alterations to the breast tissue which could lead to abnormal breast growth. The company was also accused of having its sales personnel minimize the known side effects of the drug when they spoke to physicians. The company also gave some doctors incentives to use their medications, including golf outings.

The drug company claimed that the breast development was a normal part of puberty and they denied any illegal marketing tactics. There were a total of 77 claimants for the Philadelphia cases that wanted their settlements with Johnson and Johnson enforced. The plaintiffs said the company contacted them and threatened to back out of the agreement if the plaintiffs didn’t file claims against specific third-party defendants. However, that stipulation was not a part of the original agreement.

Several states filed lawsuits claiming that Johnson & Johnson marketed the drug to doctors before it was approved by the FDA for its intended use. Allegations of the illegal marketing of Risperdal between 1993 to 2004 were made by consumer protection regulators in a total of 36 states. Louisiana, Texas, Montana and Massachusetts were among the states.

In January of 2002, Johnson & Johnson agreed to settle a Medicaid fraud lawsuit for $158 million. The Risperdal lawsuit claimed the drug was illegally marketed and it was also marketed for “off-label” uses. They made claims that the drug could help children with psychiatric disorders, such as Attention Deficit Disorder. However, there was no basis for the claims as no studies done on the effects of the drug on children with psychotic disorders.

The Risperdal lawsuit also alleged that Johnson and Johnson exaggerated the effectiveness of the drug, as well as its safety. They were accused of giving government officials money to influence them and promoted Risperdal over less expensive alternatives. This ended up costing the state of Texas millions of dollars in unnecessary over-charges to the state’s Medicaid system.

On November 29th, 2017 a federal judge remanded a Risperdal Gynecomastia lawsuit in Missourri, after rejecting the defendants’ claim that the case was fraudulently joined due to a lack of personal jurisdiction. The suit named 72 plaintiffs.

Records from the Philadelphia Court reveal that more than 3,000 new Risperdal lawsuits have been filed in the first quarter of 2017.

And it has not been the end of it for J&J that year, because according to a May 8th 2017 filing with the SEC, at least 16,900 Risperdal lawsuits are now pending in courts in the U.S. and Canada.

On November 2021, Johnson & Johnson said it has settled “substantially all” of the lawsuits it faced by thousands of men who claimed that the antipsychotic drug Risperdal caused them to develop male breasts.

The medical device and drug manufacturer disclosed that it recorded $800 million in legal expenses in connection with the settlement. It remains unclear, however, what other cases in the United States were part of the agreement.

Many Risperdal lawsuits were also pending in Pennsylvania. The pharma giant also faced cases in Missouri and California.

On May 8, 2020, a decision taken by the Second District Court of Appeal in California changed everything for Johnson & Johnson and the many plaintiffs who sued the pharmaceutical company in the risperidone lawsuit. A few months earlier, the judges granted the company a summary judgment which stopped the cases pending in the California court. However, with this decision, that judgment is reversed since the court concluded that the evidence proving that the United States Food and Drug Administration (FDA) would have rejected a revised warning label was, in fact, insufficient.

This is not the first time that the lawsuit for Risperdal hit the news in 2020, though. Back in January 2020, a judge from Philadelphia has significantly reduced the punitive damages awarded to a plaintiff who developed gynecomastia from Risperdal. In the previous verdict, the jury provided the victim with a $8 billion reward for suffering the consequences of male breast development. However, Judge Kenneth J. Powell Jr. reduced the punitive damages award to a mere $6.8 million verdict.

This reduction came as a shock, since a few months earlier, in November 2019, a court in Pennsylvania upheld a $70 million verdict in a Risperdal case. As reported by Bloomberg, back in 2016, the plaintiff from Tennessee was awarded $70 million in punitive damages after he sued Janssen Pharmaceutical because of risperidone-related abnormal breast growth.

Do You Have a Case?

If you took Risperdal and have developed gynecomastia or experienced serious side effects such as breast growth after taking the drug, you should first contact your doctor to find out if your health has been compromised. Then you can contact a civil litigation attorney in your state.

There may be a Risperdal MDL pending in your state and, if you are eligible, you may able to add your case to the centralized mass tort.

Contact us and discuss any possible case that you may have against the makers of Risperdal. You could get paid for any treatment you might need due to taking Risperdal, together with a substantial cash settlement.