Research has shown that people exposed to this herbicide might develop Parkinson’s disease.

Did you develop symptoms of Parkinson’s? Fill out our form 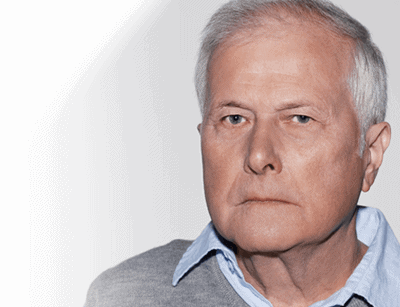 Paraquat is a popular herbicide that has been used for more than 60 years that is now the target of many lawsuits in the United States. Recent research has shown that people exposed to this chemical compound might develop Parkinson’s disease.

If you or a loved one has developed Parkinson’s disease after exposure to Paraquat, you might be eligible for financial compensation.

Paraquat dichloride (paraquat) is an organic chemical compound used as an herbicide since 1961. It is also known as Methyl Viologen or N, N′-dimethyl-4,4′-bipyridinium dichloride (systematic name).

Originally produced by Imperial Chemical Industries (ICI) well over one century ago, it reached its peak popularity as a liquid defoliant only much later, in the 1960s, to control weeds and prepare crops to harvest.

Today, it is commercially available in several strengths and is one of the most used pesticides in the US in more than one hundred different types of crops. In particular, it is appreciated as an alternative to RoundUp to kill glyphosate-resistant weeds.

January 2022 update: There are now over 700 paraquat lawsuits in the MDL. The parties are now preparing for a series of bellwether trials that are likely to begin in late 2022. Subsequent trials have dates of March 13, June 12, and September 18, all set to take place in 2023.

December 2021 update: Currently, there are 384 pending lawsuits in the paraquat MDL. Judge Rosenstengel also issued a case management order. This order establishes a method for selecting the first pool of bellwether trial cases. The plaintiffs may choose eight, while the defendants may nominate four cases for early trials.

Parties in the multidistrict litigation are also on the process of conducting fact discovery. This involves parties requesting for certain information and documents through fact sheets as well as requesting for production of documents such as medical records.

The case management order sets a deadline of March 31, 2022 for the fact discovery in the cases.

November 2021 update: Early in the MDL proceedings, defendants Syngenta and Chevron both filed motions to dismiss. The paraquat manufacturers argue that some of the cases were filed after the applicable statute of limitations has run out, some failed to adequately state a claim, and that some cases had to be dismissed for specific reasons based on state laws.

Plaintiffs’ attorneys should respond to the arguments on or before December 13.

October 2021 update: In July, despite calls from farmworker groups and health organizations to ban the use of paraquat in the country, the Environmental Protection Agency (EPA) re-approved the most acutely lethal herbicide still in use. This extends the pesticide’s registration for another 15 years.

In September, the EPA decision was frowned upon by advocacy groups. As a result, groups such as California Rural Legal Assistance Foundation, the Michael J. Fox Foundation for Parkinson’s Research, and the Pesticide Action Network North America petitioned the 9th U.S. Circuit Court of Appeals arguing that the re-approval of paraquat is a violation of the Federal Insecticide, Fungicide and Rodenticide Act.

June 2021 update: The U.S. Judicial Panel on Multidistrict Litigation (JPML) consolidated all federally filed paraquatlawsuits into the U.S. District Court for the Southern District of Illinois. Around 80 paraquat lawsuits were pending in several federal courts across the country. The Paraquat MDL was assigned to District Court Judge Nancy J. Rosenstengel. The multidistrict litigation (MDL) will allow Judge Rosenstengel to oversee the discovery, pretrial motions, and other legal proceedings in paraquat cases.

According to the Centers for Disease Control and Prevention (CDC), Paraquat is a highly toxic substance that can lead to severe poisoning in case of exposure.

The most dangerous routes leading to Paraquat poisoning include ingestion, inhalation (causing lung damage), and skin exposure, especially if the skin is not intact or the contact is long enough.

To minimize the risks of Paraquat exposure, the herbicide is now mixed with blue dye to avoid confusing it with other foods or beverages, and is added with other agents to make its odor more pungent.

Even with these measures, however, several deaths were still reported in the past due to the accidental ingestion of paraquat. In these cases, paraquat poisoning often happens when the substance is transferred to unlabeled bottles.

But a large majority of deaths from paraquat poisoning are suicides. These cases are especially seen in third-world countries, where paraquat is widely available at low cost.

The lethal dose for an adult is approximately 2.5 grams, or less if inhaled. As the U.S. Environmental Protection Agency (EPA) explained, just a single sip can kill a human. The effects of acute Paraquat toxicity include:

For these reasons, Paraquat is banned in the European Union and 32 countries have recalled it from the market over the course of the last 30 years.

Although in the United States it is still commercially available, its use is restricted only to professionally licensed applicators such as trained farmers and landscapers.

How does Paraquat cause Parkinson’s disease?

While the toxicity of Paraquat is pretty much undisputed, its link with Parkinson’s disease is still somehow controversial. Some studies found evidence that exposure to the pesticide may lead to neurotoxic effects that could cause Parkinson’s disease with a 600% increased risk.

The herbicide might destroy the cells of the nervous system in a way that closely mimics the genesis of this serious neurological disease.

The subjects affected usually require several years to gradually develop the symptoms such as hand tremors, slowing of movement, speaking difficulties, and muscle stiffness. Since these symptoms are initially so subtle, it may be hard to identify Paraquat as the principal causative agent.

Why are Paraquat toxicity lawsuits being filed in the United States?

The reason why many law firms are now suing the manufacturers of Paraquat-based products such as Gramoxone, is that they allege the companies were very well aware of its risks.

According to a former scientist from Syngenta, the principal manufacturer of Gramoxone, the company refused to evaluate several alternative formulations that were less dangerous to humans. The recent scandal was was published in The Guardian.

In particular, documents dating back to 1968, allegedly show how they insisted on releasing into the market a very toxic formulation that could cause Parkinson’s disease despite its dangers to protect their profits. Plaintiffs and their attorneys now want to hold the manufacturers responsible for all damage caused by filing litigations which could eventually evolve into a Paraquat mass tort.

Which manufacturers are being sued?

It’s worth noting that Paraquat is banned in both Switzerland and China. Aside from these countries, however, there are over 32 nations around the world who have already banned, restricted, or withdrawn paraquat product use due to its toxicity. These include Brazil and the European Union (EU) nations, among several others.

Together with the EU, China, and Brazil, the United States is one of the four largest producers and users of agricultural pesticides in the world. Among the four, however, the US remains the only country that hasn’t banned the herbicideparaquat yet.

Why should you file a Paraquat lawsuit in 2022?

Many Paraquat toxic exposure lawsuits have been filed across the United States by plaintiffs who have been diagnosed with Parkinson’s disease.

Seeking justice in a court can be your only opportunity to obtain the financial means required to deal with the costs of disease, pay your medical bills, and face the financial damage due to loss of work.

Successful litigation can also provide you with compensation for other damages such as psychological ones and/or loss of consortium. Let us help you find the justice you deserve – We’re here to assist you in finding appropriate legal counsel and the right attorney for you.

See if you qualify!