Did you use 3M Earplugs & have hearing problems? 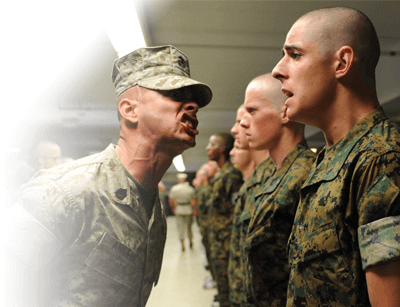 In a nutshell: Defective 3M earplugs

The defective Dual-Ended Combat Arms Earplugs sold by 3M to the military for years may have caused thousands of U.S. soldiers to suffer from hearing loss. According to an investigation by the Department of Justice, the manufacturer provided defective military-grade earplugs that put users at risk for permanent hearing impairment and loss, forcing many servicemen and women to file a lawsuit.

If you are a U.S. Army veteran who suffers from tinnitus, hearing loss or any kind of hearing problems after having been issued 3M earplugs between 2002 and 2015, you may be eligible for monetary compensation if you file a claim. Contact us today – We are here to assist you in finding the truth about the defective combat earplugs by 3M and guarantee the success of your lawsuit.

How are military earplugs supposed to protect soldiers from hearing loss? 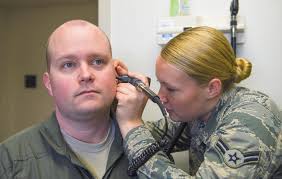 Tinnitus is a form of hearing loss characterized by the sensation of hearing an intermittent or continuous noise, buzzing, ringing, or whistling. It ranges from a mildly annoying problem to a life-wrecking condition since the sound may become particularly loud when background noise is low, such as during the night where it can interfere with sleeping. Hearing loss is associated with lack of concentration, difficulties in maintaining social relationships, and a higher risk of depression.

Soldiers are particularly exposed to loud combat sounds such as roadside bombs, gunfire, sudden explosions, bombardments, tanks, aircraft, and much more. These sounds may permanently damage the hearing organs, causing tinnitus and other forms of hearing loss. Ear protections such as combat earplugs are used to block equipment noise which can overstimulate hearing, as well as shield eardrums from sudden sounds such as gunfire and explosions. At the same time, they still allow fighters to communicate freely while on the battlefield.

Hearing protections are vital to the military department. According to the U.S. Department of Veterans Affairs (VA), despite the use of earplugs, more than half of combat soldiers who took part in overseas operations eventually suffer from relevant hearing damage. Each year, the VA spends over $1 billion in medical costs to treat the more than 800,000 veterans affected by these problems. Currently, with over 2.7 million total veterans receiving military disability benefits for hearing loss, this condition represents the largest ongoing medical cost of the U.S. Army forces.

Why are the 3M military earplugs dangerous to U.S. soldiers?

After a thorough investigation, the Justice Department determined that defective combat earplugs were behind the high incidence of hearing damage suffered by many Iraq and Afghanistan soldiers who served between 2002 and 2015. According to official documents, the now-discontinued Dual-Ended Combat Arms Earplugs Version 2 (CAEv2) manufactured by 3M were, indeed, part of the standard-issued protection equipment of thousands of U.S. service members.

According to lawsuits, however, the design of these earplugs was flawed, resulting in the devices being too short for proper insertion into users’ ears, causing them to loosen and underperform in many instances progressively. The consequence was an increased risk of tinnitus and partial or total hearing loss.

Did 3M know about the defect of the military earplugs all along?

Why the fraud committed by 3M constitutes a serious crime?

The U.S. government often lacks the necessary resources to provide our military forces with all the equipment they need, especially when the most modern devices used by our soldiers employ unique technologies. The federal authorities must, therefore, rely on private companies and contractors to manufacture these critical products used by U.S. servicemen and women protect American interests at home and abroad. The military pays to receive high-quality equipment, but when goods delivered are later found to be defective or outright broken, the damage is inflicted to our whole society. 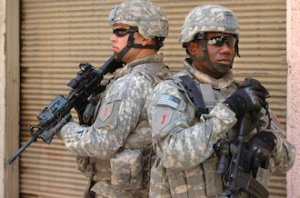 First and foremost, defective equipment as the 3M dual-sided hearing protection may prove to be hazardous to our soldiers and veterans. Political and ideological differences have always been put aside when the health of our war heroes is the matter at hand. Economic and private interests should never interfere with providing those who serve the country in uniform with the best quality equipment. After all, they’re risking their very lives countless miles away from their homes for one single purpose – granting us the safety and freedom we enjoy every day.

But that’s not all. The U.S. government spends nearly $500 billion on defense and international security every year – almost 20% of the federal budget. According to a Department of Defense report released by Senator Bernie Sanders, the Pentagon has paid $1.1 trillion in 10 years to defense contractors who had defrauded the government. When a private contractor such as 3M commits fraud, and this money is lost, the price is paid American taxpayers as the government must face additional expenses that could be reinvested into additional services such as Veteran health care or other army welfare departments.

Many U.S. veterans filed a lawsuit against 3M blaming the company for the hearing problems they suffered after using their defective military earplugs. In April 2019, the Judicial Panel on Multidistrict Litigation (JPML), centralized 635 claims in the 3M Combat Arms Earplug Products Liability Litigation (MDL Number 2885) overseen by Honorable Judge M. Casey Rodgers. In less than one month, as per May 2015, the number of lawsuits filed rose to 813 – more than five new tinnitus cases per day. Ultimately, 3M may choose to wrap many of these claims by reaching a settlement rather than risk going to trial.

A recent lawsuit filed by plaintiff Anthony F. Ascanio (Ascanio v. 3M Company et al.) has provided a clearer picture of the manufacturer’s serious responsibilities in damaging the soldiers’ hearing. According to the accusations, Aearo lied on the earplugs’ ability to protect against sudden sounds and conduced sham testing that were later manipulated.

The company ran its tests in-house instead of using an independent lab as the military and federal law required. The test they ran showed that the earplugs provided a Noise Reduction Rating (NRR) of just 10.9 instead of the required 25 to 40 minimum. During their combat tests, one of the ends of the earmuff even provided an NRR of -2, meaning that rather than providing protection against sounds, it even amplified it just like a hearing aid would. The company manipulated the results of these tests to convince the military that the product’s effectiveness was within the specification range.

Let’s fight this battle together

If you or one of your military friends are among the unfortunate war heroes who must deal with tinnitus or hearing loss because a defective 3M military combat earplug failed to protect your ears, we’re here to help you. Those who failed to protect your health while you protected our country from our enemies must be held liable for all the pain you had to or have to suffer. Whether you’re a veteran or still in active duty, contact us and we will help you to take action by filing a 3M lawsuit. Please fill out our form here.

What’s the payout per person in the 3M Earplug lawsuit?

The likelihood of receiving a compensation and the payout amount after filing a lawsuit against 3M depends on many factors. It is important to note that since the judges choose to consolidate all cases into an MDL, the 3M defective combat earplugs one is a mass tort rather than a class action right now. This means that each military case will be treated separately, and the payout per person will vary depending on individual characteristics (i.e. the extent of damage, the amount of suffering, individual settlements, etc.).

How Much Money Can I Get in a 3M Settlement?

Chances are that, if the first few bellwether cases end with a victory for plaintiffs, the defendant may opt to settle other cases on an individual basis, offering each other soldier injured by earplugs a certain amount of money before reaching trial. In any case, since 3M has already paid a $9.1 million fine to the Justice department, it is unlikely that new documents will be found in the discovery phase that could sway the jury from reaching a verdict against the company. Eventually, most tinnitus claims are resolved as new settlements are reached with the company.
Contact us at info@drugwatcher.org for more info.