Complications after a
transvaginal mesh implant?

If you suffered from side effects after receiving a mesh implant, you may be eligible for compensation. 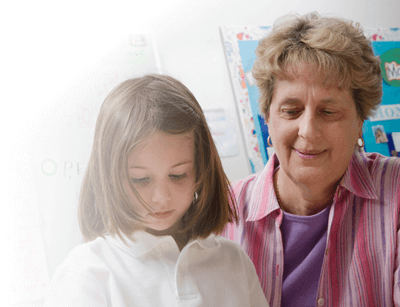 Have you been using a Mesh?

If you used a mesh in the past or still use it, you might want to read on.

The Federal Food and Drug Administration was created to protect consumers against harm or injury from food and drugs or medical devices. However, it appears as if they did not require significant testing before they gave their approval to these transvaginal mesh devices. After being on the market for only three short years, the very first device that was approved was recalled. There were reports that it was not functioning as was fully intended and was resulting in a much higher than expected rate of vaginal erosion, according to the FDA. As a result, there have been a number of lawsuits filed against these manufacturers.

In 2012, thirty-four pelvic organ prolapse mesh manufacturers and seven of the stress urinary incontinence mesh manufacturers were told to do 109 post-marketing studies in order to examine the safety and potential for adverse events that were related to their devices. Despite the fact that these difficulties are known, the devices have not been recalled as of right now by the manufacturers or the FDA.

March 2021: Boston Scientific will pay $188.7 million to settle claims that it deceptively marketed its surgical mesh devices to consumers.

The settlement with 47 states and Washington, D.C. was announced in March 2021. The manufacturer also agreed to describe more accurately to consumers the safety and risks of using mesh.

2020: CR Bard reached a similar agreement to pay $60 million in September.
2019: Ethicon (Johnson & Johnson) agreed to a $117 million multistate settlement over the devices.

2018: In March 2018, two plaintiffs from Indiana, Barbara and Anton Kaisera, received a $35 million compensation after a nine day trial. The nine-member jury in the United States District Court for the Northern District of Indiana awarded the couple $10 million in damages after the woman suffered from severe pelvic pain and other injuries as a consequence of being implanted with Johnson & Johnson’s Prolift mesh. The jurors also hit J&J’s sub-division Ethicon with $25 million in punitive damages after finding the manufacturer negligently designed the device and failed to properly warn the public about its serious risks.

Following is a list of the companies that have been named in these transvaginal mesh lawsuits.

There have been over sixty thousand different transvaginal mesh lawsuits that have been combined into federal multi-district litigations, or MDLs, in the US District Court for the Southern District of West Virginia. This isn’t including lawsuits filed elsewhere. One MDL suit has reached a settlement outside of the courtroom by Ethicon, which is a Johnson and Johnson subsidiary.

There are other states and federal district courts that are currently supervising thousands of transvaginal mesh lawsuits against these manufacturers. 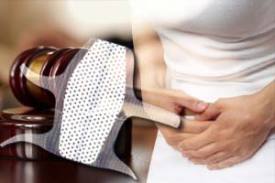 Following is a bit of the history of the transvaginal mesh lawsuits. This list includes cases that have either already gone through trial or been settled out of court.

Attorneys that are representing the victims in these cases are making claims that the manufacturers have been negligent. Following are some of the areas that negligence is being claimed.

Secondly, the manufacturers of these devices did not conduct significant clinical trials in order to determine whether or not they were safe and effective for treating pelvic problems in women.

The manufacturers did not establish safe, effective methods for removing these transvaginal mesh devices.

Finally, the manufacturers of these devices hid their knowledge that these devices could result in permanent and even debilitating injuries, including death, even though they had a legal and moral obligation to release such information.

At this time, there have been over forty products named in the current transvaginal mesh lawsuits and many more are expected to be filed as more women experience issues and come forward.

Information About These Devices

Since the mid-1990s, these transvaginal mesh devices have been used to treat issues of pelvic organ prolapse and stress urinary incontinence in women. These devices were supposed to be an improvement of the methods used in the past. However, instead results have been thousands of serious adverse reactions, including permanent injuries and even death.

This category of medical devices includes “slings” which is a net-like mesh that is implanted in order to suspend the bladder or uterus. This sling is implanted “transvaginally” or through the vagina instead of through traditional abdominal surgery.

Transvaginal mesh is very similar to the mesh that was used to repair hernias and other tissues that was original approved by the FDA under 510(k) status. This status allows the manufacturer to avoid having to go through rigorous and costly studies in order to prove safety and effectiveness of a product. The 510(k) program only requires that a manufacturer make a claim that the device is not substantially different than the other devices that are already on the market.

The 510(k) process of the Food and Drug Administration could be at least partially to blame for the thousands of serious adverse events that have been caused as a result of transvaginal mesh. In 2008, the Food and Drug Administration released a statement that the procedures using transvaginal mesh did not appear to be any more effective and were actually much more likely to increase the risk of Serious Adverse Events, or SAEs. Even with this opinion and the objections of many medical groups, these transvaginal mesh devices have not yet been recalled.

There have been thousands of lawsuits that have been filed by the victims and the families of those victims that have been injured or killed due to the implantation of transvaginal mesh products and this number is expected to reach over 100 thousand.

The Food and Drug Administration defines a serious adverse event, or SAE, as a medical event that is a result of a medical product that results in the patient being hospitalized, birth defects, permanent injuries, or even death. The transvaginal mesh devices have required revision surgery and have resulted in permanent injury, and even death, to many victims, resulting in a number of transvaginal mesh lawsuits

There have been several serious adverse events that have been caused by the implantation of mesh devices. These SAEs include the following:

The transvaginal mesh devices have eroded through the vaginal wall, which can result in perforation of organs. This results in scarring of the vaginal wall, shrinking of vaginal tissues, and even severe bleeding and/or pain. Erosion can require multiple surgeries in order to correct the damage- and in some cases, the erosion caused by transvaginal mesh could be permanent.

When the transvaginal mesh begins to erode, it can result in the vagina or other organs to become perforated. This can result in intense pain and/or bleeding and causes a significant increase in the risk for developing an infection. Perforation of organs typically requires surgery to correct- however, in some cases, the damage is likely to be permanent.

Corrective surgery or even surgeries could be required in order to repair the damage that is caused by transvaginal mesh that has perforated or eroded could be required in order to address the original issue of pelvic organ prolapse or stress urinary incontinence that was not resolved by the transvaginal mesh . In some cases, one surgery will be able to correct any damages caused. However, in some cases, multiple surgeries will be required. Every surgery opens the patient up to more pain and an increased risk of infection, scarring, and excessive bleeding.

In some cases, women have died due to the perforation of their organs caused by erosion of the transvaginal mesh device. Additionally, the risk of death is increased by excessive bleeding or infections caused by the device.

There are a few other effects that can potentially be caused by transvaginal mesh. These effects are debilitating, but are not life-threatening.

If you have had a transvaginal mesh implant and are experiencing problems, you should consider speaking with an attorney to find out more about your rights. In most cases, an injury attorney will review your transvaginal mesh lawsuit for free and if you chose to move forward, you are not required to pay for representation unless you win your case.