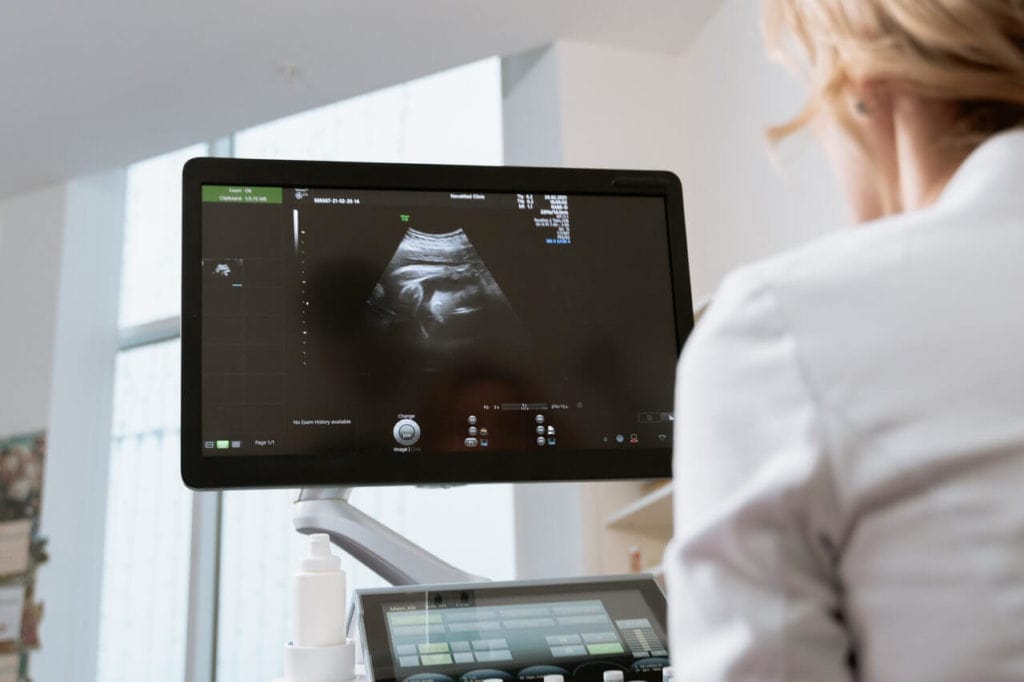 Along with the implant, an intrauterine device (IUD) is a type of long-acting reversible birth control method.

It is a small, T-shaped device that the doctor places in the uterus to prevent pregnancy.

Within one year, fewer than 1 out of 100 women with an IUD will get pregnant, which makes it one of the most effective and reliable forms of birth control on the market.

However, no form of contraception is completely fool-proof or a hundred percent effective.

While it is considered rare, it is possible to get pregnant while using an IUD.

Continue reading the article to learn more about why this happens, and what are the symptoms and risks that come in rare cases of pregnancy with an IUD.

Pregnancy with an IUD: How does it Happen?

According to the Centers for Disease and Control Prevention (CDC), the copper IUD has a failure rate of 0.8%.

On the other hand, the hormonal IUD, also called as the levonorgestrel intrauterine system, has a failure rate of 0.1-0.4%.

Although both types are considered to be generally safe and effective, in rare cases, a woman may become pregnant while on IUD. In other words, the IUD may lose its contraceptive abilities because of different reasons.

What Can Cause an IUD to Fail?

A woman can get pregnant if the device has slipped partially or completely out of the uterus.

However, at times, it may be difficult for women to recognize the symptoms that their IUD has indeed moved out of place.

But IUD expulsion may be more likely for a certain group of women.

According to the American College of Obstetricians and Gynecologists (ACOG), the rate of expulsion is from 2-10% within a year of IUD insertion.

ACOG also found that women who breastfeed or immediately get an IUD after giving birth may be more likely to have their IUD move out of place or get expelled.

In some cases, you can also become pregnant while using an IUD if the birth control device has not taken full effect yet.

It is important to note that the hormonal IUDs Mirena, Skyla, Liletta, and Kyleena may take up to seven days before it becomes effective. This means that you could get pregnant if you have sex without condom or any other back-up form of contraception during this period.

Meanwhile, the copper IUD, Paragard, can help you prevent pregnancy immediately after IUD insertion by a doctor.

In fact, a copper IUD can even be inserted up to 5 days after unprotected sex in order to prevent pregnancy.

But did you know that despite the many benefits of the copper IUD, its only brand sold in the United States has a lawsuit under its name?

In fact, more and more women who used Paragard are now filing lawsuits because of complications they experienced after the birth control device was implanted into them.

According to recently filed complaints, a number of women endured a broad range of complications and injuries because of the birth control IUD Paragard being defective and prone to breaking inside the body of the woman who had it implanted.

This resulted in dangerous side effects including fractures, infection, and even ectopic pregnancy.

Unfortunately, even with the complaints brought to the attention of the court, the copper IUD is still present on the market up to this day.

In fact, the latest Paragard recall initiated by the manufacturer back in 2014 only cited lack of assurance of sterility as the reason when it pulled two lots of the product from the market.

Since then, no recall has been issued on the product which recognizes its breakage issues.

What is an Ectopic Pregnancy?

IUDs are known to be more than 99 percent effective in preventing pregnancy.

And even though the birth control device is generally considered to be safe and effective, rare failures can still happen.

For instance, it is possible for a woman to get pregnant with an IUD.

Even though it is unlikely, it can still happen. 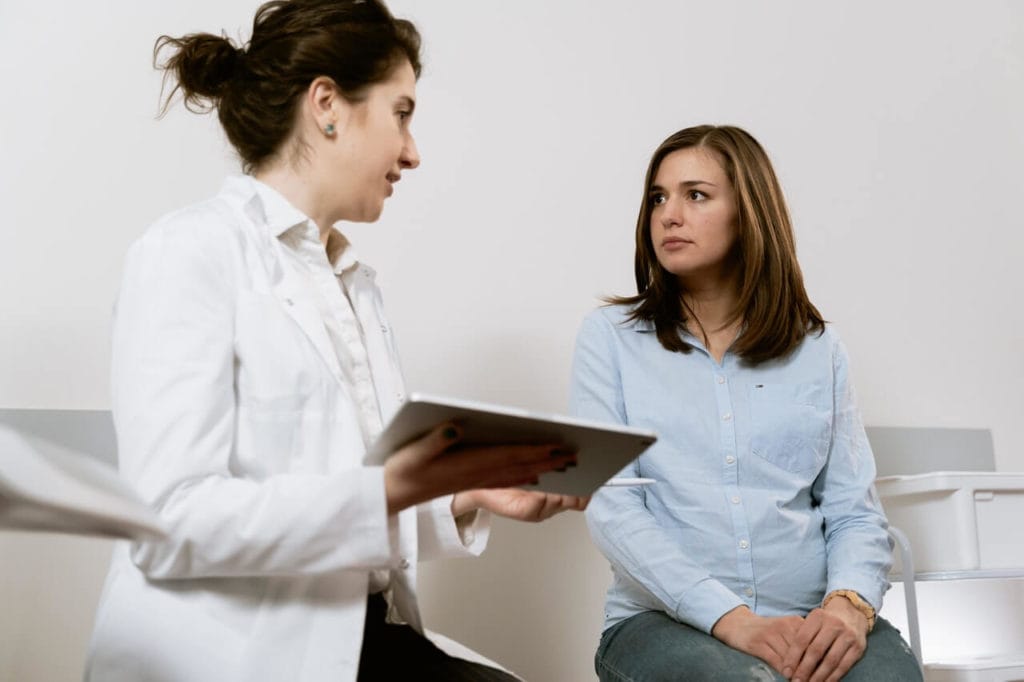 And getting pregnant while using an IUD may mean that you are at a higher risk of ectopic pregnancy or miscarriage.

Ectopic pregnancy happens when a fertilized egg grows outside the uterus of a woman, either in the fallopian tube or somewhere else in the belly.

And although ectopic pregnancy is rare, it could be serious. It can cause life-threatening bleeding which warrants a visit to the doctor right away.

If you do get pregnant with an IUD in place, it heightens the risk of you having an ectopic pregnancy.

But having an intrauterine device implanted means that your risk of getting pregnant in the first place is low, as well as your overall risk of suffering from ectopic pregnancy.

Ectopic pregnancies can also occur in more than 1 out of 100 sexually active women who do not make use of any birth control methods.

Can a Pregnancy Survive with an IUD?

A miscarriage, or spontaneous abortion, happens when a pregnancy ends before its 20th week.

At which point, the fetus is not developed enough to be able to survive outside of the uterus.

Meanwhile, if in case you get pregnant with an IUD in place, the intrauterine device increases one’s risk of miscarrying. If a woman wants to stay pregnant, it’s important to have the IUD removed by a doctor or health care provider early into the pregnancy.

What are the Risks to Keeping the Pregnancy?

Being pregnant with an IUD means it is more likely to occur outside the uterus.

Ectopic pregnancies are unlikely to grow without posing a number of risks to the woman’s overall health.

The following are some of the risks associated with IUD pregnancies:

An increased exposure to the hormones in certain kinds of IUD could also possibly affect pregnancy.

How Do You Know if You’re Pregnant with an IUD?

Getting pregnant with an IUD means pregnancies could either be intrauterine or ectopic.

Meanwhile, an ectopic pregnancy occurs when a fertilized egg implants itself in the fallopian tube or other locations outside the uterus, and poses serious health risks to the woman.

In intrauterine pregnancies, you may notice usual pregnancy symptoms, including:

Having an IUD in place means the pregnancy is more likely to be ectopic. And in case of ectopic pregnancies, here are some symptoms you should watch out for:

An ectopic kind of pregnancy is considered as a medical emergency. If you happen to experience any of these symptoms, call your doctor right away.

If you suspect that you are pregnant, you should take a home pregnancy test first. These are available over the counter, and they can diagnose pregnancy even at its earlier stage.

If you have gotten a negative result but you are still worried, call your doctor who can confirm it for you or do additional tests if necessary.

Additionally, if you experience uncommon symptoms or suspect that the test is not accurate, you should see a doctor as well.

But if you got a positive result following the pregnancy test, make an appointment with and inform an ob-gyn or other health care provider and be sure to explain your situation.

The ob-gyn may order an ultrasound and perform urine or blood tests to confirm the results and discuss with you the next steps you should take from there.

When to See a Doctor or Health Care Provider

If you have an IUD, call your doctor if in case you:

You should also tell your doctor if you experience any of these symptoms while having an IUD:

If you think your IUD has failed, you should contact your doctor or ob-gyn or any other health care provider right away.

There is no single form of contraceptive that is perfect for all women.

And even though IUDs are generally considered to be one of the safest and most effective birth control methods, in rare instances, it is still possible to get pregnant while on it.

You could possibly experience a myriad of complications if you happen to experience this.

If you are considering having an IUD, it is important to talk to your doctor about whether this device is right for you.