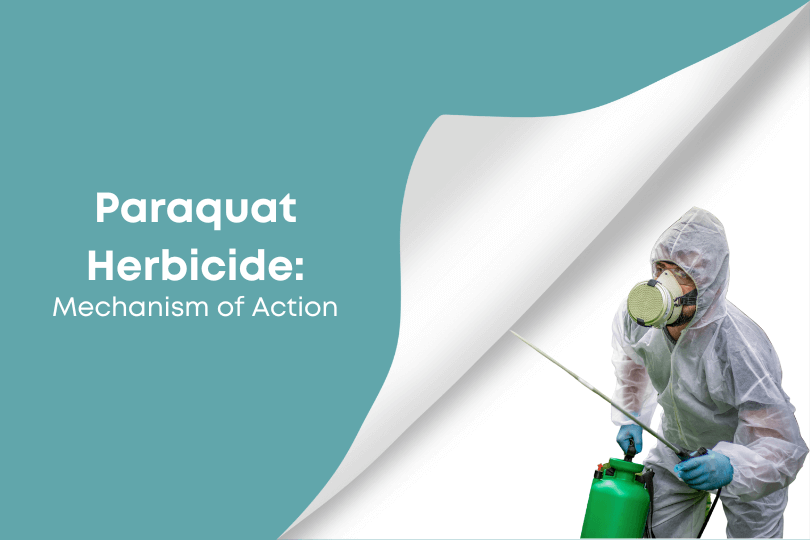 Paraquat works by rapidly killing green plant tissue on contact, inducing membrane damage and cell death in the process. And while its mode of action may offer some background on what is paraquat, a few mechanisms of its toxicity is still poorly understood today. And although the herbicide is formulated to be toxic to plants – thus being highly effective in killing unwanted weeds and grass – studies in recent decades have also found paraquat to be toxic or lethal to humans and animals.

Research has particularly implicated paraquat in Parkinson’s disease. In fact, thousands of plaintiffs have filed a paraquat lawsuit after they developed Parkinson’s and later found out the potential connection between the chemical they have been handling for years and a brain disease.

Plaintiffs allege that paraquat manufacturer Monsanto – now acquired by German company Bayer – failed to warn them about the dangers of paraquat, which they could have avoided if the health risks associated with the weed killer had been indicated on its label. Unfortunately, most of the time, victims of paraquat exposure who were diagnosed with Parkinson’s disease years after they have worked closely with the weed killer have no way of knowing what could have caused their disease.

And that is where the importance of talking to an experienced and reliable paraquat attorney comes in. An attorney can help you determine if your Parkinson’s disease diagnosis is related to paraquat by helping you gather medical records and evidence of significant exposure to the chemical.

If you or your loved one developed Parkinson’s after prolonged exposure to paraquat, contact us today and we will get you in touch with the perfect paraquat attorney who will help you achieve justice that you deserve.

How does Paraquat work?

Paraquat works by targeting the chloroplast and diverting the flow of electrons from ‘Photosystem I,’ which results in the production of toxic reactive super oxides that rapidly disintegrates cell membranes and tissues.

When these cell membranes are destroyed, water quickly escapes from the plant, causing their dehydration. What follows is the visible damages, such as yellowing, browning, wilting, and eventual death of treated plants.

What is Paraquat mode of action?

There are certain classifications of the modes of action of herbicides according to the plant process that they affect. For instance, herbicides may target photosynthesis, cell division, or target specific enzymes in a plant. Paraquat, in particular, primarily inhibits photosynthesis. The paraquat mode of action are listed below.

The chlorophyll absorbs energy from sunlight and converts it into chemical energy. This process is called photosynthesis – a process that is not only important to plants, but also essential to all life on earth – as both plants and animals depend on it. This is also the very process that paraquat disrupts. The chemical acts on photosynthetic cells by preventing the conversion of absorbed light energy into chemical energy.

Nitric oxide synthases are a family of enzymes that produce nitric oxide (NO), which has some beneficial effects on certain lung diseases. However, evidence exists that paraquat can cause inhibition of nitric oxide (NO) synthesis, which may cause excitotoxicity in the lungs.

Excitotoxicity may occur in the lungs when there is overactivation of N-methyl-D-aspartate (NMDA) receptors, a process that can provoke pulmonary edema or a buildup of fluid in the lungs.

3. Other modes of action

Apparent herbicide injuries such as browning of the plant tissue typically occur in one to two hours under warm and bright conditions. Destruction of cell membranes can be seen on the surface through rapid browning of plant tissue. 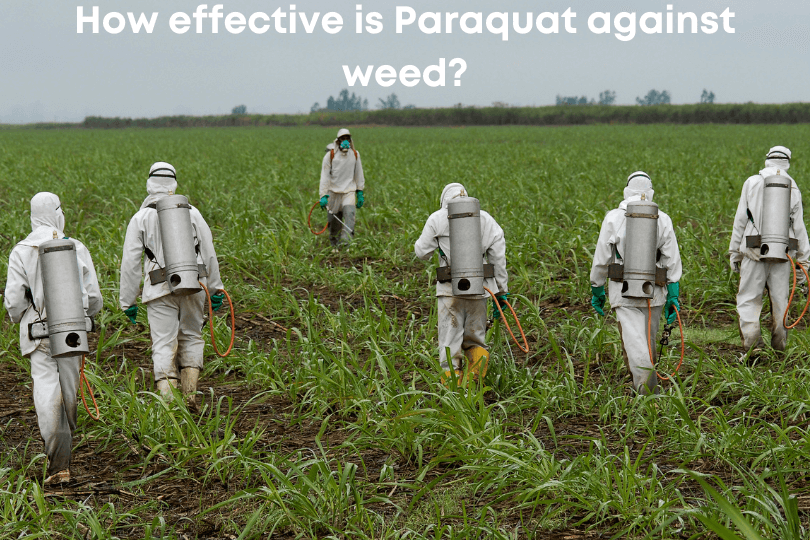 How effective is Paraquat against weed?

Paraquat is effective against a wide variety of weeds, including around 32 broadleaf weeds and early-season grass weeds. Paraquat use is also known to be an effective part of an integrated weed management plan, as it can control difficult weeds, which are weeds that have developed herbicide resistance.

And although it is supposed to be safe when used as directed on the label, paraquat remains to be occasionally involved in cases of intentional and accidental ingestion, with the former becoming a growing problem in certain less developed countries while the latter being a result of people violating recommended practice when using the chemical.

How fast does Paraquat work?

Paraquat is a fast-acting weed killer that works in a few hours in sunny weather. Under cool conditions, the process may take a bit longer, or for up to several days before wilting is apparent in paraquat-treated plants.

If it rains, paraquat is also rainfast in only 15 to 30 minutes. Rainfastness is the ability of pesticides to withstand rainfall in order to ensure proper efficacy.

How do you get exposed to Paraquat?

Exposure to paraquat may occur in different ways, and each one is associated with human toxicity. The routes of paraquat exposure are listed below.

How does paraquat damage human tissue?

There are different mechanisms behind paraquat toxicity. The most common ways that paraquat damages human tissue are listed below. 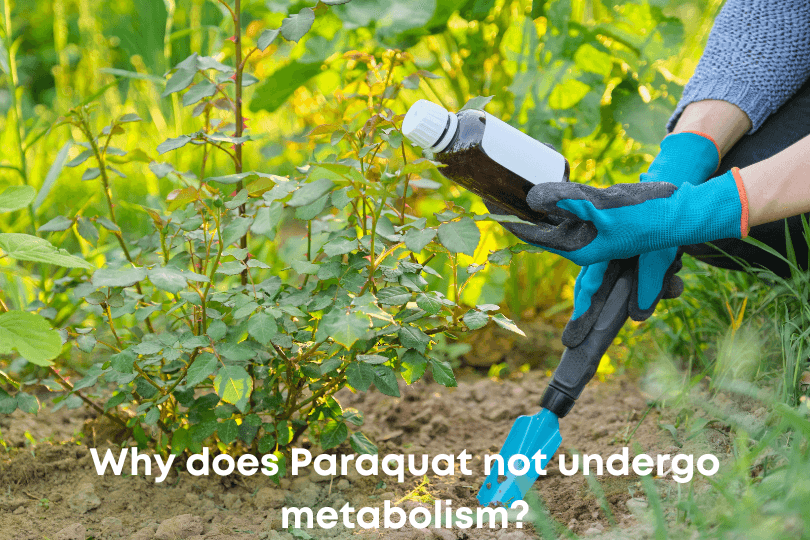 Why does Paraquat not undergo metabolism?

Paraquat does not undergo metabolism because it is rapidly transported to cells following exposure, where it undergoes redox cycling to form highly reactive free radicals. This is the very mechanism that makes paraquat acutely toxic.

Furthermore, the kidneys also quickly clear the body of absorbed paraquat, with 80 to 90% excreted in the urine within the first six to 24 hours. However, the remaining amounts of the chemical still makes renal failure possible. And when renal failure from paraquat poisoning starts to develop, the urinary excretion of paraquat is also extended by up to 120 hours.

What organs does Paraquat damage?

Paraquat organ damage is one of the leading causes of death among victims of exposure. Below is the list of organs that paraquat damages.

How do you treat Paraquat poisoning?

Paraquat poisoning is treated by using treatment options, such as Fuller’s earth, activated charcoal, medications, or certain antioxidants. Fuller’s earth is the first-line treatment for paraquat intoxication because of its superb adsorption properties, which helps reduce the absorption of the chemical in the body.

Activated charcoal is also considered in poisonings that occurred by mouth. It is usually taken orally and has pores that can trap toxins and chemicals. Medications can be used to improve some paraquat poisoning symptoms, such as breathing difficulties and low blood pressure.