Home / News / What is Paraquat: Ingredients, Use, and Side Effects 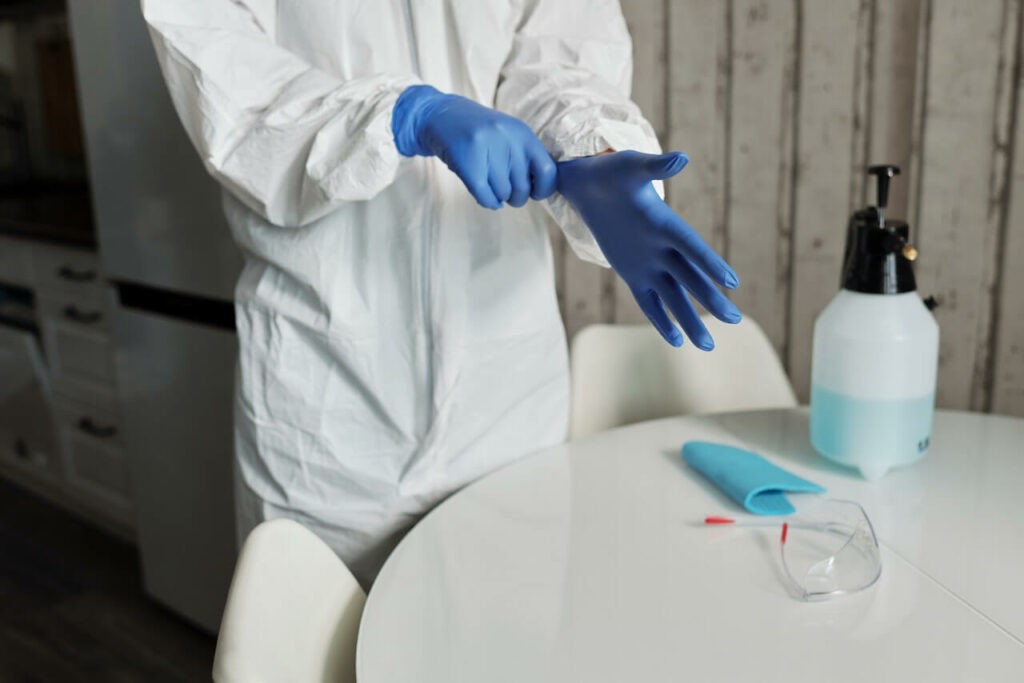 And one particular herbicide has been the target of lawsuits filed across the country because of the wide array of health risks associated with it, particularly Parkinson’s disease – the paraquat weed killer. Paraquat is one of the most commonly used herbicides in the United States. It is classified as a restricted use pesticide (RUP) due to its acute toxicity. In fact, the Environmental Protection Agency (EPA) states that even one sip can be lethal, and there’s no antidote to save you.

Paraquat is primarily used for crop farming and weed and grass control. But it was for these uses that the health risks linked to the toxic chemical have come to light. Plaintiffs who have filed a paraquat poisoning lawsuit were witnesses to the dangers of paraquat. Many of them were farmers, licensed applicators, and agricultural workers who used to apply paraquat in agricultural and non-agricultural settings.

After years of chronic paraquat exposure, they subsequently developed Parkinson’s disease. However, a considerable amount of time has already passed before they were given a diagnosis. What’s worse is that oftentimes, they have no way of knowing that paraquat caused their condition.

Paraquat is a highly toxic herbicide that is only available for purchase and use by certified pesticide applicators. These individuals are required to take a paraquat herbicide training program every three years in order to mix, load, and apply the chemical.

Tragically, these very people are also the ones who are most likely to be at risk for paraquat poisoning. Paraquat is the active ingredient in Gramoxone, which is just one of the many brand names paraquat is sold under.

What are Paraquat ingredients?

Paraquat products have paraquat as their active ingredient. However, these paraquat-containing formulations are also made up of a cocktail of ingredients that may contribute to the overall toxicity of the weed killer. The most common paraquat ingredients are listed below.

How is Paraquat made?

Paraquat is made by using paraquat dichloride, an organic chloride salt, which appears as a white, crystalline, and odorless powder in its purest form. This salt is then used to make several other paraquat-containing products on the market like Gramoxone.

Paraquat is also referred to as methyl viologen, an organic compound that has a handful of commercial uses but is more frequently used as a broadleaf weed killer.

Paraquat looks like a blue liquid. This is because of the distinctive blue dye that manufacturers inject the chemical with to avoid accidental ingestion, as it is likely to be confused with beverages.

Gramoxone is a popular brand name for paraquat. The herbicide has a noticeably pungent smell that serves as a warning for people that the chemical is toxic.

No, paraquat is not the same as Agent Orange. While both are highly toxic weed killers, they have different chemical structures. The pesticide paraquat is a viologen that acts by inhibiting photosynthesis, which then leads to the production of destructive reactive oxygen species (ROS).

Paraquat kills all green plant tissue it comes into contact with, especially weeds and grasses. On the other hand, Agent Orange is the code name given to a defoliant that was used extensively by the U.S. military during the Vietnam War.

It is a mixture of two herbicides, namely 2,4,5-T and 2,4-D, with the former component being the source of concern for containing significant amounts of TCDD, a type of dioxin which is the most toxic among its kind.

Dioxin was not an intentional ingredient added to Agent Orange. It was an unwanted byproduct that was produced during the manufacturing of the chemical. TCDD is known as a cancer-causing agent, and it can also persist in the environment for years. This chemical compound is what makes Agent Orange notoriously toxic. The chemical is also associated with major health risks such as nerve disorders, hormone disruption, birth defects, and miscarriages.

Although Gramoxone is the most popular brand name of paraquat sold in the United States, several other paraquat manufacturers sell the herbicide under many trade names. Products that contain paraquat are listed below.

Is Paraquat in Roundup?

And while these claims blame Roundup’s active ingredient, glyphosate, for causing cancer in many people, it is worth noting that glyphosate is just a part of the product’s ingredient list and several other chemicals are actually included in the formulation. In fact, experts believe that this combination of chemicals is what makes Roundup much more toxic than just glyphosate on its own.

What is Paraquat used for?

Paraquat is used for weed and grass control in many agricultural and non-agricultural settings. Applicators also spray it before planting or harvest in different types of crops, such as corn, cotton, soybean, peanuts, and wheat.

The chemical can also be applied as a desiccant and defoliant in certain crops. As a non-selective contact herbicide, paraquat can quickly terminate crops and kill vegetation quickly by contact and translocation within the plant.

How does Paraquat work?

Paraquat works by inhibiting the photosynthetic or food-producing process in plants, rapidly transferring the electron to oxygen, and forming a highly reactive superoxide free radical. This results in the disintegration of plant membrane and tissues, rapidly killing the plant in just one to two hours.

Upon coming into contact with soil, reports state that it has a half-life of more than 1,000 days. In another study, paraquat residues persisted in the soil environment from 16 months in laboratory conditions to 13 years in a field study.

What does Paraquat kill?

Soon after paraquat’s herbicidal properties were discovered, it quickly became a popular favorite tool among farmers. It was initially seen as an agricultural breakthrough because of the speed at which it can kill the following:

Yes, paraquat kills grass. The herbicide paraquat is primarily used for grass control, which is vital to agriculture because grasses tend to decrease yields, interfere with harvest, and compete for the same resources such as water and nutrients.

No, paraquat does not kill trees. However, long-term use can cause unintended damage to trees. Herbicides can move through the air during or soon after the time of application to nearby areas, which can cause damage to trees.

Another way tree damage from herbicides can occur is through root uptake. Chemicals that move through the soil can affect tree roots even at a farther distance, as some roots are known to extend beyond the canopy of the tree.

Common symptoms of damage in trees caused by herbicides include deformed foliage, stunted stem and branch growth, discolored foliage, and browning and death of leaves.

Yes, paraquat is dangerous. And exposure to the chemical does not only harm humans, but animals and the environment as well. In humans, different routes of exposure can cause damage to the body, but ingestion is the most likely to result in paraquat poisoning, long-term complications, and even death.

The lung is the target organ for paraquat toxicity, followed by the kidney. The weed killer is also poisonous to pets, birds, and even mammals. Accidental ingestion of concentrated solutions can also cause severe gastrointestinal distress in pets, such as abdominal pain, vomiting, and diarrhea. Evidence also exists that paraquat has delayed toxic effects, including death of birds and mammals.

Lastly, paraquat can cause serious harm to the environment and aquatic water bodies. The chemical tends to persist in the environment and can potentially cause soil pollution. Reports also exist that there is presence of paraquat dichloride in certain bodies of water, where it can adversely affect aquatic organisms.

Why is Paraquat still used?

Paraquat is still used because the Environmental Protection Agency (EPA) has renewed its approval for the toxic chemical despite strong clamor for a paraquat ban by farmworker groups, green groups, and health organizations. This review and reassessment is done every 15 years for all registered pesticides in the country.

This recent decision was challenged with a lawsuit filed by the same advocacy groups. Today, despite its acute toxicity, mounting evidence showing its connection to Parkinson’s disease and continuously growing lawsuits against its manufacturer, paraquat remains one of the most widely used herbicides in the United States. And tons of the chemical will still continue to get applied to a million acres of agricultural land for the next 15 years.