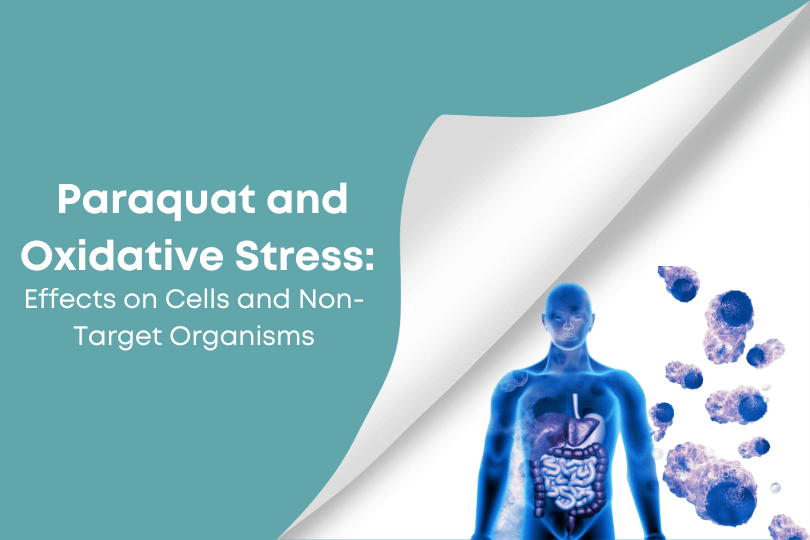 Oxidative stress is also linked to a handful of health conditions, including cancer, diabetes, and neurodegenerative diseases, such as Parkinson’s disease. Interestingly, oxidative stress is a phenomenon involved in the mode of action of paraquat, and is believed to be the main process that makes the popular herbicide effective in killing plant cells.

Unfortunately, paraquat has also long been controversial and under constant scrutiny because of its effects on the environment and human health. Mounting evidence has demonstrated how chronic paraquat exposure in humans can attack the cells through oxidative stress and end up causing Parkinson’s disease.

In fact, plaintiffs who have filed a paraquat exposure lawsuit claim that they have not been warned of the risk of Parkinson’s disease that comes with being exposed to the popular herbicide. As a result, they are now holding paraquat manufacturers liable for their injuries by fighting for their rights – just like what more and more individuals adding up to the long list of paraquat claims are doing.

Read below to learn more how exactly paraquat causes oxidative stress and how this phenomenon ends up damaging our cells, our DNA, and eventually causing unsuspecting people’s demise.

What Is Oxidative Stress?

Oxidative stress is a phenomenon that involves the excess production of free radicals over antioxidant defenses, as stated by a study published in the journal Occupational and Environmental Medicine.

These free radicals are unstable molecules that attack other cells and rob them of other electrons. Meanwhile, antioxidants are chemicals that reduce the damage of free radicals by donating an electron to them, thus stabilizing them and preventing their adverse effects.

However, having too many free radicals in the body triggers oxidative stress, which causes damage to cells and is linked to age-related disorders, such as Parkinson’s disease, and a handful of other chronic illnesses, including heart disease, cancer, cataract, asthma, diabetes, and degenerative eye disease, to mention a few.

How Does Paraquat Cause Oxidative Stress?

In fact, an animal study published in the peer-reviewed journal Heliyon found that not only did paraquat cause oxidative stress, but it also caused DNA damage and toxicity to white blood cells. According to the same study findings, DNA damage caused by paraquat may play a role in carcinogenesis – a process by which normal, healthy cells are transformed into cancer cells.

This may also offer some explanation on why previous studies have found an association between paraquat exposure and the incidence of certain forms of cancer.

What Does Paraquat Do to Cells?

Paraquat disrupts cellular structure and inhibits cell growth through a process called oxidative stress. In plants, once paraquat is absorbed, it interferes with photosynthesis by preventing normal electron transport in photosystem I (PSI).

Along with this, paraquat releases reactive oxygen species (ROS), which are very damaging to plant cells, therefore causing damage and eventual cell death. The end result is a dead, unwanted plant or vegetation.

This mode of action, however, is not only seen in plants contaminated with paraquat. In fact, studies have suggested that this is also how the chemical works inside the human body. Following significant paraquat exposure, paraquat is readily absorbed by the body and distributed to different organ systems, where it causes toxic chemical reactions that similarly damage human cells.

For humans, however, the end result is widespread damage in various organs, such as the lungs, kidney, liver, and heart. One of the most common causes of death in patients who suffered from paraquat poisoning is multi-organ failure.

Algae are not supposed to be the target organism of paraquat. However, because paraquat can be introduced into the water ecosystem by just mixing and transferring the chemical where it can reach sources of water, non-target species such as aquatic organisms have increasingly become another target for paraquat toxicity.

Algae have many substantial benefits, as they fuel the growth of fish, snails, insects, and other organisms, which, as a whole, constitutes a part of a healthy marine ecosystem. Microalgae, such as Chlorella vulgaris, are considered to be highly sensitive to the effects of various toxicants, making it a quantifiable indicator of environmental effects caused by pollutants, such as paraquat.

The study results indicated that microalgal growth was significantly affected by paraquat in the same way it kills weeds and vegetation – by blocking electron transport in photosystem I. Researchers also proved that the chemical increased levels of reactive oxygen species (ROS), which attacked biomembranes and other organelles, inevitably resulting in cell death in Chlorella vulgaris.

What is the Role of Oxidative Stress in Paraquat Parkinson’s Disease?

According to previous research, a major cause of Parkinson’s disease is the excessive loss of dopaminergic neurons in a midbrain region known as substantia nigra pars compacta. Those dopamine neurons are known to be highly susceptible to oxidative damage.

Considering how paraquat causes this damage by generating a lot of oxidants that interfere with various important biological processes, this led experts to believe that the toxic herbicide is linked to Parkinson’s disease through this oxidative stress.

In fact, according to a study by the University of Guelph, even low-levels of exposure to the popular chemicals paraquat and maneb “disrupts cells in a way that mimics the effects of mutations known to cause Parkinson’s disease.”

Another 2017 study by the National Institute of Health found that the chemical structure of paraquat was very similar to the active metabolite of MPTP in the body. MPTP is a neurotoxin known to cause permanent symptoms of Parkinson’s disease because just like paraquat, it destroys dopamine neurons in the substantia nigra of the brain.

In the study findings, the authors also found that when mice were exposed to levels of paraquat and MPTP, they displayed some level of neurodegeneration. 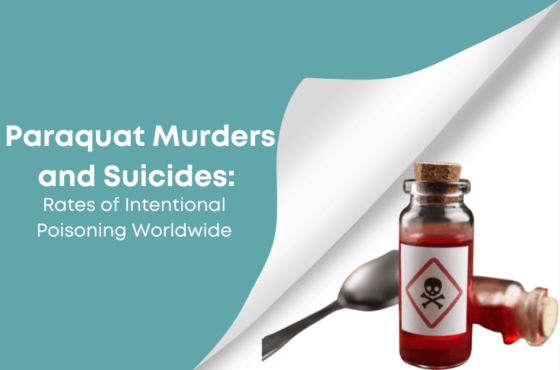