Home / Paraquat Lawsuit / Paraquat & Parkinson’s Disease: Is There a Link?

Paraquat & Parkinson’s Disease: Is There a Link? 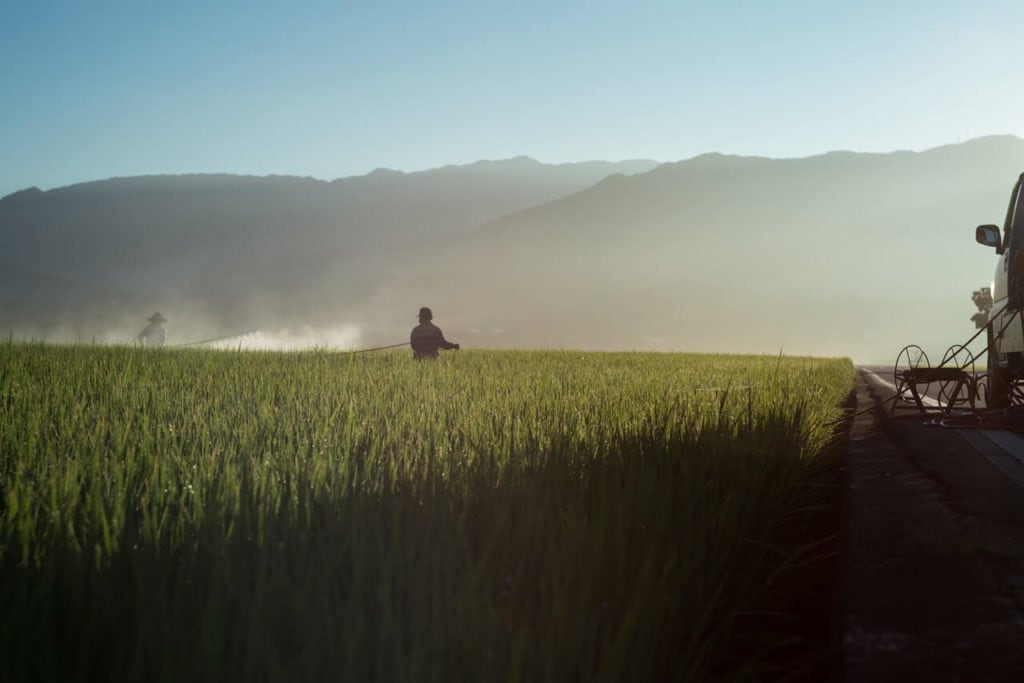 Agricultural workers who were exposed to Paraquat have been diagnosed with Parkinson’s disease.

A Paraquat lawsuit has been filed in multiple states, claiming that the herbicide Paraquat is linked to a higher risk of Parkinson’s disease.

And even though dozens of countries around the world, including the European Union, Brazil, and China, have already banned Paraquat, this dangerous chemical is still being manufactured and sold in the United States.

What is Paraquat Used In?

Paraquat is a herbicide that is widely used by farmers as a fast-acting weed killer. It’s also known by the brand name Gramoxone.

It was first introduced for commercial purposes in 1961, and has since been one of the most widely used herbicides around the world.

In the United States, due to the toxicity of the herbicide, Paraquat is not registered for residential use. It is only available for use by commercially licensed users, or those individuals who have completed an Environmental Protection Agency or EPA-approved training program.

The Centers for Disease Control and Prevention (CDC) considers Paraquat to be more toxic compared to other herbicides.

The herbicide’s toxicity can present itself upon inhalation, skin absorption, and ingestion of the chemical.

Aside from poisonings, Paraquat has also been known as a possible cause of cancer and birth defects, as well as Parkinson’s disease.

Exposure to Paraquat: What are the Risks?

In 1997, the Environmental Protection Agency (EPA) announced that exposure to Paraquat primarily happens during the application and post-application of the herbicide.

And even though only licensed applicators are given access to the chemical, exposure is still possible for individuals who reside near farms where Paraquat is used.

In which case, Paraquat poisoning is possible.

After a person ingests or inhales a toxic amount of Paraquat, he or she is likely to have swelling and pain in the mouth and in the throat.

What follows are gastrointestinal symptoms, such as:

These gastrointestinal problems tend to be severe, and may result in dehydration, low blood pressure, and electrolyte abnormalities.

Even the ingestion of small to medium amounts of Paraquat may cause a person to experience heart failure, kidney failure, liver failure, lung scarring, respiratory failure, and failure of multiple organs within several days to several weeks.

On the other hand, the ingestion of large amounts of Paraquat will result in severe symptoms that may occur within several hours to several days, including:

Despite these dangers related to the use of the toxic chemical, Paraquat use in the US is still on the rise.

In fact, according to a 2016 report from the National Water-Quality Assessment (NAWQA) project, usage of the herbicide in the country has doubled between 2006 and 2016.

That increase in use of Paraquat means that there will also be an increase in exposure to Paraquat, as well as in the harms associated with the chemical.

Aside from the dangers mentioned above, numerous research have also shown that aside from the risks of Paraquat poisoning, individuals are also at an increased risk of developing Parkinson’s disease when exposed to the herbicide.

Over the past several years, scientific researchers have been stepping up their examination of the link between Paraquat exposure on humans and the risk of Parkinson’s disease.

And with determination and hard work, several findings that establish the connection between the two have been found.

For instance, in 2009, research published in the American Journal of Epidemiology found that any form of Paraquat exposure within 1,600 feet increases the risk of Parkinson’s disease by 75 percent.

And in 2011, the journal Environmental Health Perspectives published results from a study of Parkinson’s disease and how it may be linked to pesticides.

The research further explained that Parkinson’s was associated with lifetime use of pesticides, with animal studies suggesting that the pesticides Paraquat and Rotenone can cause oxidative stress and block mitochondrial complex.

Through the study, researchers have associated human exposure to Paraquat and Rotenone with Parkinson’s disease, with the conclusion that the disease “was strongly associated” with the herbicide.

The authors even added that the possibility of being exposed to Paraquat is not only exclusive for agricultural workers.

Many unsuspecting people might be at risk of being exposed to the pesticide as they may not be aware of the chemical’s presence in their environments.

Many reputable sources have also published studies that pointed to the link between Paraquat and Parkinson’s disease, including JAMA (Journal of the American Medical Association) Neurology and the National Institute of Environmental Health Sciences.

Furthermore, on 2017, the Unified Parkinson’s Advocacy Council sent a letter to the Environmental Protection Agency (EPA).

The letter, signed by all members of the council, noted, “Recent research links Paraquat and several other herbicides to the development of Parkinson’s pathology and symptoms.”

In the letter, the council urged the EPA to deny Paraquat’s reregistration and ban the use of the pesticide in the U.S., which as of date, the agency still hasn’t done.

Months after the letter was sent, the first Paraquat lawsuit was filed in Illinois against Syngenta and Growmark, manufacturers of the pesticide.

The complaint was filed in behalf of farmers and agricultural workers who developed Parkinson’s disease after pesticide exposure.

In 2018, the U.S. Department of Health and Human Services’ National Toxicology Program (NTP) announced a review of Paraquat dichloride exposure and Parkinson’s disease.

The review will attempt to map the evidence that links the herbicide to Parkinson’s disease, acknowledging the hundreds of studies conducted to investigate the association between the two.

According to the Parkinson’s Foundation, Parkinson’s disease is a neurodegenerative disorder in which nerve cells in the part of our brain called substantia nigra do not produce enough dopamine.

Inadequate dopamine is what causes the movement symptoms like tremors, gait problems, and limb rigidity, which are cardinal signs of Parkinson’s disease.

There are still lots of misconceptions surrounding this disease. For instance, many people think that Parkinson’s disease (PD) automatically shortens an individual’s lifespan, but this is not necessarily true.

PD does not directly kill patients. People will actually die fro other causes and not from PD itself.

The two major causes of death for people with the disease are falls and pneumonia.

People with PD are at an increased risk of falling, and serious falls that surgery come with the possibilities of infection, heart failure, and problems with medication and anesthesia.

Individuals with PD are also at danger of suffering from aspiration pneumonia.

What Pesticides are Linked to Parkinson’s Disease?

Since much data has associated use of pesticides with PD, it’s only natural to ask if there are specific pesticides that are the most concerning.

And as of date, with all the studies conducted to establish the relationship between Paraquat and Parkinson’s, the pesticides with the most convincing data linking them to a heightened risk of PD remain to be Paraquat and Rotenone.

As such, people should avoid being exposed to concerning amounts of these chemicals for their alleged human health effects.