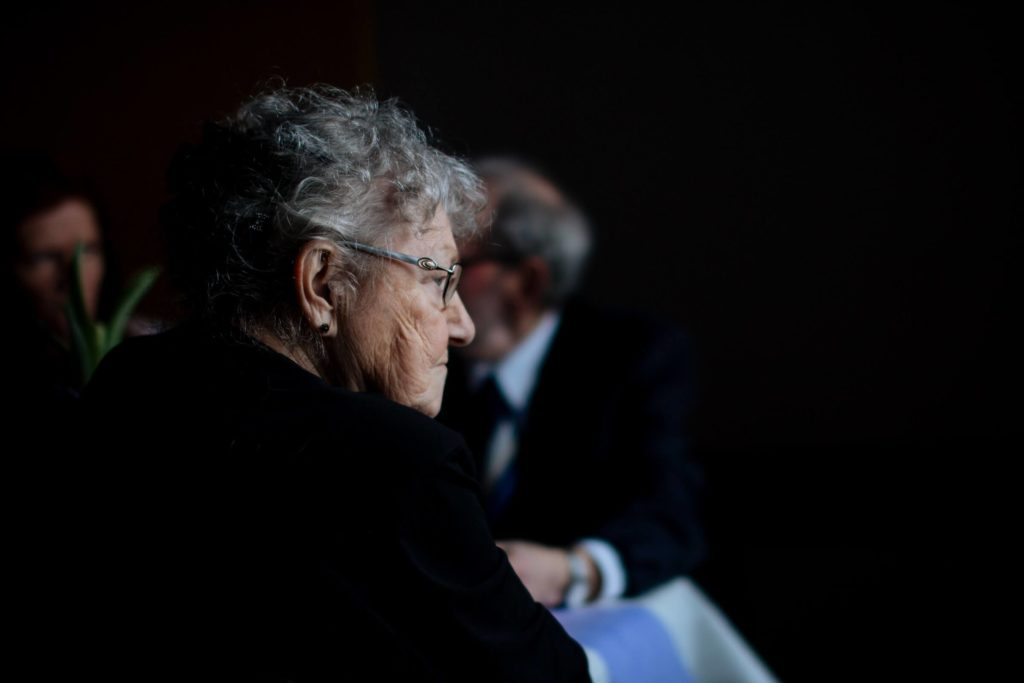 Macular degeneration, also known as age-related macular degeneration or AMD, is a common eye disease affecting more than 10 million Americans. It’s also the leading cause of vision loss in people over age 60 in the U.S.

Elmiron is a medication used to treat the symptoms of interstitial cystitis (IC), a painful bladder condition.

Evidence continues to mount that the bladder drug is linked to an increased risk of pigmentary maculopathy, a unique type of eye damage only seen in long-term Elmiron users. Unfortunately, this form of maculopathy can often be misdiagnosed as macular degeneration.

A misdiagnosis happens more often than you realize. And in many cases, it can have serious effects on a patient’s health. In fact, several individuals who eventually developed pigmentary maculopathy after chronic exposure to the medication have already filed an Elmiron lawsuit. Plaintiffs claim that the drug can cause a plethora of eye problems which could later on result in permanent vision loss or blindness.

Read the article to learn more about macular degeneration and why it can be mistaken for the eye damage that’s potentially caused by Elmiron.

What is macular degeneration?

AMD is an eye disorder that may get worse over time. It affects the central part of your retina called the macula and may result in loss of central vision.

Because the biggest risk for developing the disease is old age, it’s often called age-related macular degeneration. White Americans are more susceptible to the condition. According to the National Eye Institute, 89 percent of people who are diagnosed with the disease are white and 14 percent of white Americans over age 80 have macular degeneration.

It has two main forms: dry and wet. People with dry AMD have yellow deposits called drusen in their macula. A few of these deposits may not cause changes in your vision. However, as they multiply in number, they may distort your vision, especially when reading. According to the American Macular Degeneration Foundation, dry AMD is the most common and makes up 85 to 90 percent of all AMD cases.

On the other hand, wet AMD occurs when abnormal blood vessels grow under your retina. These vessels may leak blood and other fluids into your macula, causing scarring and a blind spot in your visual field.

There is currently no cure for macular degeneration. Doctors can only develop a treatment plan that focuses on slowing the progression of the disease.

What’s the link to Elmiron?

Elmiron or pentosan polysulfate sodium (PPS) is a prescription drug indicated for the treatment of the symptoms of a painful bladder syndrome called interstitial cystitis (IC).

Pigmentary maculopathy is a form of eye damage that can be mistaken for age related macular degeneration. In 2018, Dr. Nieraj Jain and his colleagues published their study on Elmiron and PPS maculopathy in the Journal of Ophthalmology. The research focused on six women with interstitial cystitis who were undergoing long-term therapy with Elmiron. Between May 2015 and October 2017, these women presented to their clinic with pigmentary maculopathy.

Some of the symptoms experienced by the patients were:

Nearly all of the patients’ eyes showed clear signs of atypical changes in their macula. The patients underwent rigorous DNA testing to find out if they had any genes linked to hereditary retinal loss. None of them demonstrated any evidence of such association. The only thing that the patients have in common was that they were all using Elmiron for an average of 15 years.

This led the study authors to issue a warning that chronic exposure to Elmiron could potentially result in retinal damage.

The study concluded with a plea for additional investigations on the matter. “Clinicians should be aware of this condition because it can be mistaken for other well-known macular disorders, such as pattern dystrophy and age related macular degeneration.”

No one knows exactly what causes macular degeneration. However, experts speculate that the biggest risk factor is old age. AMD is more common in adults over 60.

It may also have something to do with your genes. If you have a family history of macular degeneration, your risk may be higher.

Other potential risk factors also include:

How long does it take for Elmiron to cause eye damage?

In the 2018 study by Dr. Nieraj Jain, the average duration of Elmiron use was about 15.5 years. However, symptoms could show up as early as three years after starting therapy with Elmiron.

Patients involved in the study also showed signs of vision damage that lasted between one and nine years. This vision damage can also be permanent. Moreover, in some cases, people can still suffer from retinal pigmentary changes and other visual side effects caused by Elmiron even after years of quitting the medication.

In 2019, a study found that Elmiron users who take the drug in higher doses were more likely to develop retinal damage. The research indicated that the risk of eye damage increased along with the dosage of Elmiron taken by a patient.

The study added that individuals who developed retinal damage due to the bladder pain medication may have different symptoms. These indications can depend on the dose they were prescribed and the time they were treated with the drug.

The doctors who conducted the study advised patients who are undergoing Elmiron treatment to consult with an eye doctor at least once a year to check for early signs of any eye problems.

Is Elmiron effective for interstitial cystitis?

Some studies say that Elmiron is an effective long-term treatment for reducing the symptoms associated with IC in some patients.

However, since its early beginnings, the issues relating to Elmiron’s efficacy for IC were always there. For instance, in 1993, the U.S. Food and Drug Administration (FDA) issued its first letter of non-approval for the medication. The agency cited problems with the clinical trial results for Elmiron.

A certain FDA reviewer even had strong opinions about the drug, saying, “the evidence of efficacy of Elmiron for the treatment of interstitial cystitis is very weak.”

After the FDA reviewed the re-analysis done by the company, it issued a second non-approval letter for the product. Again, the company declined to conduct another clinical trial. After a meeting with the agency, however, the sponsor agreed to do a review of the uncontrolled compassionate use database, which is not a clinical trial.

Surprisingly, due to the alleged evidence of efficacy of Elmiron for a small population of patients, the IC drug got a nod from the FDA in 1996.

Up to this day, Elmiron is the only FDA-approved oral drug for interstitial cystitis. That’s why there’s little doubt that since its release on the market, it has been used by tens of thousands of patients already. This means that its use expanded to a much broader population than what was observed in its clinical trials. And as its population of users grew, several problems related to Elmiron also arose.

In fact, in a large, multi-center clinical trial, there was no significant difference found between placebo and Elmiron with regards to relieving IC symptoms: “Results in this study in a broad population of patients with symptoms consistent with interstitial cystitis revealed no treatment effect vs. placebo for pentosan polysulfate sodium.”

In several studies done on Elmiron and pigmentary maculopathy, doctors often advise affected patients to discontinue use of the medication if they’re experiencing visual symptoms. However, as with any other medications, you should always talk to your doctor first before deciding on quitting the drug.

If you abruptly stop taking Elmiron, its positive effects will slowly wear off and the symptoms for which you took the drug may reappear.

However, if you believe you or a loved one suffered from pigmentary maculopathy and other serious eye damage after taking Elmiron for interstitial cystitis, another option is to bring legal action against its manufacturer.

Janssen Pharmaceuticals, a subsidiary of Johnson & Johnson, currently makes Elmiron. In recently filed lawsuits, the company has been accused of releasing a potentially harmful drug without conducting proper tests to ensure its safety.

In 2013, the company also got caught in allegations of illegally marketing its antipsychotic drug Risperdal. As a result, it has already paid billions in criminal and civil fines to settle the accusations. The so-called Risperdal scandal explains in full detail how Janssen, along with JNJ, marketed the drug to elderly patients while being aware of the potential side effects of Risperdal to this group of people.