Home / News / Pigmentary Maculopathy and Elmiron: Is There a Link?

Pigmentary Maculopathy and Elmiron: Is There a Link? 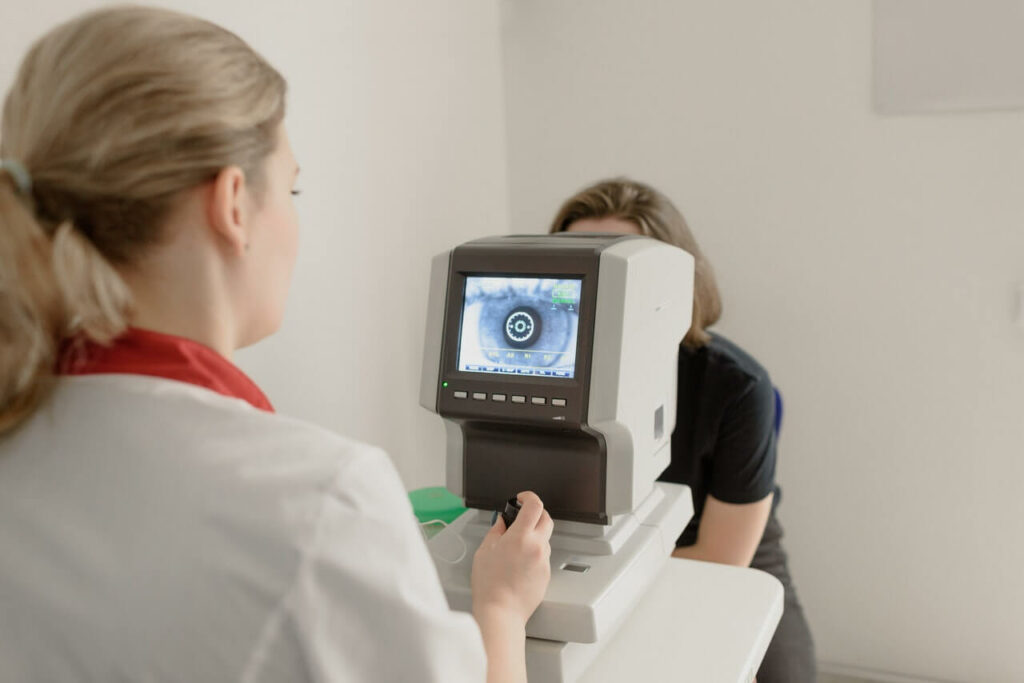 Maculopathy, also referred to as macular degeneration, is any condition or disease of the macula, which is a part of the retina found at the back of our eyes.

The macula may only be about 5 mm across, but it is responsible for our central vision, particularly processing clear and finer details of what we see.

There are various types of maculopathy. Most often, the eye condition affects people aged 50 and older. But some people may also acquire it through genes or develop it through a disease — for instance, diabetes.

Pigmentary maculopathy is one of several types of maculopathy. Sadly, it is a unique type of the eye condition that’s only seen in patients who had long-term exposure to the bladder drug Elmiron, also known as pentosan polysulfate sodium (PPS).

Plaintiffs who have filed an Elmiron lawsuit against the drug’s manufacturer, Janssen Pharmaceuticals, claim they were not adequately warned about the risk of pigmentary maculopathy and even vision loss that comes with long-term use of the drug.

Read on to learn more about this serious eye disease and what you could possibly do if you think your pigmentary maculopathy was caused by Elmiron.

What is Pigmentary Maculopathy?

Also known as PPS maculopathy, this eye disorder is often characterized by the following symptoms:

Doctors oftentimes misdiagnose the condition as pattern dystrophy or age-related macular degeneration. Elmiron’s active ingredient pentosan polysulfate sodium (PPS) is widely believed to be at fault for the damages in patients’ maculas, but the reason behind this is still unclear.

How Does PPS Work?

Interstitial cystitis (IC) is a poorly understood condition that causes scarring and swelling of the bladder wall as well as long-term pelvic pain. This painful bladder syndrome is more common in women.

In patients with IC prescribed with Elmiron, PPS is believed to work by binding to the damaged bladder wall, preventing irritation by providing a protective coating, and overall restoring the surface. This mechanism of action is thought to ultimately relieve bladder pain and discomfort related to IC.

Since it got an FDA nod in 1996, PPS has been widely prescribed for the treatment of IC. Many years before that, it was also indicated for off-label uses. This means that it was used for a medical condition it was not originally approved to treat.

And due to the fact that Elmiron has been a mainstay of treatment for IC and even other diseases in many decades, hundreds of thousands of people may have been exposed to the drug already.

Unfortunately, in some cases, the potentially dangerous medication is even recommended for long-term use and with increasing doses.

The Science Behind the Potential Link

The unique macular disease was first described in a 2018 study by researchers from the Emory Eye Center. According to the study, six patients who used Elmiron for a longer period of time to treat their IC eventually developed pigmentary maculopathy.

Patients reportedly had symptoms including difficulty reading and prolonged dark adaptation, among others. It turns out, according to the authors of the study, the then-unknown eye disorder linked to chronic exposure to PPS is likely preventable.

Furthermore, another study that observed interstitial cystitis (IC) patients who were seen at the Emory Eye Center within a span of four years reportedly identified 219 patients with IC. 80 of those had prior exposure to PPS.

Through testing, the study found 14 cases of the unique maculopathy to only occur in the PPS-exposed group. Not a single case of pigmentary maculopathy was observed in the population who was not exposed to PPS.

Since these reports, several subsequent studies followed suit and further described the association between the eye disease and long-term use of PPS, particularly with increasing doses.

Despite other drug exposures and other potential risk factors in patients, several studies that have investigated the topic found that the primary risk factor for developing PPS maculopathy is still chronic exposure to Elmiron.

Some of these reports also suggested a dose-response relationship between the characteristic maculopathy and PPS use.

One study showed that out of 117 Elmiron patients, 27 developed PPS-associated maculopathy. Among exposure groups, individuals who took more than 1,500 grams of the drug were at a higher risk of developing the eye condition.

As of 2020, only one case of PPS-associated maculopathy was reported in a patient who took the drug for less than five years. Meanwhile, there were four documented cases in patients with less than seven years of exposure at the standard dose of 100 mg three times daily.

But as more screening programs for the condition become more widely available, it is expected that early cases of PPS-related maculopathy will be documented even at lower exposures.

Were Patients Warned About the Risks of Elmiron?

When Elmiron first came to the market decades ago, it came without warnings of possible eye problems or injuries associated with its use.

But after a series of clinical studies published in journals showed a link between the bladder drug and serious eye injuries, in June 2020, Elmiron manufacturer Janssen Pharmaceuticals officially updated the drug’s warning label. Specifically, the company added a warning that pigmentary changes in the retina called pigmentary maculopathy had been identified with long-term use of Elmiron.

However, even with the addition of a warning for retinal damage, the manufacturer still hasn’t indicated that it will take the drug off the market due to the increasing number of cases of Elmiron-related eye problems.

Getting Tested for Pigmentary Maculopathy

Perhaps the most troubling thing for patients is that their condition can be misdiagnosed as age-related vision loss. This mistake in diagnosis can gravely impact a patient’s course of treatment. A doctor who believes the symptoms of vision damage an individual is experiencing may just be age-related might mean inflicting more damage to a patient’s eyes through continuous use of the drug.

Fortunately, today, some notable improvements in imaging technology may give doctors a better chance of identifying pentosan polysulfate maculopathy before its effects are permanent.

One of these recent improvements is the fundus autofluorescence scan. The scan is an imaging technique used to study retinal diseases. It focuses on the fluorescent properties of the pigments in the retina and is essential in checking for retina health.

Doctors are now finding that this procedure is critical to diagnose the characteristic maculopathy that only occurs in patients who had long-term PPS exposure.

Another imaging technology that can possibly detect retinal damage is an Optical Coherence Tomography (OCT) scan. An OCT scan uses rays of light to obtain images of the retina to measure its thickness. It can detect evidence of a disease even before a patient starts experiencing symptoms.

It is important to note, however, that when making decisions involving your health, always consult with your doctor if you are experiencing visual symptoms.

Unfortunately, there is no known treatment for Elmiron-related maculopathy as of yet. However, if you were potentially harmed or affected by the drug and its side effects, medical experts advise that you do the following:

Although this condition is still poorly understood to this day, there have been cases when affected patients continued to suffer from visual symptoms long after stopping the medication.

Therefore, if you experience any symptoms, it is important to seek your doctor’s advice first and foremost. Never try to stop taking the drug without a medical professional’s advice as this may result in adverse effects that can potentially be life-threatening.

I’ve Been Taking Elmiron. Should I Be Concerned?

Some studies have suggested that Elmiron may cause more eye damage the longer a person takes it. If you are concerned about any side effects or symptoms you may be experiencing, consult with your doctor.

Another option for patients who believed they have suffered from serious and unexpected side effects due to Elmiron is to use the instruments provided by the law by filing a lawsuit against the drug’s manufacturer. By doing so, you are not only seeking justice for yourself, but you’re also preventing these entities from harming any more patients in the future.