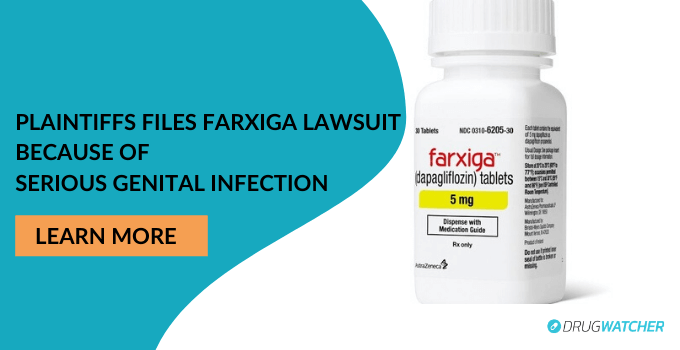 A woman from Indiana filed a Farxiga lawsuits in the Delaware Superior Court, claiming she suffered a severe genital infection that devastated her flesh.

According to her civil action, Cynthia Johnson suffered from a serious flesh-eating condition known as necrotizing fasciitis that is associated with the use of the diabetes drug.

The plaintiff explained she got the medication prescribed in February 2018 for the management of her type 2 diabetes (T2D).

She started developing the life-threatening complications after just a few months of use, and was hospitalized in November 2018.

After nearly one full month of hospitalization, she discovered she had developed a Fournier’s gangrene, for which she needed to undergo multiple and highly invasive surgical procedures to have the necrotized tissue removed.

She is now seeking monetary compensation for all the physical and emotional pain she suffered, as well as for the medical expenses she had to face and the permanent damage she will suffer for the rest of her life.

Farxiga (dapagliflozin) is a drug of the sodium-glucose transport protein 2 (SGLT2) inhibitors category. Other drugs from this same class such as canagliflozin (Invokana) are known for their dangerous side effects.

Many other plaintiffs across the country filed an Invokana lawsuit claiming they suffered a broad range of severe adverse reactions, including patients who eventually lost their limbs.

These drugs might cause gangrenous wound that eventually require amputation, and the Food and Drug Administration found that at least one patient died because of them.

Eventually, the regulatory agency required the manufacturer to add a “black box” warning on the label about this dangerous side effect.

However, plaintiffs such as Johnson argue the manufacturer failed to properly warn them about these serious threats. They seek financial damages, claiming that the pharmaceutical company acted negligently in releasing an allegedly defective product to the market.