Home / News / Why Does Invokana Cause Amputations? [And 6 Other Questions]

Why Does Invokana Cause Amputations? [And 6 Other Questions]

It happens often that a new product comes into the market and marketers build all kinds of narratives and stories to make the product sell. But when it comes to medications, these narratives need to be vetted strongly or it could be a matter of life and death. A medicine named Invokana (canagliflozin) has recently caused a stir of this kind. Here’s what you should know about the medicine:

Invokana is a medication prescribed to individuals with type 2 diabetes. It’s a once-a-day pill that is expected to lower blood sugar (A1C) in adults. It pushes the body to filter out more glucose from the blood, which is then disposed of via the urinary tract. A relatively new drug (hence long-term effects are yet to be known), Invokana is usually prescribed to otherwise healthy people and it is recommended that the patient keeps a regular exercise routine while taking the drug. 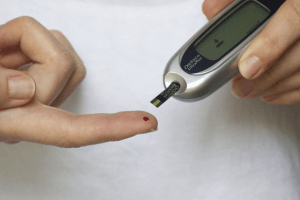 How Does Invokana Work?

Invokana comes in a category of drugs called sodium-glucose transport protein 2 (SGLT2) inhibitors. It works with the kidneys to increase the amount of glucose that is passed through urine. Typically, the kidneys filter glucose out of the blood and it is the responsibility of the SGLT2 proteins to reabsorb the glucose and send it back in circulation. The inhibitors in Invokana stop the action of these proteins and ensure more glucose is being expelled from the body, reducing the blood sugar level over time.

What Are Its Side Effects?

There are several known side effects of Invokana. Vaginal yeast infection, penile yeast infection and the constant urge to urinate are only some of the milder side-effects. The medicine can also put you in danger of lower-limb amputation and severe dehydration.

Why Does Invokana Cause Amputations?

Diabetics have for long been at risk of amputations. Even a small cut on the finger of someone with severe diabetes could lead to a life-threatening ulcer. Turns out, Invokana worsens matters for diabetics. It is still not clear why Invokana doubles the risk of diabetic amputations but if you have a history of amputations in the family already, the drug could make matters worse. 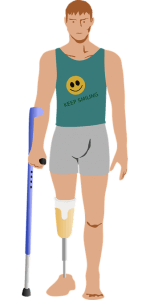 There are many reasons for diabetics to be at risk of amputations, including glucose management and inadequate foot care. In diabetics, it is often a case of nerve damage and poor circulation, made worse by increased blood sugar. The infection often develops without the knowledge of the patient, resulting in a gangrenous wound that eventually needs to be amputated.

In 2017, the FDA (Food and Drug Administration) decreed that the Invokana packaging should come with a ‘black box’, warning patients of the risk of amputations.

If you or a loved one have had a leg, foot or toe amputation while using Invokana, you might be eligible for compensation. Read more here about the Invokana amputation lawsuit.

What Are the Alternatives to Invokana?

There are several alternatives for oral diabetes medications like Invokana. The following are only some:

Also an oral pill to lower blood sugar, Farxiga can be taken alongside other diabetes medications too. Farxiga, however, is not the cheapest medicine on the market. It’s also not suitable for someone consuming alcohol heavily.

Jardiance can prevent death from heart attacks or heart failure if you have a pre-existing heart condition. It can be taken easily as a pill and also aids in weight loss. Jardiance is also an expensive medicine owing to its brand name and can cause dehydration.

Relatively cheaper than most other medications, Glucatrol, can also be taken orally. The first few weeks of starting on the medicine, however, are crucial as it could bring blood sugar levels down too low.

Here’s a handy guide to other alternatives you can consider.

How Does Invokana Cause Weight Loss?

Invokana is not a weight loss medicine but some patients have reported that the medicine helped them reduce weight. The excess sugar that the patient loses while on the medication also translates into a loss of calories. This has led to some patients being able to shed some extra pounds.

A study, however, has found that the weight loss only lasts temporarily. Researchers at the National Institute of Diabetes and Digestive Kidney Diseases (NIDDK) found that while patients could eat and drink without restrictions, they still lost weight because of the excess sugar loss. At the end of the study, however, it was found that the patients on Invokana ended up eating 50 calories more than they usually did due to a sudden increase in appetite from losing glucose from the body. 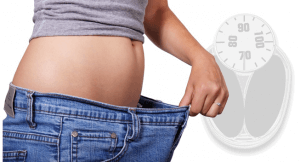 What Happens If a Non-Diabetic Takes Invokana?

In 2015, Johnson & Johnson, the company that manufactures Invokana, was hauled up by the FDA for selling Invokana to non-diabetics and patients with Type-I diabetes for off-label use. “Off-label” simply means the medication is being prescribed for a condition it was not originally designed to treat. A qualified physician is allowed to do this if according to their professional opinion, the benefits outweigh the risks.

The company presented a phase-II clinical trial to show that the drug could be used as a weight loss medicine in non-diabetics. But using Invokana off-label could trigger a host of other side-effects. Losing a few pounds by putting yourself at risk of a lower-limb amputation or even a urinary tract infection is not ideal.

Besides, diabetes medication in a non-diabetic system could result in increased loss of blood sugar and other complications. So even if your physician prescribes the drug to you, do your own background checks and be sure of what the side effects might be.

As of July 2018, there have been at least 1,100 lawsuits against the makers of Invokana, Johnson & Johnson. Most customers have complained that the drug caused grievous harm and injury that the manufacturers had failed to warn them or their doctors about. These injuries include amputations, kidney dysfunction and diabetic ketoacidosis.

If you or a loved one have suffered side effects of the drug you were not warned about, Drugwatcher may be of some support. To qualify for a lawsuit due to Johnson & Johnson’s negligence, the patient must have suffered an injury after taking the drug but before the injury was added on the drug’s label as a possible side effect.