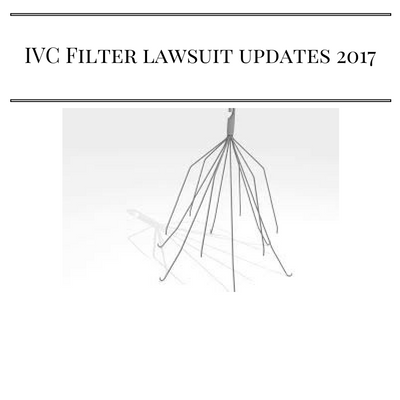 Although some patients who are at risk for blood clots have been treated with IVC filters, new studies have emerged which suggest the filters may not work well. The filters, which are implanted into the inferior vena cava, the longest vein in the body, are known for having side effects which make their use dangerous for patients.

Some of the possible side effects include:

• Breaking during or after implantation.
• Migrating to another location.
• Perforating the vein.

The device is implanted to trap blood clots in people who cannot be treated with blood thinners. The filers are designed to prevent pulmonary embolisms, which can be fatal, as well as deep vein thrombosis. The cage like filter traps the clot until it dissolves on its own.

A study published in the Journal of the American Medical Association, JAMA, Surgery, showed there was very little difference in the mortality of patients who had the filter implanted and those who didn’t.

It was conducted over a nine-year period at Boston Medical Center and compared the results of 451 patients who had an IVC filter implanted and 1,343 who didn’t. The results revealed there was no significant difference in the mortality of patients over a period of four years.

The study participates were checked at six-month and one-year intervals after they were discharged from the hospital. These checks showed there was no significant differences in the survival rates of the two groups of participants. Most of those who were evaluated for the study were in the hospital due to traumatic injuries and were an average of 47.3 years old.

With no significant differences between the survival rates of those with the filters and those without, it was recommended doctors reconsider the implantation of IVC filters in trauma patients in efforts to help them survive. The filters are designed to be removed after a patient is no longer at risk from blood clots after recovering from a trauma. However, the study also showed only eight percent of the filters were removed after being in place for almost four years.

Filters remaining in the body of patients can lead to many of the aforementioned side effects. There are several lawsuits regarding problems with IVC filters made by companies such as C.R. Bard, Cook Medical and Boston Scientific.

Many of these lawsuits are due to the side effects from filters where were not removed.