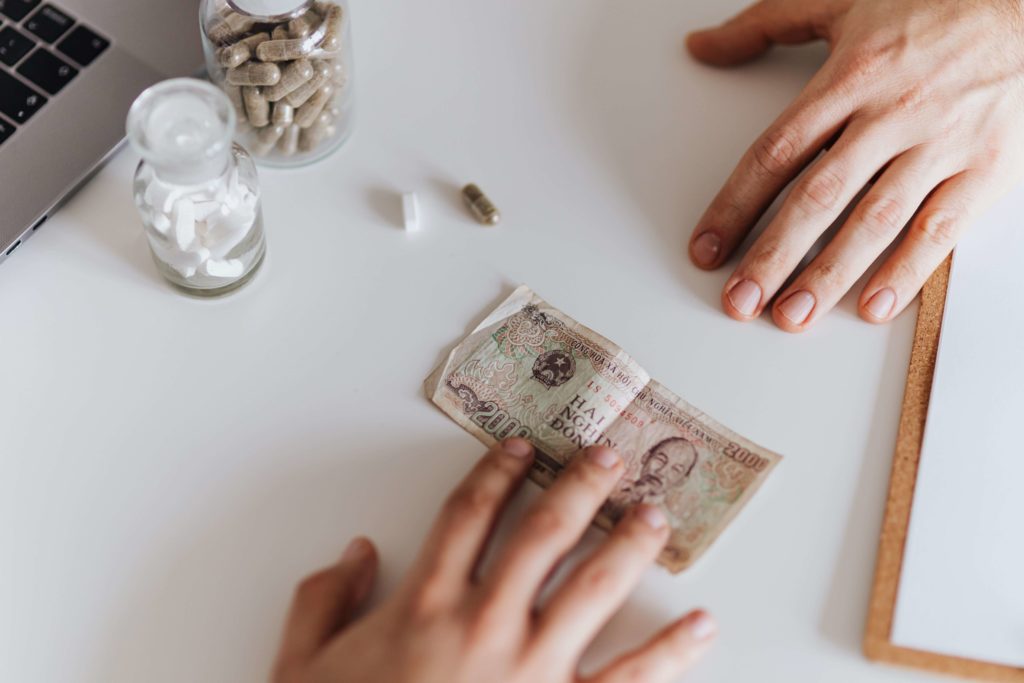 When you feel that something is off with your body, you go to the doctor’s office for a consultation. Your doctor then does the appropriate tests to determine what’s wrong with you, and prescribe a medication that you can take to help you get better.

If we look at things on the surface, it might seem really simple.

However, things are not always like what they seem. In fact, several studies have investigated the truth about drug company perks and how they influence the prescriping habits of medical professionals.

What is Meant by Drug Company Perks?

The financial ties of doctors to the pharmaceutical industry has long been under scrutiny. It is suspected that these financial interactions include paid talks, all-expenses paid trips, consulting, and even sponsored meals.

However, transactions like this are not new to the pharmaceutical industry. In fact, some big pharma companies have been under fire because of these marketing tactics. Johnson & Johnson, for instance, was even investigated by the Department of Justice for the illegal marketing of two of its medications, Invega and Risperdal, which both have a slew of lawsuits under their names.

Plaintiffs who have filed Invega lawsuits claim that they have developed a condition called gynecomastia, which is characterized by overdelopment of the breast tissue in men or boys.

Upon investigation by federal authorities, they found that the company even aggressively marketed the drug to physicians and institutions that cared for the elderly, despite being aware of its risks to older patients.

These tactics, however, have come under increasing scrutiny, as mounting evidence has shown that there are several ways drug companies may influence a physician’s prescription.

A number of research has linked industry payments to physician’s prescribing habits.

In fact, ProPublica, a nonprofit investigative reporting organization, found that doctors who receive money from drug companies tied to a specific drug tend to prescribe that drug at a higher rate compared to doctors who are not financially tied to other drug companies or medical device makers.

And most of the drugs involved in the study are not just any other drug — they also tend to be more expensive and popular. 38 of the 50 drugs will cost a patient more than $1,000 a year.

These marketing tactics directed to physicians used to be a standard practice. A pharmaceutical sales representative will visit doctors’ offices to tell them about their products. This visit usually involves sharing some information about the product, some pamphlets, and often comes with a small gift as well.

This practice of pharmaceutical marketing is reminiscent of the first wave of the opioid crisis, which started when doctors began prescribing more opioids. Companies used marketing tactics like pharmaceutical representatives visiting doctors’ offices to promote their products and offer free drug samples.

All these, despite being aware that all prescription opioids share a huge potential for abuse. Opioid medications were eventually overprescribed, which resulted in the opioid epidemic, which has killed nearly 500,000 people from 1999-2019.

Another recent investigation by ProPublica found that while drug companies claim to hire highly esteemed doctors for the crucial task of talking about the benefits and risks of their drugs, the truth is that they actually hired doctors who were sanctioned by their state boards for serious cases such as harming patients by prescribing highly addictive drugs, defrauding government insurance programs, and even sexual misconducts.

Another recent study published in the JAMA Internal Medicine found evidence that doctors who received meals related to a particular prescription drug prescribed the medication at a higher rate compared to their colleagues. And the greater number of meals they receive, the greater chance of a drug to be prescribed compared to other medications in the same field.

The same doctors were also found to prescribe costlier brand-name medications even for some common ailments. And although the researchers did not specifically determine if there was a cause-and-effect relationship between payments and prescribing behavior, the study still added evidence to a growing number of research that aims to establish a link between the two.

As these practices are being put more and more under the spotlight, several medical offices, research universities, teaching hospitals, and even medical schools have responded to the alleged financial ties of healthcare professionals to Big Pharma by creating policies that will limit contacts between pharmaceutical representatives and doctors.

However, it is important to note that the studies that showed that payments to doctors tend to influence their prescribing pattern were conducted recently, which means that the practice still exists today, but not as lavish as it was in the past.

What Pharma Companies Have to Say

Drug companies deny that they are bribing doctors to recommend their products and to rack up their sales. They see their financial ties with health care providers as something that benefits the medicine and the public health.

According to Diane Bieri, general counsel for the industry’s chief lobbying group, the Pharmaceutical Research and Manufacturers in America, “Interactions between biopharmaceutical research companies and health-care professionals play a critical role in improving patient care and fostering appropriate use of medicines.”

Another popular argument in defense of pharmaceutical company payments is that doctors that collaborate with the drug industry drive “innovation.” Supporters of this argument say that doctors’ insights are necessary in discovering new cures for illnesses, and a paid consultation is one way that physicians can provide these insights.

However, one study found that drug and device companies spend more than $2 billion for the promotion of their drugs that are already on the shelves for several years, which means that this huge amount of money is solely for persuasion, as no innovation took place because no new drug was invented.

In 2010, the Congress passed the Physician Payments Sunshine Act as part of the Affordable Care Act. It required public disclosure of payments to medical professionals from different health care providers. But the problem is far from over.

How This Affects Patients

This lavish business that continues up to this day greatly affects patients. Research has shown that doctors, as with any other human being, are subject to the tendency to be vulnerable to outside influences, and therefore would want to offer something back to a gift-giver.

Which is why in an effort to reciprocate, accepting industry cash leads physicians to prescribe costlier and at times, less effective medications.

In relation to this, when physicians prescribe brand-name drugs over cheaper generic alternative medicines, the whole process ends up contributing to increasing drug prices and other health care costs.

More importantly, quality patient care may also be at stake, especially when an outside factor influences a doctor’s prescribing practice.

A recent study published in JAMA showed that when medical institutions created policies that restricted a drug rep’s free access to physicians’ offices, it resulted in modest yet significant changes in prescribing behavior at some of the institutions.

If you are wondering whether your doctor receives some form of industry payment, you can look it up in the CMS Open Payments database created by the Centers for Medicare & Medicaid Services. The website stays true to its name — it’s open and free for anyone.