How Do Copper IUDs Affect Fibroids? 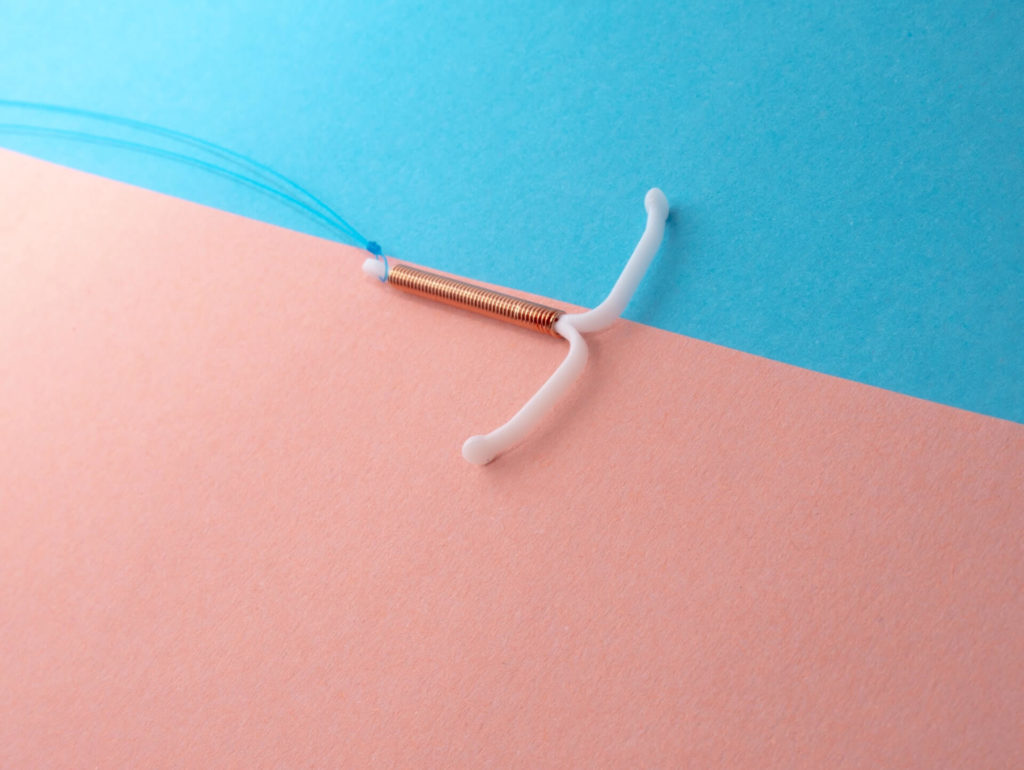 Uterine fibroids are smooth muscle tumors found inside a woman’s uterus. They are common and affect as many as 70-80 percent of all women, especially those between 35 and 54, according to research.

Fibroids tend to grow during a woman’s childbearing years, when hormone levels are at their highest. This suggests that hormones like estrogen can potentially affect fibroid growth.

As a result, women may wonder how using contraception like an intrauterine device (IUD) can possibly affect their fibroid symptoms.

How Do IUDs Affect Fibroid Symptoms?

Even though fibroids are rarely cancerous and only cause symptoms in about 20% of women who have them, these growths inside the uterus should not be ignored as they can grow into the uterine cavity, complicating a pregnancy and potentially increasing a woman’s risk of miscarriage.

Some fibroid symptoms include:

So how do IUDs potentially play a role in worsening or improving these symptoms?

First, we have to know how both IUDs — the hormonal and non-hormonal type — work.

A non hormonal IUD releases copper ions through the copper wire wrapped around it. It creates an evironment where it is impossible for the sperm to reach an egg. A copper IUD can stay in the uterus for up to 10 years. Currently, the only copper IUD available on the U.S. market is Paragard.

But however tempting it is to try the Paragard IUD with its long-term supposed efficacy, the copper IUD has also been named in many recent lawsuits in the country.

Women who had the non hormonal IUD implanted have filed Paragard lawsuits due to the device breaking during removal. This has often led to several complications, as the broken pieces of the IUD had to be removed one by one with a complicated medical procedure.

There were also reported cases when the Paragard IUD broke even without being removed from the uterus.

In relation to fibroids, the copper IUD is not known to help improve fibroid symptoms. Women who opted for this type of IUD tend to have side effects of prolonged menstrual bleeding and cramping.

A hormonal IUD prevents pregnancy by releasing small amounts of a hormone called progestin, a synthetic form of progesterone. A progestin-releasing IUD thickens the cervical mucus to prevent sperm from reaching or fertilizing an egg.

It can remain in the uterus for up to 3-5 years, depending on the brand. Some of the hormonal IUDs available on the market are Mirena, Skyla, Liletta, and Kyleena.

Women implanted with hormonal IUDs tend to experience less heavy and less painful menstrual cycles. And because of its mechanism in preventing pregnancy, it can potentially help relieve fibroid symptoms, although this does not always happen and is actually considered rare.

Furthermore, it is important to note that using a hormonal IUD to temporary relieve fibroid symptoms does not work for women who have large or multiple fibroids and will never equate to a real fibroid treatment.

Can You Have a Copper IUD If You Have Fibroids?

Although a copper IUD offers the advantage of long-term contraception, the truth is that it is not appropriate for everyone.

Your doctor may not recommend the use of Paragard copper IUD if:

In general, intrauterine devices are also not recommended for women with submucosal fibroids, or those fibroids located within the inner lining of the uterus, as they can potentially cause IUD expulsion.

If you have an existing medical condition and are concerned about how the copper IUD may work for you, be sure to tell your doctor about your concerns.

Your doctor may be able to assess your condition and can possibly help you find another birth control method which may be more suitable for your situation.

How Are Fibroids Treated?

While temporary fibroid symptom relief may at times be possible with hormonal IUDs, the truth is that the fibroid problem is not really being addressed.

Therefore, it is very important to find a permanent solution for fibroids which can work for you. Aside from surgical treatment options, today, many women prefer a minimally invasive procedure known as Uterine Fibroid Embolization (UFE).

This non-surgical treatment option blocks off blood supply to the fibroids, causing them to shrink and die, which leads to reduced bleeding.

Other surgical fibroid treatments include myomectomy (surgery to remove fibroids while leaving the uterus in place) and hysterectomy (surgical removal of the uterus).

How Do I Know if I Have Fibroids?

Your doctor may find out fi you have fibroids through a pelvic exam where they will check your ovaries, uterus, and vagina. Your doctor may be able to feel the fibroid with his or her fingers as a mass or lump on the uterus.

Your doctor can also make use of imaging tests to confirm the presence of fibroids. These might include an ultrasound, MRI, x-rays, or CT scan.

Why Should Women Know About Fibroids?

Around 20 to 80 percent of women develop fibroids by the time they reach the age of 50. Fibroids are most common in women aged 35 to 54, but can also occur in women younger than 35 and until menopause.

Furthermore, not all women with fibroids experience symptoms. Women who have symptoms often find it hard to live with fibroids. Some may suffer from pain and heavy menstrual bleeding, pelvic pressure, and even rectal pressure.

In cases where fibroids get very large, it may cause the stomach area to enlarge, making a woman look pregnant.

Birth control pills are often seen as something that can help ease fibroid symptoms. Since fibroids are hormone-responsive, physicians are more likely to recommend low-dose pills or progestin-only mini pills that can help with bleeding symptoms and menstrual cramps caused by fibroids as they prevent ovulation.

Unfortunately, as mentioned, birth control pills do not reduce the size of fibroids but only help to ease symptoms like bleeding and cramping. Therefore, taking birth control for fibroids is not a permanent solution to the often debilitating symptoms of fibroids.