Home / Paragard IUD lawsuit / Bleeding After Copper IUD Insertion: How Much is Normal?

Bleeding After Copper IUD Insertion: How Much is Normal? 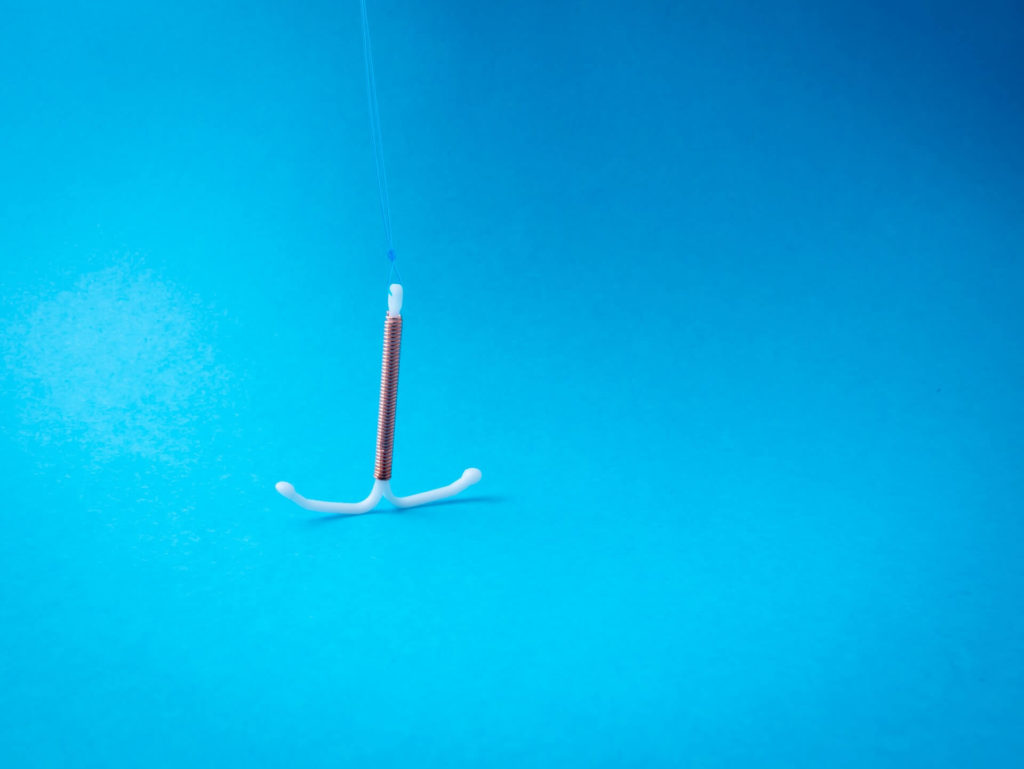 Known to be a safe and effective form of long-acting reversible birth control, the IUD has been surging in popularity among women as of late.

It remains effective for a longer period of time even without user compliance. It’s no wonder why women love this contraceptive method.

However, the intrauterine device (IUD) is not completely fool-proof. It does not come without side effects, ranging from the common ones to the rarer complications.

From cramps to headache, to acne, to scarring, and bleeding.

How much bleeding is okay, and how much calls for medical attention?

Each woman’s body is different, and it is meant to respond differently to an IUD inserted into the uterus.

Continue reading the article to find out if the bleeding you are having after an IUD insertion is still within the usual, or is already a cause for worry.

The intrauterine device is a small, T-shaped device only a nurse or doctor can insert into the uterus. IUD insertion is done through a minor medical procedure which only takes a few minutes.

IUDs may be known to effectively prevent pregnancy, but one of its disadvantages is that it cannot protect you from sexually transmitted infections (STIs). In this case, condoms will help you avoid contracting STIs.

Here’s how they can differ:

A hormonal IUD makes use of the hormone called progestin and releases it into your body. It thickens the mucus in your cervical canal so that the sperm can’t get through the uterus and therefore will not be able to reach the egg.

Hormonal IUDs can last from 3 to 5 years, depending on the brand.

As opposed to the hormonal IUD, the copper IUD does not use hormones. Instead, it prevents pregnancy through the copper ions released from the copper wire wrapped around it. This copper is toxic to sperm and therefore deactivates it.

Copper IUDs can stay for up to 10 years.

They may last for a much longer period of time, but did you know that there are a number of lawsuits named under Paragard?

In fact, women who used Paragard as a birth control method are now filing lawsuits due to its alleged myriad of side effects.

In the Paragard copper IUD lawsuit, plaintiffs have reported injuries they have suffered due to the contraceptive device being defective and prone to breakage, which resulted in dangerous side effects.

According to recently filed complaints, since the copper IUD is prone to breaking, it may become embedded inside the uterus, causing organ perforation and other injuries due to fragment migration.

Other related symptoms which were reported in the legal proceedings were infection, scarring, painful cramps, and ectopic pregnancy, among others.

Before getting an IUD, it is important for you to talk first with your healthcare provider to know whether a hormonal IUD or a copper IUD would be better for you.

Is it Normal to Bleed a Lot After Getting an IUD?

Just like any other birth control methods, you may experience a number of side effects after you had an IUD inserted.

IUDs may cause heavy or irregular bleeding in the first 3 to 6 months after the medical process of insertion.

Meanwhile, pain and bleeding may be experienced by women after a few hours or days from having their IUD implanted.

However, if you have experienced discomfort for more than six months after the procedure, you should talk with your doctor for pain management options while on IUD.

The type of IUD also plays a role in the bleeding one may experience.

For instance, if you are using the hormonal one, your periods may become less painful and lighter over time.

In some women, copper IUDs have caused increased cramping during their monthly periods. These side effects are not reasons for concern, especially if your periods return to how it normally was after 6 months.

However, if you notice that your bleeding only becomes heavier or is happening even when you’re not on your period, you may a different medical issue. Call your doctor if this happens.

How Much Bleeding is Normal after IUD Insertion?

Following an IUD insertion, it is okay to notice some irregular spotting with some blood clots.

In some cases, people experience irregular bleeding and spotting for up to six months after the device is implanted.

With hormonal IUDs like Mirena or Skyla, your period should get lighter after 6 months, and you may have fewer periods after that.

On the other hand, with the Paragard IUD, bleeding is at its heaviest usually in the hours and days after insertion, but this should lessen after around three months. You should be getting back to your usual period cycle or routine from then on.

However, if you are still experiencing heavy vaginal bleeding after six months, you should see the doctor who implanted your IUD.

What You Can Expect with the Use of Paragard IUD

Paragard is inserted in a health care provider’s clinic or office.

Your health care provider will most probably advise that you lie down for a few minutes to allow these aftereffects to pass.

Only 1 percent of Paragard users will get pregnant in the first year of using the intrauterine contraceptive device.

However, if by any chance, you get pregnant while on the Paragard copper IUD, you are at a higher risk of having an ectopic pregnancy.

Ectopic pregnancy is also called extrauterine pregnancy. This is when a fertilized egg grows outside a woman’s uterus, usually in a fallopian tube. 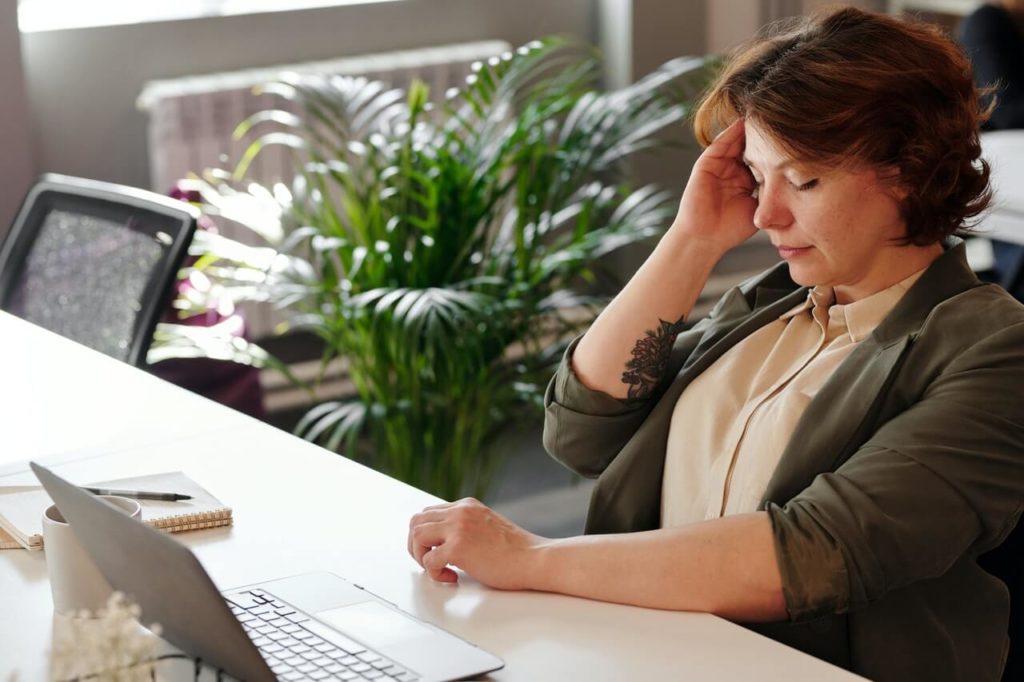 Other risks and complications associated with Paragard are:

Before Paragard insertion, your health care provider will first assess your overall health.

You may undergo a pregnancy test to make sure you are not pregnant before having the procedure, and you may also be screened for sexually transmitted diseases (STDs).

Complete or partial expulsion of the Paragard copper IUD is also possible. Paragard users are more likely to expel the device if:

Is Paragard Appropriate for Everyone?

Paragard, or any other contraception, for that matter, is not a one-size-fits-all.

Your doctor may discourage the use of Paragard if:

How Long does Bleeding Last after Paragard Insertion?

Cramping can last from 1-7 days after insertion. It is usually the most painful during the first day.

Pain killers like Ibuprofen and Naproxen can help ease the cramping.

Paragard users may have some blood clots on the first day due to the process of the IUD being inserted. Some spotting or bleeding is okay for a few days.

This usually lets up at around 3-6 months.

However, if these do not decrease even after 6 months, you may want to contact your doctor.

How Do You Stop Bleeding after IUD Insertion?

The usual duration of heavy period and breakthrough bleeding while on the IUD is three to six months from the day of insertion.

According to a 2016 research, more than 1,800 people who used Mirena and started out having light or short period stopped bleeding a year after.

21 percent of the participants in the research reported that their menstrual flow stopped, while 5 percent of those people with heavy period had the same results.

However, if the data above is not enough to reassure you, and if the bleeding you experience is especially heavy, you can try taking ibuprofen during your menses to reduce bleeding.

You may do this for a couple of months, but it is not advisable to take it for an extended period of time. To be sure with what medication and dosage is right for you, talk with your doctor.

When to Speak with Your Healthcare Provider

See the doctor who inserted your IUD if you have the following symptoms:

Bleeding after sex is uncommon for those who have already gone through menopause. You should tell your doctor about it, as it may be a sign of other health issues.

A copper IUD like Paragard is a reversible form of contraception, which means that if you’ve had a change of heart, you can easily have them removed if you want to become pregnant.

Removal is usually done in a health care provider’s office.

Your medical provider will most likely use forceps to gently pull the device’s strings. Light cramping and bleeding are common during removal.

IUD removal can rarely get complicated.

Meanwhile, if you plan to keep the intrauterine device, speak to your doctor if bleeding becomes more frequent, heavier, and if it goes with other symptoms.

If there is persistent pain, your doctor may check the placement of your IUD.