Who Benefits from High Drug Prices? 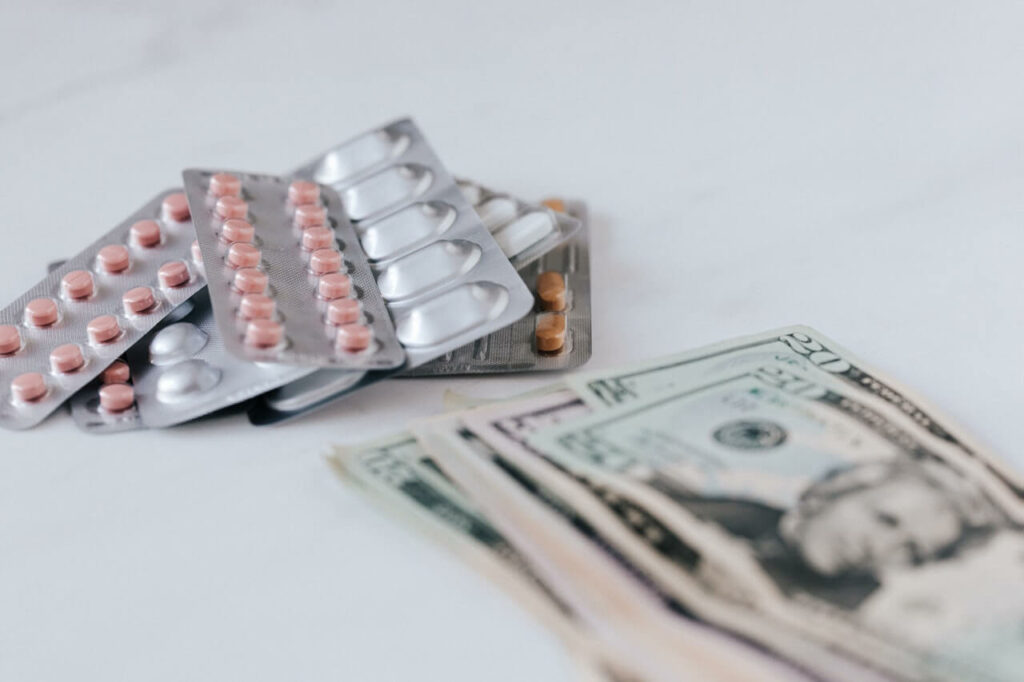 Prescription drugs are designed to help patients with their medical conditions and improve their overall health.

But when drug prices are too high and only continuoes to increase, it becomes a problem for far too many patients to have access to it.

Recent data from the Department of Health and Human Services estimates that Americans have spent more than $460 billion on drugs, which is approximately 16.7 percent of the country’s total health care spending.

Which makes you think:

Who benefits from high drug prices?

A whole lot of finger pointing among parties is actually involved.

Why are U.S. Drug Prices So High?

A recent study by the University of Pittsburgh’s Center for Pharmaceutical Policy and Prescribing found that between 2007 and 2018, list prices of prescription drugs went up by as much as 9.1 percent every year, and even the coronavirus did not stop this increase in prescription drug prices.

In 2020 alone, drug companies were able to increase prices of more than 800 drugs.

And there are a number of reasons why consumers and health care payers pay excessively for prescription drugs. Some of the factors that may affect drug pricing are:

Drug companies have monopoly power which results from the patents granted to them by the federal government.

Once granted, these patents allow drugmakers to have monopoly pricing power for their drugs for up to 5 to 7 years, depending on the type of drug that was developed. This basically means that they can charge whatever they like for their drugs as they please.

But this government-granted patent also has a high potential for abuse, which allows drug companies to extend their monopoly power. As a result, they face almost no competition on the market for several years, which means racking up bigger industry profits.

One particular practice that drug companies engage in is called evergreening, which involves making minor modifications to a drug, including changing its packaging or method of administration. Even without any proven clinical benefits, they can extend their patents by doing this.

By maintaning these patents for lengthy periods of time, companies keep competitors away for any given drug. Research has shown that this practice, along with many others, result in high prescription drug prices.

Drug development tends to be expensive and takes a lot of time. And even though some experts consider this as one factor that plays a role in high prescription drug costs, many critics also question this notion of “innovation” that lots of drug companies tend to defend themselves with.

But more on that later.

From basic research to preclinical testing to final approval, drug development takes up to 12 years and costs approximately $3 billion throughout the whole process, taking into consideration the high failure rate, in which only 10-20% of drugs that are tested successfully enter the market.

However, a recent analysis by GlobalData found that among the 25 companies worldwide that allot the most money (more than $5 billion a year) for research and development, seven in the list are pharmaceutical manufacturers and eight are automobile companies.

But the catch is on the details:

The automobile companies on the list had profit margins less than 10 percent, while the drugmakers reported a “healthy average operating margin of 22 percent.”

While high drug prices continue to be a problem for many Americans, the debate on whether who to really blame for unaffordable medicines is still ongoing — and far from being over — as the entities who are often blamed also like to point their fingers at each other.

And whether you have been a part of this debate or well-informed about this issue, you’ve probably heard of big pharma, pharmacy benefit managers, health insurance providers, and pharmacies.

And while there’s a lot of finger pointing among these entities, the question still remains:

Who do we really blame for high prescription drug prices?

Is it really right to blame just one entity on this issue?

Reality is not that simple and the system that the pharmaceutical industry moves in continues to be a very complex one, and boling down the issue of high prescription drug costs to just one entity is almost the same as ignoring this complexity.

But there’s no question about it: there are several opposing viewpoints about what or whom to really blame on drug pricing.

Consumers and feds often blame ‘Big Pharma,’ or massive pharmaceutical companies, who set the prices for these drugs and therefore drives up its costs. And it’s really hard not to see their point when prices for orphan drugs, or medications sued to treat rare diseases, have at times increased by as much as thousands of dollars, for no apparent reason.

Manufacturers argue that they are forced to raise their list prices for their products because of the growing rebates that they pay PBMs.

Meanwhile, PBMs claim that drug companies are responsible for setting prices for prescription drugs in the first place.

With fingers being pointed in every possible direction, it’s really hard to decide and just single out one perpetrator to blame for the high price of prescription drugs.

But, as with most things in life, the truth may possibly be out there, waiting to be discovered under layers of personal interests, dirty secrets, and lots of confusions.

Is There a Way Out of This?

There is no single and easy solution to the problem of high cost of prescription drugs in the United States, as its underlying causes are complex and may be unique to the country only.

However, there are a number of possible solutions which may prove to be beneficial for patients, especially since they are the ones who are burdened the most by the already high and still rising costs of drugs.

One potential solution is to increase patient access to FDA-approved generic medicines and biosimilars.

According to the FDA, when generic competition exists, prices are 80-85 percent less than that of the brand drug.

Furthermore, seeing how the U.S. is still behind Europe in terms of patient access to biosimilars, a more simplified approval process for generics and biosimilars might also prove to be beneficial to patients.

According to a report from RAND Corp., biosimilars may cut health care spending in the U.S. by $54 billion over the next ten years.

Other experts also cite patent reform as a way to limit this problem posed by drug company monopolies, particularly by reducing the duration of patent protection.

This influences drug cost as current patent durations are too long, and drug companies tend to apply for new and multiple patents on the same drug with minor modifications, only to prolong monopoly.

No one entity can be singled out as the root of all evil and the sole cause behind the high drug costs in the Unied States.

Instead, a complicated mix of factors including the growing influence of pharmacy benefit managers and the greed of massive pharmaceutical companies have both contributed to skyrocketing drug prices.

The whole issue of continuous price increase in prescription drugs is a complex one, as different groups involved are looking to gain profit in every way possible.

Unfortunately, as with some things in life, some people get caught up in the complexity of things, and in this case, most of the burden is on the consumers and patients.

And even though legislations have been introduced to lower drug prices in the country, there is still much work to do in order to come up with a more comprehensive drug pricing reform act.