Home / General / How Long Do Pesticides Stay on Lawn?

How Long Do Pesticides Stay on Lawn? 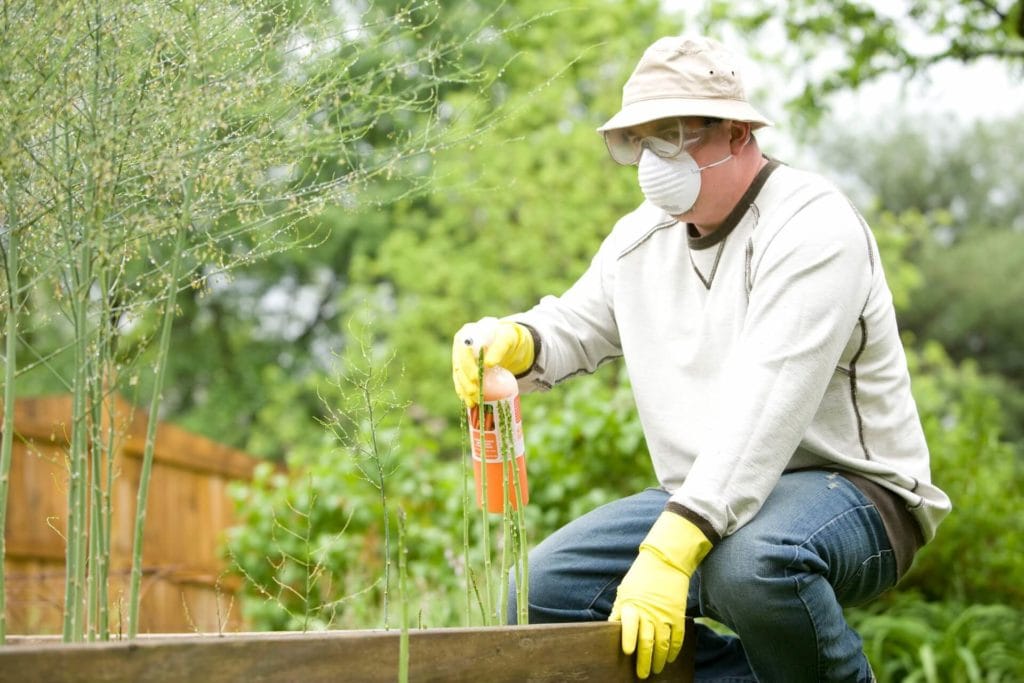 Evidence on health issues associated with pesticides continues to mount. And these chemicals do not only affect the health of your family or your pets, but even the environment and the rest of the population as a whole.

So before you decide to treat your lawn with pesticide, you should first understand the risks involved in using a pesticide and how you can take extra precautions to keep your loved ones from its potential adverse health effects.

This article will not only help you understand the impact of lawn pesticides on your family and pets, but will also guide you in keeping them safe against potential dangers brought by these chemicals.

Why do People Use Pesticides on Lawn?

Pesticides, including herbicides and insecticides, are products that are used for pest control, or for the purpose of controlling or getting rid of anything that’s seen as a pest, such as unwanted weeds, insects, and even rodents.

People also use them in their yards for lawn care, or to achieve a gorgeous and healthy lawn with a lush green look. However, the amount of evidence saying that pesticide use in lawns is not safe or necessary is steadily increasing.

One can’t help but ask, are we really in for that perfect green lawn, or are we risking more important things for the sake of a gorgeous landscape?

How Long Does it Take for Lawn Pesticides to Wear Off?

Each pesticide is labelled for each permissible use, and the conditions for using it are specified by federal regulations. Several companies that manufacture lawn products warn that people should not get near treated areas or surfaces for around 6 to 24 hours.

However, a 2013 study that examined the levels of pesticides in dogs’ urine indicated that herbicides remained on lawn for 48 hours after spraying.

Lawn Pesticides Can Be Harmful to Your Pets

Once your pets are out playing in a pesticide-treated lawn, they are not only rolling out of joy, but they are also picking up the toxic chemicals from the pesticide residue left on the grass.

Pesticides, including herbicides and insecticides, are scientifically proven to be harmful for your pets’ health. In fact, a study published in 2012 found a significant association between lawn chemicals and cancer in dogs. The study concluded that using traditional lawn care chemicals is likely to increase a dog’s risk of developing Canine malignant lymphoma.

These toxic chemicals can easily get into their coat and skin, as they have more skin area in proportion to their body size. Aside from that, they also lick their fur and feet, which makes it more possible for them to ingest these potentially harmful chemicals.

In fact, a 2013 study found that herbicides can be found in a dog’s urine following lawn treatment, which proves that the chemicals can indeed penetrate into your pets’ systems after lawn pesticide application.

If you have pets, it is important to keep in mind that they are more susceptible to the dangers of a lawn pesticide as they spend more time on the lawn to play and do their business. And the more they are closer to the ground, the higher the chances of them inhaling these toxic substances.

And then, what comes next? They make their way into your house.

The chemicals present in pesticides have been identified as endocrine disruptors, which are a category of chemicals that interfere with the body’s hormones, or the endocrine system.

This disruption can cause a wide array of medical problems, from cancers to immune system problems to birth defects to neurodegenerative disorders, including Parkinson’s and Alzheimer’s disease.

In fact, a certain herbicide has been the subject of many lawsuits recently filed in the United States. This controversial chemical is sold under the brand name Paraquat, which is widely used by farmers as a weed killer.

According to the Centers for Disease Control and Prevention (CDC), Paraquat is a highly toxic chemical herbicide that can cause fatal poisoning in case of severe exposure.

Several famers and agricultural workers who applied the weed killer on farms or worked on farms where Paraquat was used also subsequently developed Parkinson’s disease, which prompted them to file the first Paraquat lawsuit in 2017.

Similarly, you are also at risk of pesticide exposure if your pets have been on a pesticide-treated lawn and brought traces of these pesticides into your house on its paws and fur. As pesticide residue is tracked indoors, the chemicals may be transferred to the ground, the carpet, your dog or cat’s favorite spot, or even to you.

High levels of pesticides can linger indoors for years, as they break down faster when exposed to water and sunlight. In fact, a study published in 2001 found that even a week after lawn treatment, the broadleaf herbicide called 2,4-D was still detected on surfaces inside the house.

But above everyone, the most vulnerable group is the children. Considering how their immune systems are not that fully developed yet, they do not have the ability to protect themselves from toxins as well as adult’s bodily systems do.

Before applying or spraying pesticides on your lawn, take ample time to read all the information provided on its label, as it will tell you everything that you need to know about the chemical and you can safely use it within the suggested amount.

You can never go wrong with fully reading the label directions and complying with the instructions indicated in the product label. This is the best way to be safe.

Keep in mind that using more pesticide than what the label recommends will not do a better job at getting rid of pests. In fact, applying more pesticides than what is indicated is illegal and can have negative effects on humans, non-target plants and animals, and the environment in general.