Home / General / How Do Fertilizers Negatively Impact the Environment?

How Do Fertilizers Negatively Impact the Environment? 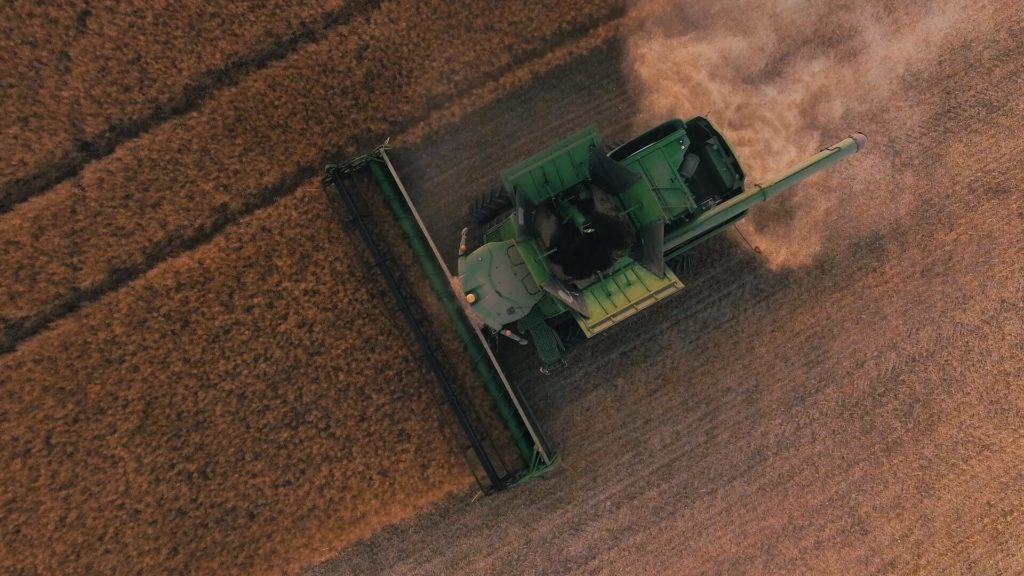 In recent decades, the rapid increase in population quickly resulted in an increased demand for food. That’s why it’s no surprise that farmers and agricultural workers also became more dependent on chemicals to grow crops.

But being too dependent on these harsh chemicals can be a bad thing. Another chemical used on crops, pesticides, have also been known to cause a wide array of negative effects not only to the environment but also to human health. In fact, a certain pesticide has been the target of many lawsuits recently filed in the United States.

Studies link a herbicide called Paraquat to an increased risk of developing Parkinson’s disease. Paraquat lawsuits continue to mount against the manufacturer of the toxic weed killer. Plaintiffs argue that the makers of Paraquat failed to warn them about the pesticide’s link to Parkinson’s and other neurological diseases.

In the past years, there’s also been growing scrutiny towards the increasing use of fertilizers. It’s important to note, however, that fertilizer doesn’t only cause harm in agricultural settings. As it turns out, it can also end up harming your front lawns, as well.

It was in the second half of the 20th century when farmers started using technological advances to increase crop yield. From synthetic fertilizers to pesticides and herbicides, these chemicals have all become a mainstay not only on farms but in backyard gardens and lawns, too.

Today, the rate at which farmers in the U.S. use nitrogen fertilizer is more than 40 times higher than it was almost a century ago. To get a better picture, this rate has far surpassed population growth. The dangers that were to come with the widespread use of fertilizers were anticipated decades ago.

Effects of Fertilizers on the Environment

Soils naturally contain nutrients including nitrogen, phosphorus, calcium, and potassium. These nutrients support plant growth. However, in some cases, when there are not enough soil nutrients, plants suffer from nutrient deficiency and stop growing.

This is where fertilizers come in. Once crops are harvested, the natural supply of nutrients in the soil should be re-filled. Farmers can add nutrients to their soils with the use of fertilizers. They turn to these chemicals because they contain plant nutrients like nitrogen, phosphorus, and potassium.

Other sources of nutrients that farmers can use to supplement elements found naturally in the soil include organic matter and even some plants. The addition of nutrients helps maintain soil fertility. This allows the farmer to continue growing nutritious and healthy crops.

However, too much of these substances can end up harming the environment. This is because some of the fertilizer used in fields may escape the soil in new forms that may contaminate the environment.

When excess nutrients from the fertilizer we use runs off into nearby waterways, they can cause algae blooms that are sometimes big enough for waterways to become impassable.

This process in which a body of water becomes enriched with plant nutrients is called eutrophication. This gradual increase in nutrients, however, can be harmful to other marine creatures. As the algae die, they sink into the water and start to decompose. In this process, they may use up all the oxygen in the water, leaving none for other aquatic organisms.

As a result, other marine species such as fish die as they can’t survive in these oxygen-depleted “dead zones.” According to the U.S. Geological Survey, one in five water wells in agricultural areas are contaminated with fertilizer byproducts that far exceed federal health limits.

Furthermore, in 2014, this kind of pollution of waterways also caused an algae bloom that ended up being so toxic that officials in Ohio warned half a million customers to avoid drinking and to prevent coming in contact with the city’s tap water for three days.

This may sound surprising at first. However, the persistent use of chemical fertilizer can actually alter soil fertility by increasing acid levels in the soil.

The synthetic chemicals in fertilizers negatively impact naturally occurring soil micro-organisms by affecting soil pH. These changes in the acidity level of the soil can eliminate these micro-organisms, which are beneficial to plant and soil health. They boost plants’ natural defenses against diseases and pests.

These helpful micro-organisms consist of mycorrhizal, antibiotic-producing bacteria, and other fungi, which are all found in healthy soil. Furthermore, the use of synthetic fertilizer also jeopardizes the health of bacteria that help fix nitrogen balance in the soil.

These nitrogen-fixing bacteria convert atmospheric oxygen into a form of nitrogen that can be readily used by plants.

According to studies, the effects of chemical fertilizers on the soil may not immediately be obvious. Instead, the signs of soil degradation may take time before surfacing. The presence of acids in the soil, such as hydrochloric and sulfuric acids, inflicts damage on the soil.

These acids dissolve the soil crumbs which hold rock particles together. Soil crumbs are composed of a combination of humus and decomposed natural materials like dead leaves or clay. They’re rich in minerals and are essential to soil drainage and the improvement of air circulation in the soil.

And when these chemical compounds destroy soil crumbs, you’re left with highly compacted soil with reduced drainage and air circulation.

After fertilizer application to crops, chains of chemical reactions produce nitrous oxide or N2O, a form of greenhouse gas. And even though its levels are still not nearly as much as two other climate change agents, CO2, and methane, scientists say nitrous oxide is hazardous.

This is because it’s a common greenhouse gas that can persist in the atmosphere for more than 100 years. This can result in global warming and weather changes. What’s more, is that it depletes the ozone layer as well.

According to experts, nitrous oxide emissions are also higher than originally thought and are increasing at a faster rate than previously thought.

How is fertilizer use being regulated?

The United Nations Food and Agriculture Organization first recognized that excessive fertilizer use posed environmental and public health hazards. This was agreed upon by U.S. environmental authorities when they acknowledged that agriculture was a primary source of reactive nitrogen pollution which needed to be regulated.

However, few steps were taken by the agency — then and in the decades that followed.

However, farming isn’t subject to the same process of monitoring and testing from the EPA, which are also applied to industrial sites and factories. Moreover, although much of the water being used in the U.S. is from surface water sources, according to the EPA, 13 million households continue to rely on private wells for their drinking water.

But the problem is these private drinking water wells are unregulated by the EPA and are not required to meet the agency’s clean water standards. Therefore, families who continue to use private wells are more vulnerable to the harmful effects of water pollution that can potentially come from industrial agriculture.

Intensive fertilizer use has long been under scrutiny. Although these chemicals may be helpful in the proper growth of plants, most of their benefits come with environmental costs.

Its negative effects on the environment include the wholesale pollution of waterways, poisoning of aquatic life, eliminating helpful micro-organisms in the soil, negatively affecting soil health, and contributing to climate change.

And even though there are federal environmental regulations that keep track of fertilizer use to some extent, there’s still much that needs to be done in order to avoid a potential environmental crisis due to these chemicals.