Home / News / What Are the Risk Factors for Necrotizing Enterocolitis?

What Are the Risk Factors for Necrotizing Enterocolitis? 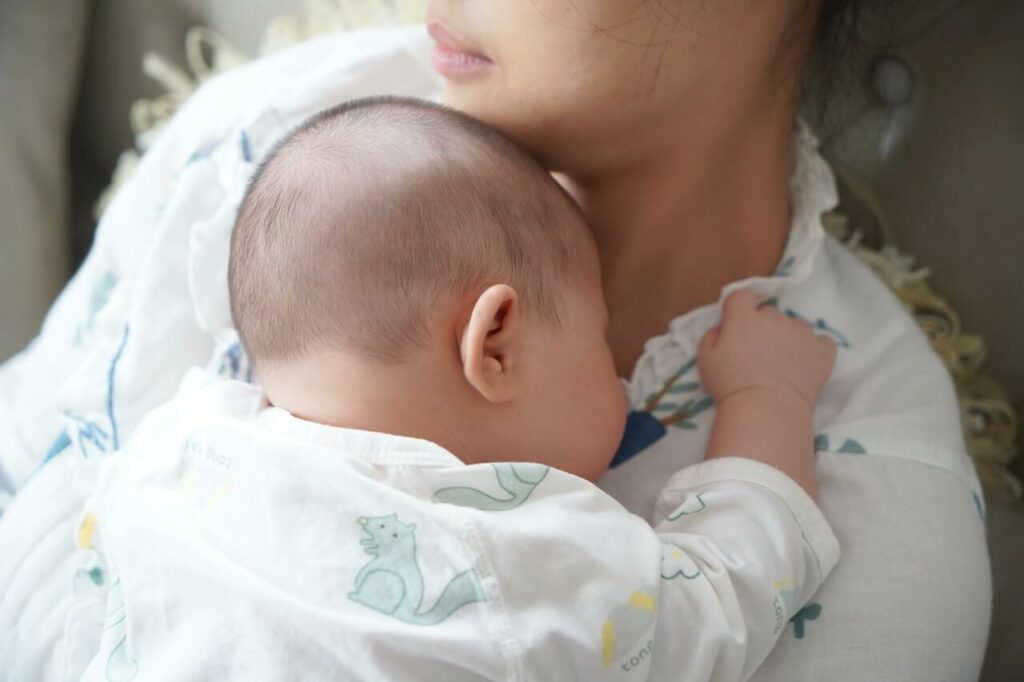 Although prematurity and birth weight remain the major risk factors for necrotizing enterocolitis (NEC), there are also other contributing factors that could increase a newborn’s risk of developing the disease.

One of these is formula feeding a preterm infant. Some formula products that have recently been the target of lawsuits for causing necrotizing enterocolitis in premature babies are Enfamil and Similac. According to parents or guardians who filed a NEC lawsuit, their preemies developed NEC and some even died from the severe gastrointestinal disease after being fed with the cow’s milk-based formulas.

But as mentioned, there are other causes that may put a premature or even a term infant at risk of developing NEC. Below are the NEC risk factors you should know about.

Necrotizing enterocolitis (NEC) most commonly affects premature babies. It is also the most serious gastrointestinal problem that affects preemies cared for in the Newborn Intensive Care Unit (NICU).

Years of study have shown that prematurity is the sole consistent risk factor for NEC. The reason behind this is the immaturity of the premature child’s digestive system, which makes it prone to the disease. NEC involves inflammation and infection in the premature gut, which may be caused by the growth of dangerous bacteria in certain parts of the intestine where they do not typically live. Additionally, the premature gut is developmentally immature to perform important functions such as digestion, absorption, and motility.

Motility is not only important for digestion and nutrient absorption, but it also helps prevent diseases in the gastrointestinal system, such as NEC. The disease affects as high as 15% of all infants who stay in the NICU. NEC remains one of the major unsolved problems linked to premature birth.

Research has consistently shown that infants fed with human milk have lower rates of NEC compared to formula-fed infants. The major reason behind this lies within the difference of the two: while breastfeeding helps prevent bacterial overgrowth, cow’s milk-based formulas promote abnormal bacterial growth.

When the gut of a premature infant is fully colonized with harmful bacteria, it can result in injury and eventually lead to intestinal inflammation, which is a defining characteristic of necrotising enterocolitis.

Evidence exists that preterm infants who receive human milk instead of formula are 6 to 10 times less likely to develop NEC. Cow’s milk-based formula products such as Enfamil and Similac have been linked to NEC in premature infants, and those who were given the formulas were found to be as much as three times more likely to suffer from NEC.

While necrotising enterocolitis can occur in full term babies, it is much more common in preemies, especially very low birth weight infants. In fact, 3% of infants with a birth weight of 1251 to 1500 grams (2 pounds 12.13 ounces to 3 pounds 4.91 ounces) to 11% of infants born weighing less than 750 grams (1 pounds 10.46 ounces) suffer from NEC.

Evidence exists that preterm or low birth weight infants fed with donor human milk have a significantly reduced risk of NEC compared to infants who were fed with formula milk.

These harmful bacteria can damage the child’s tender tissues.

Congenital heart disease (CHD) is a risk factor that is often present in term infants with NEC. CHD is associated with the incidence of NEC in the infant population, with rates ranging between 1.6and 6% in full-term infants with both NEC and CHD.

Infants with complex CHD have a significantly elevated risk of developing necrotizing enterocolitis. According to several studies, different types of CHD can contribute to the development of NEC. For instance, cyanotic CHD, a form of the disease which involves heart defects that cause low levels of oxygen to be delivered to the rest of the body, can predispose an infant to a state of hypoxia or low levels of oxygen in body tissues. This may facilitate the development of NEC.

Sepsis is a severe infectious disease in which the immune system reacts to an infection. When an infant younger than 90 days old develops the condition, it is called neonatal sepsis. Several studies have identified sepsis as a risk factor for NEC and infants with sepsis are three times more likely to develop NEC than infants without sepsis.

Furthermore, sepsis occurs in about 20-30% of NEC cases. This overreaction to an infection leads to inflammation throughout the body, further damaging the organs and tissue, including that of the intestine. Sepsis is a potentially life-threatening condition that is fatal in around 50% of cases.

When blood pressure drops to dangerous levels, not enough blood reaches different parts of the body. As a result, the affected cells and organs they are in start to malfunction. Very low blood pressure can potentially be fatal for it can cause shock, wherein organs are damaged by a lack of blood flow.

This drop in blood flow can cause damage to the tissue of the bowel, resulting in intestinal inflammation, which is a major contributing factor for the development of NEC.

When does NEC usually occur?

Necrotizing enterocolitis (NEC) usually occurs when a newborn is between three and 12 days old. However, late onset may also occur several weeks after birth. Some of the most commonly reported early signs are vomiting, long pauses in breathing, bloody stools, and decreased activity.

These symptoms can eventually lead to bowel perforation and necrosis. In such cases, surgical intervention is needed. And although more and more premature babies survive from the disease, NEC-related deaths have been increasing. Survivors are also at an increased risk of suffering from the long-term effects of NEC, including failure to thrive and neurodevelopmental impairment.

When is the risk of NEC over?

In several studies, early-onset NEC (EO-NEC) is defined as the development of NEC seven days after the baby’s birth while late-onset NEC (LO-NEC) is NEC that is diagnosed more than seven days post-birth.

Cases of late-onset NEC may be diagnosed for up to three to six weeks after birth. Interestingly, late-onset NEC that occurs within this period shows a higher risk for mortality. But even though a baby survives NEC, in some instances, they may remain at significant risk of recurrent NEC, undernutrition, gastrointestinal complications, and poor growth later into adulthood.

Do you believe your child has NEC?

No innocent child deserves to suffer from a severe medical condition or succumb to it when it could have been avoided if companies such as Enfamil manufacturer Mead Johnson and Similac manufacturer Abbott Laboratories did their legal duty to warn parents and guardians about how their baby formula products could cause premature infants to develop or die from NEC.

According to plaintiffs who have filed a NEC lawsuit, these manufacturers failed to adequately warn them and their medical providers about the dangers associated with the potentially toxic cow’s milk-based formulas.

More cases are abeing added to the slew of lawsuits filed against the baby formula companies as we speak. If your baby was diagnosed with necrotizing enterocolitis after being fed Enfamil or Similac, you may be entitled to compensation.

Do not hesitate to contact us today and we will help you take legal action by getting you in touch with the perfect NEC lawyer who can evaluate your claim and discuss your legal options with you.