And the Taxotere Manufacturer didn’t tell you…

Patients using this drug experienced permanent hair loss, a side effect the company did not make known when the drug was put out on the market.
Did you experience side effects? Fill out our form 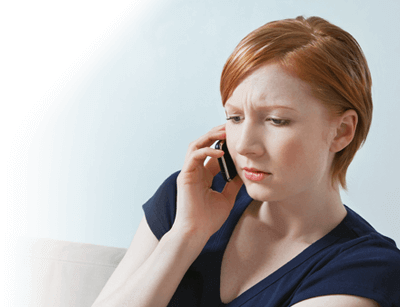 Taxotere has been the subject of controversy over the past few years. It is a drug that is used to treat a variety of cancers, including breast, lung, prostate, stomach and head/neck cancer.

However, many patients experienced permanent alopecia when using Taxotere, a side effect that was not mentioned by the drug manufacturer. That is why thousands of Taxotere lawsuits were filed – in 2022 and before – by women who took the drug during breast cancer treatment and suffered permanent hair loss.

Taxotere is most often delivered in combination with other drugs, such as cisplatin, doxorubicin and fluorouracil. These drugs are combined to give patients the best chance of beating their cancer diagnosis.

The infusion cycles are typically one hour, and these infusions are delivered every three to four weeks.

Taxotere is given to a patient through a vein, because there is no pill form of the drug. Premedication is administered to patients roughly three days before they are started on Taxotere.

The amount of the drug a patient would receive depends on a number of factors, such as their height, weight, general health, type of cancer and the stage of the cancer. It is up to a specialist to determine how much Taxotere is administered and for how long.

The side effects associated with Taxotere include the following:

Why are These Lawsuits being Filed?

The reason why lawsuits are being filed against the manufacturer of this drug is because of the side effect that involves permanent hair loss. There are numerous patients who took Taxotere over the past few years and found their hair would not grow back.

While hair loss is a part of many cancer treatments, such as chemotherapy, it is temporary in those cases. With this drug, it appears the hair loss is permanent, which is a side effect the company did not make known when the drug was put out on the market.

While it may appear as though patients are overreacting to the side effect of permanent hair loss, they do not see it this way. Many patients who were going through treatment were recommended this drug as part of their battle against cancer. But there are other comparable drugs, which work just as well as Taxotere, and they do not cause permanent hair loss.

For women who went through treatment with this substance, permanent alopecia is something that has a very damaging impact on their self-esteem and the rest of their lives.

If Taxotere was the only drug that treated a particular cancer, or had a higher rate of effectiveness as compared to other products, the lawsuit may not have much merit. Permanent hair loss would be viewed as a justifiable side effect.

However, the drug is not different from others on the market. It does not have any more effectiveness as compared to its competitors, and those drugs do not cause permanent hair loss.

And for women, permanent hair loss is something that can lead to serious bouts of depression, a lack of self-worth and anxiety.

Cancer victims, who already went through so much trauma and difficulty to beat their condition, were now treated to a reality where their hair would not grow back.

Unlike some other lawsuits against drug manufacturers, at the moment there is no class action lawsuit in this case. If a patent is to file a lawsuit, they would do so on their own. The decision to file, whether to accept a settlement, or to go to trial is entirely in your hands.

It is very important to speak with an attorney immediately if you suffered the side effect of permanent alopecia after taking Taxotere as part of your treatment for cancer. The longer a person waits to file, the harder it can become to get your case to a stage where a settlement is possible. Don’t hesitate to contact us and fill out the form you see when you scroll up this page.

The only downside to filing is that it can take years to get a favorable settlement – but that makes it even more important to file quickly.

One of the good things about bringing forward a lawsuit at this stage is the fact that the drug manufacturer is inclined to settle. Almost none of these lawsuits related to Taxotere will go to court. 99 percent of them will get settled, which is how the drug manufacturer would like things to play out.

So long as you have a solid case, and a good attorney at your side, getting a favorable settlement is definitely possible.

There are requirements for bringing forward a claim. You must be an individual who is female and survived through either Stage I, II or III breast cancer. The patient must have received Taxotere through an IV, taken the drug before December 2015 and suffered permanent hair loss.

If you, or someone who you know, fits into that category, it is important to file a lawsuit.

Every person is different. Some cases may only result in damages for medical bills, while the full slate of reasons may come into play for other patients. To make a determination about how much you could gain in a Taxotere lawsuit, get in touch with us via the contact form on this page.

Another positive aspect about filing a lawsuit related to this drug is the fact that you will only have to pay an attorney if your lawsuit results in success. If there is an acceptable settlement offer, or you win in court, your attorney will receive a percentage of those winnings.

If your case does not result in a financial award, your attorney does not receive any payment. There is no obligation to pay an attorney when filing a Taxotere lawsuit.

It will be up to an individual to determine what version of Taxotere they were given by doctors during their breast cancer treatment.

The idea behind the Taxotere lawsuit being MDL is because all of the cases get transferred to one court and are heard in front of one judge. It also means that litigation can move quicker, and the individuals filing lawsuits can expect a similar settlement offer from the manufacturers for each case.

If the cases were going in front of different courts in different states, the possible settlement offers would depend heavily on whether the manufacturer expected the judge to side in their favor or not. 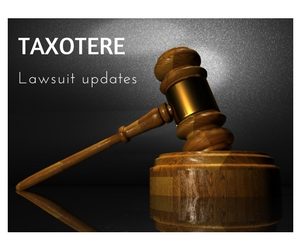 More than 1000 lawsuits were filed in the Taxotere MDL by May 2017 against Sanofi-Aventis and other manufacturers. Around 50 percent of the cases involve the original manufacturer, while the other 50 percent are against generic manufacturers. Both types of lawsuits are included in the same MDL. And the number of lawsuits is only expected to increase as more patients become aware of the possibility of filing for damages.

The drug was first green-lit in 1996, but the fact that permanent hair loss was a side effect was only mentioned on drug labels in December 2015. Anyone who was treated with Taxotere after December 2015 is NOT eligible to file.

According to the Judicial Panel on Multidistrict Litigation, as of August 2018, there is a total of 9,063 cases pending in the Taxotere (Docetaxel) Products Liability Litigation. People kept filing lawsuits during this entire year. Plaintiffs such as Barbara M. and Meredith H. from Louisiana brought their stories to the attention of the court up until the end of July 2018.

Eventually, in August 2018 another 353 cases have been consolidated in New Jersey Superior Court as a new multi-county litigation. A conference has been scheduled for October 4th in an order issued shortly after the approval of the centralization application. After the conference, the litigation will move forward and the dates for the first bellwether cases to be heard will be set. During the last week of September, the attorneys who speak on behalf of both the plaintiffs and the defendants submitted statements that included information on all the parties and assistant counsel involved, and potential reasons for recusal. Although a preliminary discussion about a possible settlement got underway, no official statement has been released, yet. The lawsuits filed in the multi-county litigation can also be included in the federal mass tort action.

The upcoming bellwether trials that will influence all future legal proceedings have been scheduled by District Judge Jane Triche Milazzo, who has recently taken over the litigation from Judge Kurt D. Engelhard. The dates have been set for May and September 2019, and May and September 2020. The first bellwether that will go before a jury on January 11, 2019 will be selected from the claims filed by the Louisiana plaintiffs Lisa Tuyes, Barbara Earnest, Antoinette Durden, and Tanya Francis. An additional group of 24 claims will be added to the pool by November 2018.