The harmful side effects of Juul, the electronic cigarette

There is more you don’t know.. Read on now 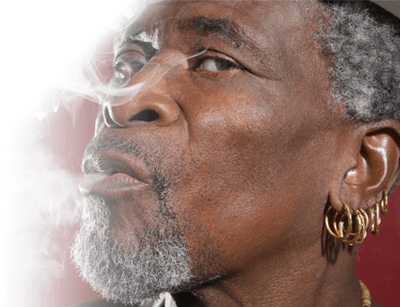 Vapers who used Juul products are filing lawsuits on a daily basis after they have been exposed to contaminated products or suffered from nicotine addiction and serious lung damage. The use of the popular brand of e-cigarettes and vaping liquids is allegedly associated with a recent epidemic of unexplained lung injuries, and the company has been accused by a former executive of releasing to the market nearly 1 million contaminated pods.

We’re here to provide you with legal assistance whether you suffered from any injury or addiction after using any Juul vaping product. Call us now and we will help you protect your rights in any way possible.

What are Juul Pods?

Juul is a popular brand of battery-operated e-cigarettes that are marketed in a convenient format called “pods.” These devices are sold as an alternative to traditional cigarettes as a method to quit smoking. The device is powered up by a battery that heats a coil used to vaporize a liquid. This liquid contains several substances including the highly addictive nicotine and other flavors such as menthol and tobacco flavor. Every time a user takes a drag from the device, an aerosol is generated and the user inhales it. The “pods” are equipped with cartridges that could be substituted to recharge the vape.

In October 2019, Siddharth Breja, a former Juul executive, filed a lawsuit against the e-cig manufacturer, alleging that the company shipped out 1 million pods despite being fully aware they were contaminated. Although the contaminant has not been disclosed, Juul’s former vice president of global finance claims he has been retaliated against and laid off immediately after he raised concerns that the contaminated shipment had to be recalled. The company refused to pull the product from the market or even just issue a public health and safety notice to consumers, suggesting that it would cost the brand nearly $40 billion in lost sales.

Breja depicted Juul’s ex-CEO Kevin Burns as an unscrupulous individual motivated by profits alone who tried to deceive customers and regulators many times already. Just like other Big Tobacco companies did in the past, the manager allegedly ran the company recklessly and without care for customer’s health, describing them as clueless “drunkards” who weren’t able to “notice the quality of our pods.” The company, however, strongly rejects all Breja’s accusations, stating that they are “baseless.”

Used by nearly 2.5 million Americans since their launch in 2007, e-cigarettes have been associated with several serious health risks. One of the most outstanding ones is an irreversible lung condition known as bronchiolitis obliterans or “popcorn lungs” that causes permanent scarring of the lung tissue, chronic shortness of breath, cough, and wheezing.

A study published in the journal Environmental Health Perspectives found that a substance known as diacetyl was contained in three-quarters of e-cig flavors and liquids. Diacetyl was known by the U.S. regulatory authorities already, since it was used in popcorn factories, causing countless cases of this severe lung conditions in workers who were exposed to it (hence the name “popcorn lungs”). Although Juul claims that diacetyl is not among the ingredients of its pods, very little is known about the contaminant that purportedly spoiled its latest shipments.

The outbreak of vape-associated lung injuries

The Centers for Disease Control and Prevention recently issued a multistate investigation regarding a serious outbreak of e-cigarette or vape-associated lung injuries (EVALI) across several states and counties. Right now, the American health agency has not been able to determine which chemicals can be responsible for this epidemic, but as of October 29, 2019, a total of 1,888 cases have been reported, including 37 death cases. Most of these cases involved products that contained THC (a psychoactive substance found in cannabis extracts) that were sold in the black market, but the cause of the damage has yet to be identified. A study from Yale highlighted how Juul’s products might contain many unlisted ingredients such as odorless alcoholic solvents, which may, or may not, be responsible for health damage.

Other risks associated with vaping

In the recent past, a number of people resorted to litigation in the United States after they got injured by defective e-cigarette devices that exploded. According to some reports, in 2016 alone, a total of 34 e-cigarettes explosions was counted in Colorado, resulting in 27 people being injured and maimed. The battery of e-cigarettes may sometimes overheat when plugged to different USB ports, or, if defective, the highly flammable electrolyte fluid may leak, causing the device to rocket across the place, conflagrate, and set people and things to fire.

Back in 2015, plaintiff Jennifer Ries was awarded a $1.9 million compensation after she filed a product liability suit against an e-cig manufacturer. The woman had suffered second-degree chemical burns on her legs, hand, and back.

Despite the fact that Juul eventually recalled many fruity or sweet-based flavored liquids, many plaintiffs accused the company of willfully encouraging young people to use its products. Since the vapes are colorful and appealing devices that can be easily charged on a laptop, it’s easy to understand how they can attract many youths and be used well beyond the originally intended adult-only use. Juul also voluntarily established an online community and social media culture that encourages young people to use its products.

Juul e-cigarettes are also allegedly unsafe for non-smokers since they can deliver a high amount of nicotine into a person’s bloodstream at a much quicker pace than a traditional cigarette. The risk of addiction is, therefore, substantial, and represents a serious health threat especially in teens and adolescents. Juul’s marketing campaign was so successful, that in 2018 3.6 million middle and high school students were actively using vapes.

Current status of the legal proceedings

Attorney and law firms across the country are pursuing Juul cases on behalf of youths who experienced nicotine addiction as well as people who suffered chronic lung damage, popcorn lungs or other vaping-related injuries. Plaintiffs allege that Juul failed to warn the public about the risks associated with the use of its products, including addiction and life-threatening lung conditions. The company is also accused of disseminating misleading, deceitful, or plainly false information in its advertising campaigns, website, and social media. Although so far no mass tort litigation has been centralized yet, as the number of lawsuits filed keeps increasing, there’s a chance that a larger civil action may ensue.