Soon after Essure hit the market, women who had had the device implanted started to complain of pain and unintended pregnancies. To date, manufacturer Bayer has faced more than 17,000 lawsuits related to Essure.

Have you experienced side effects? Fill out our form 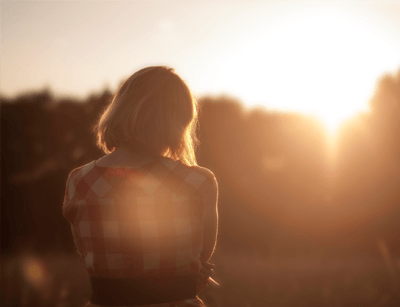 Essure lawsuits have been settled, no new cases are taken at the moment. Have you used another birth control device named Paragard? Paragard lawsuit plaintiffs are currently taking action against the companies Teva and Cooper.

For the past several years, many civil rights advocates across the country have been fighting, both inside and outside the courtroom, to seek justice for the many women who have been injured by Essure. Thus far, Essure manufacturer Bayer AG has made every effort to avoid taking responsibility for the damage done by its product and has shielded itself behind several laws to dodge all accusations related to Essure. Bayer AG has consistently stated that its product is safe, despite the ever-increasing number of lawsuits filed by those whose lives have been seriously impaired by Essure’s permanent side effects.


Bayer Pulls Essure Off the Market

However, in July 2018, the U.S. Food and Drug Administration (FDA) put significant pressure on the manufacturer, explaining that civil, and possibly criminal, penalties would be issued if the company did not adequately warn the public of the dangers associated with the contraceptive device. By December 2018, Bayer chose to pull Essure off the market, but justified its decision by claiming the move was only due to the decrease in sales caused by the negative media coverage of the device.

Do not hesitate to contact us through the form on the left if you or a loved one has suffered from the side effects of Essure. You might be eligible for compensation.

Essure is a minimally invasive form of female sterilization that was developed and brought to market by Conceptus, a subsidiary of Bayer AG. Essure is a type of contraceptive device consisting of two coils that are inserted into the fallopian tubes, which prevents fertilization of a woman’s eggs.

It has been legal in the U.S. since the FDA approved Essure in November 2002.

The development of Essure was primarily motivated by a desire to create a relatively low-impact alternative to tubal ligation, which has long been the standard method of female sterilization.

Tubal ligation requires a surgeon to cut or block the fallopian tubes via a small incision in the abdomen. It is a major surgical procedure that must be carried out in a hospital, and typically requires the use of general anesthesia. Essure, by contrast, can be implanted in a doctor’s office, often with only the use of a local anesthetic.

As a result of the tissue blocking the fallopian tubes, sperm cannot reach the eggs and pregnancy is prevented. This procedure can be conducted in approximately 10 minutes.

As stated above, the desired tissue growth typically takes three months to develop. A follow-up visit is typically scheduled three months after the procedure, during which a radiologist performs tests to ensure the fallopian tubes are indeed completely blocked. During the three-month period after insertion, the patient is required to use some other form of birth control. However, once adequate tissue growth is confirmed, alternative birth control methods can be abandoned.

Studies on Essure continued after it won approval by the FDA in 2002, and by 2009, it seemed to most that it had proven to be a safe and effective procedure.

By 2009, most – especially those at Bayer AG and Conceptus – were touting Essure’s safety and effectiveness. There were few, if any, dissenting voices; at least, in public. Yet, behind the scenes, evidence was beginning to mount of problems associated with Essure, including:

● Perforations of the fallopian tubes;
● Persistent pain and bleeding;
● Unintended pregnancies;
● And even some deaths that may be related to Essure.

Soon, consumers were raising concerns over the methodology employed during the approval process for Essure. It is, after all, a device intended to remain in place for life; yet, it was approved based on only a handful of short-term studies.

In fact, the original study only conducted a two-year follow-up on a mere 2% of the women who participated in the study. Again, this was for a device intended to be in place for potentially decades.

By 2013, thousands of women had begun to complain of serious side effects experienced after an Essure implantation. As a result, many opted for surgical extraction of the device. What followed this surge in negative media coverage was the filing of numerous lawsuits against both Conceptus and Bayer AG.

The Lawsuits Against Essure

The bulk of the lawsuits filed in the wake of revelations regarding Essure seek restitution for harm done based on the allegation that the company did not fully disclose the potentially severe side effects of the device. The testing methodology used to approve Essure is also being taken to task for being woefully inadequate.

The number of lawsuits alleging product liability and/or medical malpractice now stands in the hundreds, with more filed nearly every day. In the most serious cases, women have suffered significant uterine damage due to the device shifting and thus puncturing the fallopian tubes.

Litigants state that had they known the true risks associated with the device, they would have chosen an entirely different method of birth control.

In lawsuits against Conceptus regarding Essure, many claim that Conceptus knowingly hid information from the FDA related to an increased risk of uterine injuries in an effort to gain product approval. In addition, the plaintiffs in those cases claim that, since obtaining FDA approval for Essure, Conceptus has failed to inform the public about the true, known risks associated with the device.

A federal judge in Pennsylvania recently ruled that a lawsuit brought against Bayer AG by five women for misleading advertising related to the Essure device would be allowed to proceed over Bayer AG’s objections source).

District Court Judge John R. Padova determined that the women’s claims were reasonable and that Conceptus – and, by extension, Bayer AG – had failed to warn users of all of the potential risks related to the device.

In November, the FDA finalized its guidance on Essure. The new guidance requires the product to carry what is called a “black box” warning on its label. The new label must note “significant and/or common adverse events” associated with the device, its insertion, its use, or its removal.

The label must also include a statement that these risks must be relayed to the patient during pre-insertion consultations.

Moreover, the new FDA guidance requires that Essure provide a patient checklist that highlights the risks and benefits of the device. This checklist must be reviewed by the patient, and then reviewed with the attending physician. Both patient and physician must then sign off on the checklist.

The Way Forward: Essure Lawsuits in 2022 and Beyond

As of this writing, the FDA has received more than 9,900 adverse medical device reports concerning the Essure device. These reports have originated from both doctors and patients, and all allege that the permanent birth control device has caused serious side effects, including at least two confirmed deaths. Several other deaths have also been linked to Essure, but have yet to be confirmed as directly caused by the device.

Where do things go from here? No one can say; but, the fact remains that by September 2017, Bayer has stopped selling Essure in every country except the U.S., and the company is currently facing increasing controversy.

Bayer AG has recently set up two toll-free numbers for users of the Essure device who wish to report complaints. The company insists it wants to hear from any women experiencing problems with Essure, regardless of how serious or seemingly insignificant.

However, they go to great pains to insist that, so far, all of the reports coming into their toll-free reporting service are “consistent with clinical trials and… what the FDA is seeing.” Yet, it is clear that Bayer AG is biased in their interpretation of the data they have received related to Essure.

In 2015, the U.S. Congress held hearings during which they took testimony related to a citizen’s petition that had been filed with the FDA regarding Essure.

Essure Bill in the US House of Representatives

Note: In June of 2016 a bill was introduced in the US House of Representatives aimed at helping women who may have been injured by use of the Essure permanent birth control coil.

The bill, if passed as is by both the House and Senate and signed by the President would hold Bayer responsible for any and all injuries and/or deaths related to use of the device. The bill is not expected to see significant movement until 2017.

● In mid-2015 the FDA announced that its OB-GYN devices panel would review Essure’s safety, given the explosive increase in negative reports regarding the device. That investigation has not, as of this writing, reached any final conclusion.

● In November 2015, an evidence-based review of available data resulted in the new “black box” guidance detailed above and designed to alert the public to dangerous complications that may result from use of the device.

● The FDA also requested that Bayer AG conduct a brand-new surveillance program that follows at least 2,000 users of the device for a minimum of three years. During that time, the safety and effectiveness of the device is to be compared with other contraceptive methods. (It should be noted that some patients’-rights activists have voiced displeasure with the three-year timetable, feeling it is still grossly inadequate for a device that is intended to be implanted for life.)

In late 2015, the British Medical Journal published a study that concluded that the Essure permanent contraceptive device was no better at preventing pregnancy than a standard laparoscopic procedure.

The study also concluded that women who underwent insertion of the Essure device ran a 10-fold higher risk of reoperation than patients who opted for laparoscopic sterilization instead.

The Essure contraceptive coil hit the market with much fanfare but has proven over time to be a mixed blessing at best, and downright dangerous at worst.

If you believe you are suffering significant or unexpected side effects from an Essure coil, it may be in your best interest to investigate joining a class action lawsuit or filing an individual lawsuit of your own.