Have you been using Effexor?

One very popular SNRI, called Effexor, ended up causing a lot of controversy and resulted in a number of Effexor lawsuits.

In this article, we’re going to take a closer look at this drug. People who are affected might file a lawsuit against its manufacturer. 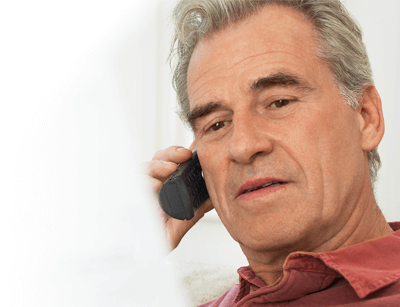 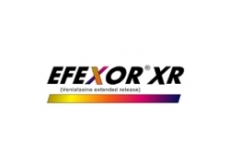 Effexor was the very first antidepressant in the drug class known as SNRIs, or serotonin-norepinephrine reuptake inhibitors. Wyeth released this drug to the market in 1993. The Food and Drug Administration approved this medication to treat major depressive disorder- also called MDD, generalized anxiety disorder- also called GAD, panic disorders and social phobias in adults. Wyeth was bought out by Pfizer in 2009.

As an SNRI, Effexor actually works a bit differently than the antidepressants of the SSRI, or selective serotonin uptake inhibitor, class of drugs. The SNRI drugs help to keep both serotonin and norepinephrine from being reabsorbed, while the SSRI drugs focus only on the levels of serotonin in the body. Researchers believe that by maintaining proper levels of serotonin in the brain, anxiety and depression will be prevented. Additionally, researchers believe that boosting norepinephrine levels reduces the occurrence of neuropathic pain. The SNRI drugs were developed after the SSRI drugs and some studies have indicated that they are much more effective and bring with them fewer side effects.

However, drugs in both the SNRI and SSRI classes do share some serious complications. Both of these classes of drugs have been linked to potentially life-threatening birth defects in babies of women who have taken these antidepressants while they were pregnant. Additionally, the Food and Drug Administration has actually issued its most rigid alerts regarding these drugs. These warnings, known as “black-box warnings” state that the drugs can actually increase the suicidal thoughts and behavior in patients younger than the age of 24.

Venlafaxine was approved for release to the market in June 2010 and is the generic form of Effexor. Prescriptions for this drug reached 17.2 million in the US in 2007. This makes it the sixth most prescribed antidepressant drug. However, in 2009, these numbers dropped and it fell to being the twelfth most prescribed antidepressant drug in the USA.

Though the Food and Drug Administration has only approved Effexor to be used to treat four specific illnesses, physicians are able to prescribe it for other conditions and there are several other uses that are gaining popularity. That being said, there are still Effexor lawsuits being filed, even though the drug continues to be prescribed.

In fact, over a decade ago, the company Wyeth funded a study that revealed that Effexor was very effective at reducing the pain that comes with diabetic neuropathy, which is a type of nerve damage that is characterized by tingling, pain, and numbness in the extremities. Additionally, it results in hypersensitivity to painful stimuli.

The results of the study were that the Effexor Extended Release is effective for diabetic neuropathy because it controls the amount of serotonin and norepinephrine in the brain. These neurochemicals affect both pain perception and mood.

Physicians have prescribed Effexor for treating debilitating migraines. In fact, in April 2012, new guidelines for the treatment of migraines was presented by a neurologist from the Jefferson Headache Center located at Thomas Jefferson University, at the annual meeting of the American Academy of Neurology. This presentation formalized Effexor’s role in the treatment of migraines. This study was then published in a journal called Neurology.

Additionally, when menopausal women are prescribed Effexor, they are finding that it offers them relief from their hot flashes. A study in 2006 showed that women taking this medication reported experiencing 60 percent fewer hot flashes. However, Effexor seems to work best at higher dosages, meaning that side effects are increased. Therefore, women have to consider the risk of side effects and weigh them against the benefits provided by Effexor. If this doesn’t happen, some severe side effects may occur, many of which have resulted in Effexor lawsuits.

What are the Side Effects of Effexor?

Patients who have taken the medication Effexor have reported a variety of side effects, including lack of interest in sex, inability to achieve an orgasm, and difficulty becoming aroused.

One study showed some other troubling side effects experienced by patients taking this medication.

One Wyeth study reported the following everyday concerns, including blurred vision, constipation, dizziness, dry mouth, insomnia, nausea, nervousness, and sweating. These low level side effects do not make one eligible to file an Effexor lawsuit.

Are there Serious Side Effects of Effexor?

The above side effects are those that are simply unpleasant. This medication has also been associated with some dangerous and even life-altering side effects, many of which make you eligible to file an Effexor lawsuit. These include birth defects in babies of those mothers who took the drug while pregnant, serotonin syndrome and discontinuation, and even suicidal thoughts.

The Food and Drug Administration offers a warning to women who are pregnant to weigh the risks and benefits of taking specific medications while they are pregnant. In order to convey this warning, a grade is assigned to prescription medications in order to reveal their safety for use during pregnancy. Along with most of the other antidepressant medications, Effexor has been given a grade of C. Medications with this warning have been proven to cause harm to laboratory animal babies when taken in high doses by the mother during gestation.

Due to ethical reasons, these medications can’t be tested on human babies. However, birth defects and even miscarriage have been noted in those mothers who take the antidepressants while they are pregnant.

There is one birth defect in particular that has been noted by the Food and Drug Administration associated with using the medication Effexor and other SNRIs- PPHN, or persistent pulmonary hypertension of the newborn. This disorder damages the heart and lungs of a newborn, which makes it difficult for the baby to adapt to the world outside of the womb. This condition is not easily discernable in utero and in approximately 10 percent of cases, is fatal. The Food and Drug Administration requires that Effexor have a black box warning in its labeling information, revealing this information.

Serotonin syndrome is characterized by sudden onset and can actually be fatal if not noticed and treated quickly. Symptoms of serotonin syndrome include the following: high body temperature, increased heart rate, high blood pressure, and hyperthermia. These symptoms can result in shock, so it is vital to seek medical treatment when you first notice them.

Another significant concern for individuals taking Effexor is discontinuation syndrome. This results when the medication is stopped suddenly, if a dose is missed, or if the dosage is decreased too quickly. Individuals experiencing discontinuation syndrome will suffer withdrawal symptoms including severe headaches, extreme fatigue, poor coordination, disorientation, and stomach cramps. In order to avoid this, some physicians will switch their patients to SSRIs, which don’t have as many symptoms of withdrawal before getting them off of antidepressants all together.

In 2004, the Food and Drug Administration issued a warning that according to many studies, specific antidepressant medications could increase suicidal thoughts and behaviors in children and young adults. Two years later, in 2006, they increased this to increase adults up to the age of 24. This medication has not been approved for use in children, however physicians have been known to prescribe it to older teens.

Due to the serious nature of this side effect, the Food and Drug Administration has required that both SNRI and SSRI manufacturers have black-box warnings on their packaging addressing the increased risk of suicidal thoughts and behavior during initial treatment- this is defined as the first 1-2 months.

Women who took this medication while they were pregnant and suffered a miscarriage, or had a child born with a defect or who developed complications later on could be entitled to file an Effexor lawsuit. You will need to speak with a product liability attorney to learn more about your options.

In August 2012, one of the most well known Effexor lawsuits was filed. Two families filed an Effexor lawsuit in Pennsylvania after their children suffered birth defects after the mothers used Effexor. One of the babies was born with hypoplastic left heart syndrome- which requires surgery and the other was born with craniosynostosis, which is where the skull is formed in such a way as to not allow room for the brain to grow.

Update January 3rd 2023: Regarding the Effexor lawsuit there is really no news at the moment. No trials or a settlement happened and in 2016 Federal Judge Cynthia Rufe closed all cases. Bookmark this page (Press Control + D) and check back once in a while to see if there are updates.