Zantac lawsuits are filed as we speak

The heartburn medication Zantac is being recalled by its manufacturer. 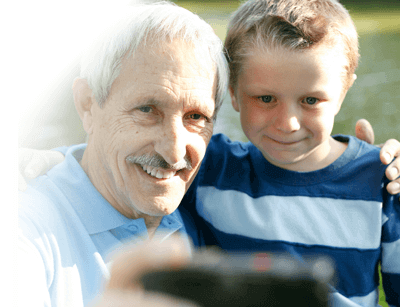 People who regularly used the popular heartburn drug Zantac are filing a lawsuit after being exposed to a serious risk of cancer. According to official sources, the medication used to treat acid reflux and gastric issues has been contaminated with dangerous amounts of NDMA, a known carcinogen. Although the contaminated batches have been recalled by the European and American health agencies, it may be too late for all those people who used it over the course of several years.

If you developed bladder, stomach, intestinal, pancreas, or kidney cancer after taking Zantac or any other ranitidine-based generic medication for more than 60 days, you might be eligible for compensation, you may be eligible for compensation if you file a lawsuit. Read our page to know more about the purported dangers of this substance and what are the requisites you need to seek compensation. We’re here to help you and provide you with the necessary legal resources to fight for your rights.

Zantac is a popular brand-name drug manufactured by Sanofi-Aventis that contains ranitidine hydrochloride. This active ingredient is a powerful antacid of the histamine-2 (H2) blockers family, a group of medications that act by decreasing acid levels in the stomach. It is available both by prescription or over-the-counter (Zantac OTC), and it’s used to tread a variety of gastric issues ranging from a simple upset stomach to heartburn, acid reflux, gastritis, and stomach ulcers. Its dosage varies between 75 and 300 mg tablets, although it’s also available in injection form.

One of the most popular drugs of all time, Zantac became the first drug in the U.S. to top $1 billion in sales in 1986 – only three years after it was originally released to the public. Although the market is flooded with many generic versions of ranitidine, Zantac still is the most popular brand sold in America, with over $129 million in sales in 2018 counting the over-the-counter medication alone. In the 2000s, GlaxoSmithKline PLC eventually sold the brand to Johnson & Johnson, Boehringer Ingelheim Pharmaceuticals, and finally to Sanofi SA, who now owns and manufactures it.

Call us now
on our toll-free number:

Why is Zantac dangerous?

In September 2019, the U.S. Food and Drug Administration (FDA) and drug-safety officials from the equivalent European agency issued a warning about Zantac and other ranitidine-based medications containing dangerous levels of N-nitrosodimethylamine (NDMA). This chemical is a dangerous and volatile substance that the U.S. Environmental Protection Agency (EPA) and the World Health Organization (WHO) classified as part of “a family of potent carcinogens” known as N-nitrosamines.

The maximum daily intake of NDMA has been determined by FDA to be no more than 96 nanograms. However, in June 2019, the pharmaceutical testing laboratory Valisure analyzed several batches of ranitidine for contamination, finding more than 2,5 million nanograms of NDMA in a single 150 mg tablet – a quantity that the FDA classified as “unacceptable” since it’s 26,000 times higher than the safety limit.

What are the effects of NDMA on the human body?

NDMA is a chemical used for industrial purposes as a lubricant, and in aviation as rocket fuel. It is also a byproduct of gasoline refining, wastewater treatment, and several industrial processes. It is very dangerous to human health, and exposure is known to cause several types of cancer, including:

Many attorneys who act on behalf of plaintiffs who developed cancer after taking ranitidine for years claim that NDMA is not just an “impurity” found in a handful of contaminated batches. The medication is allegedly very unstable once it reaches the highly acidic environment found in the human stomach, and it’s degraded in even higher quantities of this dangerous chemical than the amounts identified by the FDA. Sanofi may have hidden a serious threat to public health that originates from a serious design defect of the medication itself.

Take our one minute questionnaire

Despite the serious threat posed to human health by these high levels of NDMA, Sanofi did not recall the product from the market. However, Walgreens, CVS, and Rite Aid, the three largest retail pharmacy stores in the U.S. pulled all ranitidine-based medications from their shelves. Many other generic manufacturers preferred to err on the side of caution, both in the U.S. and Europe.

This is not the first time that a drug is found to be contaminated with NDMA, too. A few years ago, several batches of the hypertension medicine valsartan had to be recalled because it contained many dangerous impurities. Although back then the reason for the contamination was that the active pharmaceutical ingredient was manufactured in India or China, the FDA did not disclose whether a connection is present for ranitidine.

Current state of the legal proceedings

The first Zantac lawsuit has been filed in September just a few days after the FDA warned the public about the health risks. The case (Garza v. Sanofi-Adventis U.S.) has been filed in a Federal Court in California, and it’s probably just the first of a long list of litigations. As more people who have been injured because of this substance will take a step to seek justice across the country, the number of cases may grow so large that they are eventually centralized into a mass tort or Multi-District Litigation.