Home / News / What Crops Are Sprayed with Paraquat?

What Crops Are Sprayed with Paraquat? 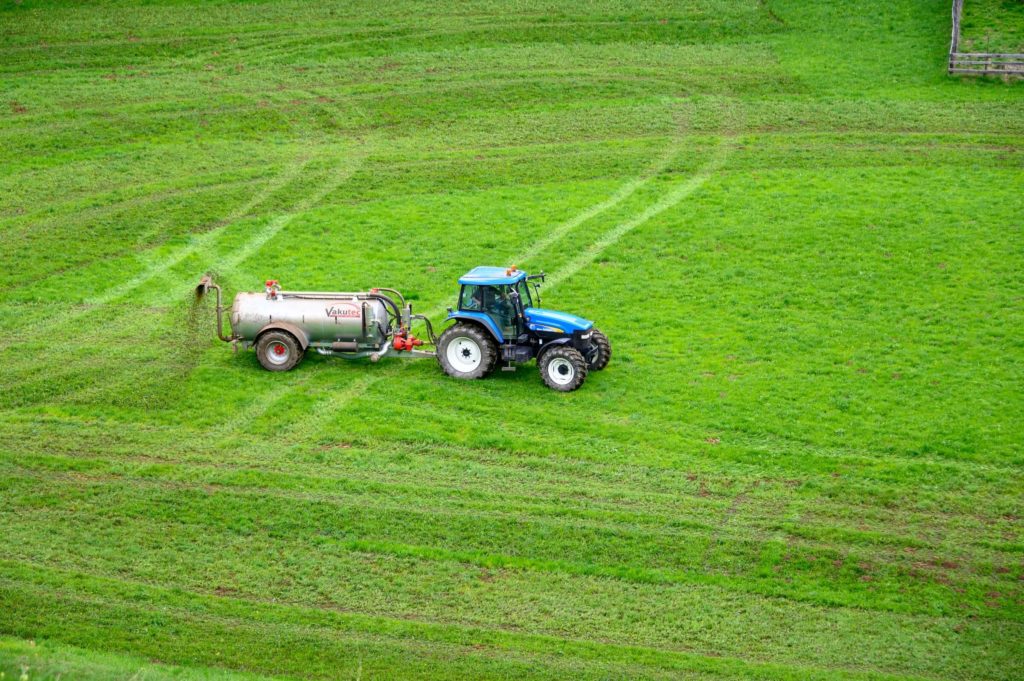 The herbicide paraquat has been banned in 32 countries due to its high toxicity. But in the United States, as crops become more resistant to Monsanto’s Roundup, paraquat use increases each year.

The chemical compound remains one of the most widely used herbicides in the country despite the potential health risks it poses to humans. One of which is Parkinson’s disease, which has been a risk cited in the first paraquat lawsuit filed in 2017 by farmers who were diagnosed with Parkinson’s after being exposed to high amounts of the herbicide.

Today, only certified pesticide applicators have access to paraquat. However, it’s still used on a wide variety of crops in the U.S.

In this article, we will discuss what particular crops is the pesticide mostly used on. You will also learn about the latest news surrounding paraquat that got several environmental groups facepalming.

The EPA warns that one sip can prove to be fatal and no antidote can save you. Paraquat is primarily used for grass and weed control and also goes by the brand name Gramoxone, among many others.

It kills both broadleaf weeds and grasses by inhibiting photosynthesis, the process by which plants convert sunlight into chemical energy. Paraquat acts quickly and works particularly well in no-till systems. These factors greatly contributed to the uptick in paraquat use among farmers and it soon became a popular favorite.

Paraquat has been available for commercial purposes since 1961 but was categorized by the U.S. EPA in 1978 as a “restricted use” pesticide on account of its high toxicity. However, the toxic chemical is still widely used on more than 100 different crops by certified users who have undergone EPA’s mandatory training.

The EPA has imposed stricter use and handling restrictions on the pesticide. However, each year, farmers still use over eight million pounds of paraquat herbicide.

Today, it is used on more than 100 different types of crops, including:

Paraquat is also used for weed control even in non-agricultural settings and for desiccation of crops such as cotton, prior to harvest.

There’s no denying that the herbicide has been prominent since it was made available 60 years ago. Unfortunately, the consequences of paraquat exposure on human health and the environment are just some of the prices we have to pay for effective weed control.

Why is paraquat dangerous?

Paraquat is a non-selective herbicide. This means that it eliminates all plants indiscriminately, causing collateral damage to plants and even animals.

Paraquat is also known to persist in the environment for longer periods of time and is potentially toxic to birds and non-target plants.

But of course, perhaps one of the least attractive statistics that paraquat has is its health dangers to humans. Already outlawed in many nations around the world, its ‘One sip can kill’ labeling display should be enough evidence of paraquat toxicity.

Accidental ingestion of paraquat has already taken several lives in the United States. Most of the incidents were mainly due to the transfer of the chemical to unlabeled bottles that were later on mistaken for conventional beverages.

Moreover, according to the U.S. Centers for Disease Control and Prevention, in some parts of Asia, the Pacific Islands, and South and Central Americas, paraquat has been used as a means of committing suicide.

Paraquat can enter the body through the skin, lungs, or digestive system. If ingested in large amounts, it can cause:

Various health organizations have reported cases of paraquat poisoning and prolonged exposure to the chemical. Just like you, we can’t help but think: are the current regulations getting us anywhere?

What does the scientific community say about paraquat?

Mounting evidence has suggested the negative impacts of paraquat on human health, particularly the link between paraquat exposure and Parkinson’s disease.

A 2009 study published in the American Journal of Epidemiology found that exposure to paraquat along with a popular pesticide called maneb within approximately 500 meters (about 1,600 feet) of a home increases one’s risk of developing Parkinson’s disease by as much as 75 percent.

In 2011, findings from a National Institute of Health Farming and Movement Evaluation (FAME) study showed that farmers and agricultural workers who use paraquat subsequently developed Parkinson’s disease 2.5 times more compared to people who did not have exposure to the herbicide.

Moreover, a 2017 study published in Nature Chemical Biology found that paraquat causes oxidative stress and damages cells. Interestingly, oxidative stress is also thought to play a crucial role in the development of Parkinson’s.

Unfortunately, paraquat-related cases of PD don’t stop at the people who come into close contact with the pesticide such as farmers and agricultural workers.

At times, its dangers can also extend to people who live near farms where paraquat is being used, as well as to those who live in residential communities and rural areas.

Why is paraquat still used?

Here’s a substance that has been banned in several countries, including China, Thailand, the United Kingdom, and European Union nations. And yet, it is still being marketed and used widely by farmers in the United States.

Around 150 pesticides that the World Health Organization (WHO) considers hazardous are still available for use in the U.S. 70 of those were banned in at least one country.

And while EPA acknowledges the dangers of paraquat, to this day, is still allowing its use countrywide.

The agency recently said in a decision that the highly toxic chemical can stay on the market. Obviously, environmental groups are not impressed.

Paraquat Recently Given Green Light by the EPA

In an interim decision announced on August 2, the EPA said that paraquat can stay on the market coupled with new safety measures to reduce farmer and agricultural worker exposures.

The decision comes as paraquat dichloride manufacturer Syngenta faces several lawsuits from farmworkers who claim that their exposure to the pesticide played a role in their subsequent diagnosis of Parkinson’s disease.

Under the Trump administration, the EPA proposed severe bans on paraquat, including most aerial spraying. But recently, citing new research and a data review, the agency says aerial application is now allowed with a few restrictions, such as no-spray buffers in residential homes.

Other new measures include prohibiting the application of paraquat with backpack sprayers or having anyone on the ground when the chemical is being sprayed.

The EPA is also requiring the use of fully enclosed cabs or use of respirators during ground applications and is increasing the amount of waiting time for workers before they can enter treated areas.

In 2016, the agency imposed packaging and label changes in light of the rise in cases of accidental ingestion and death due to the illegal transfer of paraquat into unlabeled bottles or beverage containers.

Recent research on the link between paraquat exposure and Parkinson’s disease prompted the EPA’s Trump-era proposal, but the agency just backtracked on the matter weeks ago. Now, through a review of studies, it has decided that paraquat does not cause PD.

“Based on the findings from these studies, it was concluded that there is limited but insufficient, epidemiologic evidence to conclude that there is a clear associative or causal relationship between occupational paraquat exposure and PD,” the decision reads.

Although there may be loopholes evident in some regulations regarding paraquat, the instruments provided to us by the law offer us a way to fight back and hold abusive manufacturers accountable through litigation.

Filing a paraquat lawsuit is an option for those who suffered from Parkinson’s disease as a result of paraquat exposure.