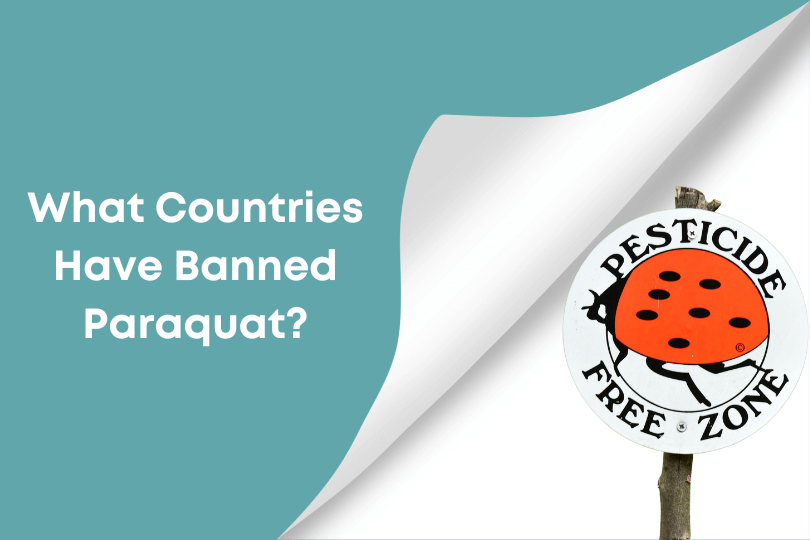 With its acute toxicity and link to Parkinson’s disease, it comes with no surprise that Paraquat use has been banned in several countries across the globe.

Aside from studies linking the highly toxic herbicide to Parkinson’s, evidence also continue to mount on many other alarming health effects it can cause. From birth defects to learning disorders and neurological problems, the dangers of Paraquat have always been evident.

But while other countries have taken notice of these health effects and banned its use, one agricultural country has increased its use: the United States.

It’s worth noting that U.S. farmers and agricultural workers who used Paraquat in their workplace and subsequently developed Parkinson’s disease have already filed a Paraquat herbicide lawsuit in several federal courts across the country.

However, despite the increasing concerns on Paraquat, its use has only doubled in the U.S. In fact, a 2019 study by Nathan Donley revealed that among the four largest agricltural nations in the world, namely the United States, European Union (EU), China, and Brazil, the U.S. remains to be the only country that still widely uses pesticides that have the most potential for harm to humans and the environment.

What, if anything, can the U.S. learn from other countries that have banned Paraquat? Read on to learn more about the nations that have prohibited the application of the herbicide and what possible lessons America can learn from these nations.

Why is Paraquat banned in many countries?

Paraquat is a non-selective herbicide used on large and small farms. It destroys green plant tissue on contact. Paraquat is the most toxic herbicide to be marketed over the last 60 years. In fact, according to the Environmental Protection Agency (EPA), “one sip can kill” and there’s no antidote that can save you.

Despite its high toxicity, however, it’s the third most widely used herbicide in the world. Moreover, in most countries where it is registered, it can be used without any restrictions.

Since 2009, several studies have found a strong link between long-term Paraquat exposure and an increased risk of developing Parkinson’s disease: a prgoressive brain disorder that affects movement. A 2011 study conducted by the National Institutes of Health revealed that farmers and agricultural workers who sprayed Paraquat have a 2.5 times increased risk of developing Parkinson’s.

However, pesticide applicators aren’t the only ones at risk of contracting the brain disorder.

A study published in The American Journal of Epidemiology reported that individuals who lived within 550 yards from farms where Paraquat is applied were 75% more likely to develop Parkinson’s disease.

What countries is Paraquat banned in?

Because of Paraquat’s link to Parkinson’s and the role of Paraquat poisoning in thousands of deaths worldwide, 32 countries have banned the toxic weed killer.

Some of the countries that prohibited Paraquat use include:

Currently, Paraquat is sprayed on over 50 crops in around 120 countries. But just because some countries banned the use of Paraquat doesn’t mean they stopped exporting in.

The United Kingdom, in particular, was condemned for exporting thousands of tonnes of Paraquat to developing countries. Critics have condemned the practice and called it an “astonishing double standard.”

Syngenta AG, a Chinese-owned, Swiss-headquartered company manufactures Paraquat. The glaring irony in this fact is that the weed killer is banned in both China and Switzerland.

And although Syngenta makes Paraquat, it’s Chevron USA, Inc. that has the license to make and sell the herbicide in the U.S. under the brand name Gramoxone. Gramoxone is the most common trade name for Paraquat, but it’s also being sold under many different brand names by many different manufacturers.

Global sales of the herbicide paraquat are estimated to be at around 25,000 tonnes. As much as 70% of this amount is being used in developing countries.

Furthermore, in third-world countries, Paraquat has been used as a means of committing suicide because it’s widely available at low cost. In Samoa, for instance, from 1979 to 2001, 70% of suicides were due to paraquat poisoning.

Meanwhile, in South Korea, when the toxic chemical was completely banned in the country, death by pesticide dropped 46%. This decreased the country’s overall suicide rate.

How does it affect humans?

Paraquat is highly toxic and enters the body through three routes of exposure:

Among the three, ingestion is the most fatal form of exposure. As little as a teaspoon of concentrated paraquat can lead to death. Death is through respiratory failure and may occur anywhere between a few days after poisoning and even a month later.

The toxic pesticide can also cause damage to different organs in the body, including the lungs, kidneys, heart, central nervous system, liver, and spleen, among others.

Paraquat is linked to a wide array of severe and long-term adverse effects on human health as well. These include kidney failure, rapid heart rate, reproductive health effects, and chronic lung damage. There’s a growing body of research also linking the chemical to a heightened risk of developing Parkinson’s disease.

Paraquat Lawsuits Are Being Filed As We Speak

The Paraquat MDL now has over 700 lawsuits and it’s expected to grow as more and more people become aware of the adverse health effects that the toxic chemical can cause.

If you or a loved one was exposed to Paraquat and you subsequently developed Parkinson’s disease, you may have a case against Paraquat manufacturers.

It’s important to consult with a paraquat lawsuit attorney who can help determine if you’re eligible to file a case. We’re fully aware, however, that the thought of pursuing legal action may be overwhelming for someone who’s also enduring injuries and complications at the time.

But that’s where we come in — we’re here to help you in finding the appropriate legal counsel and the right lawyer who can help you achieve the financial compensation you justly deserve. Contact us today to explore your legal options.