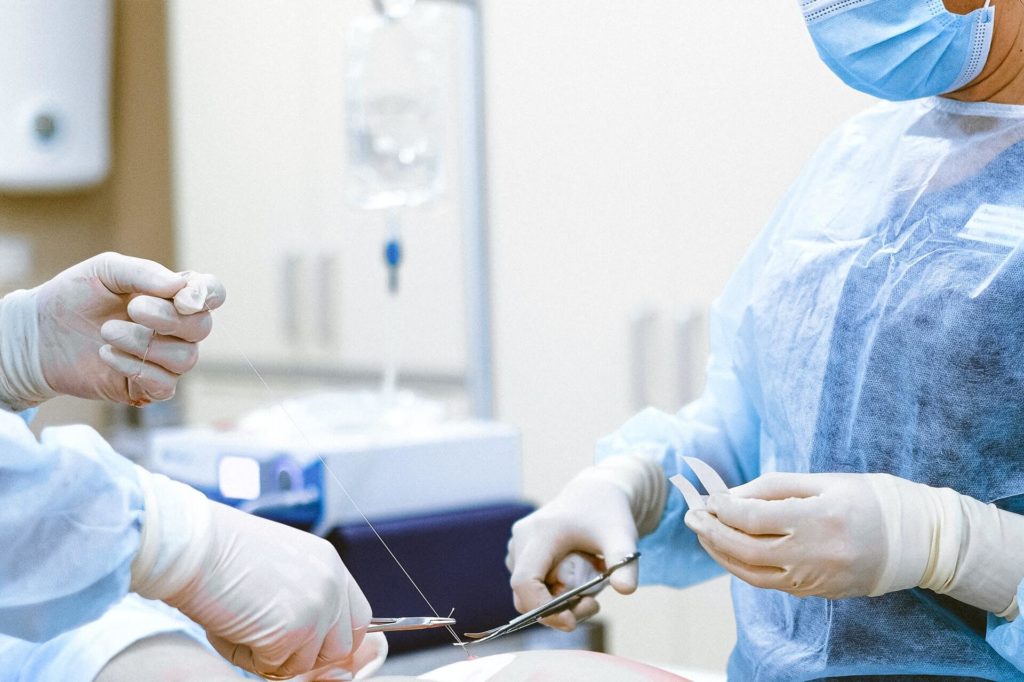 Hernia mesh remains to be the gold standard for hernia repair surgery for several decades now. After all, the medical device has been billed as the top option to avoid hernia recurrence and other complications.

However, this doesn’t seem to be the case for many patients who experienced major side effects and complications following hernia surgery.

For instance, when the mesh fails, it doesn’t only result in hernia recurrence. In fact, hernia mesh failure can also lead to other life-altering complications.

Over the past years, patients who suffered from mesh failure after being implanted with potentially defective hernia mesh devices have filed a hernia mesh lawsuit to make the makers of the products liable for the injuries they suffered.

Continue reading the article to learn more about the causes of hernia mesh failure.

What is mesh failure?

Hernia mesh failure occurs when surgical mesh used for hernia repair surgery fails to perform as it is designed to do and complications result from it. A hernia mesh surgery is one of the most common procedures done in hospitals across the United States today.

Signs of hernia mesh failure can occur any time from weeks to even seven several years after surgery. The most common sign of mesh failure is chronic pain.

Other symptoms of hernia mesh failure include:

If left untreated, failed mesh can result in potentially life-threatening complications which could eventually be fatal.

In some cases, this may mean removing the surgical mesh to be replaced with a similar medical device of its kind. However, it can also be complete removal of the hernia mesh implant without being replaced.

With that said, this surgery can often be more complex and time-consuming. It can also pose more risks to the patient compared to the initial procedure.

There’s no single factor that can cause a hernia mesh to fail. Oftentimes, it happens as a result of different mesh-related complications. At times, however, the problem is with the device itself.

Other types of hernia mesh products are more prone to fail. This may occur because of the particular device’s defective or poor design.

Some of the major causes of hernia mesh failure include:

Mesh migration occurs when the mesh moves from its intended location to another part of the body. Device migration can be mechanical/primary or secondary.

In mechanical or primary migration, the mesh product isn’t securely attached to the surrounding tissue well enough for it to remain in place. As a result, the device can move, especially if caused by an external force.

On the other hand, secondary migration is a type of migration that can take months or years before occurring. It is triggered by the body’s own inflammatory response to the mesh. During this process, the mesh can erode and eventually migrate.

Complications that can result from a hernia mesh migration include:

No one can predict if a hernia mesh implant can surely remain intact inside the body for several years. In some cases, it can disintegrate or break down into tinier or larger pieces.

This can be dangerous as small pieces of the device can travel inside the body, potentially coming into contact with a surrounding organ and damage it.

These mesh fragments can cause chronic pain to a patient. A complicated medical procedure may also be needed to locate every single piece of mesh inside the body.

Infection is one of the most common complications of hernia mesh repair. An infection occurs when there’s growth of germs in the body. These germs may be bacteria, viruses, fungi, or other microorganisms.

In the case of mesh infection, bacteria can invade the surgical mesh and in extension, the surrounding tissue. An infected hernia mesh can potentially be a life-threatening medical emergency.

Hernia mesh infection can cause the following side effects:

In some cases, patients may not even know that their symptoms are related to the mesh. In severe cases, another operation may be necessary to treat serious infection and other complications.

Breakage refers to the hernia mesh product breaking while still inside the body. Any foreign object that fractures may have sharp edges but it becomes worse when the object in question breaks inside the body.

The broken piece of the mesh device can get infected and migrate to other locations in the body. This can cause injuries such as bowel obstruction and perforation.

Each patient is different. Therefore, their immune response to a foreign object inside their bodies may also vary greatly. In some patients, the body may not be very welcoming of the newly implanted hernia mesh.

The body will sometimes reject the mesh as it views the device as an invader and attacks it. This immune response may materialize as inflammation that can also result in inflammation and other complications, ultimately causing mesh failure.

Does the device have a high failure rate?

The majority of data on hernia mesh failure rates have conflicting findings due to study designs being inconsistent. After all, there are various factors that can also contribute to rates of a recurrent hernia. These include:

These contributing factors make it difficult to arrive at a definite mesh failure rate. However, in 2016, The Journal for the American Medical Association (JAMA) published a report that looked into the experiences of patients five years after undergoing hernia surgery.

Among the participants, the device failure rate was 5.6% among individuals who received an open mesh hernia repair. On the other hand, the failure rate for those patients who had hernia repair through a laparoscopic procedure was 3.7%.

Furthermore, to date, we still can’t call recurrent hernia a thing of the past. Although the hernia mesh has been increasingly used since its approval, many patients have also suffered from serious side effects and complications after receiving the device in a repair surgery.

Hernia mesh failure doesn’t only result in hernia recurrence. It can also lead to other life-altering health problems. There’s no single reason behind a failed mesh because it mostly occurs due to a combination of several factors, including device migration, mesh disintegration, infection, breakage, and mesh rejection.

If you or your loved one suffered from mesh failure after having hernia repair surgery, first and foremost, you should seek medical attention. After that, you can explore your legal options and find out if you have a hernia mesh case against the manufacturers of these potentially defective devices.

In most cases, the only way to pay your mounting medical bills as a result of additional procedures due to your injuries is to pursue legal action. However, we fully understand that pursuing litigation while enduring your injuries can put a lot of pressure on you.

And that’s where we come in — we can put that pressure off of you while we assist in finding the right hernia mesh lawyer for you. Contact us today to know more about your legal rights.