Home / General / What Does Alzheimer’s Do to the Brain?

What Does Alzheimer’s Do to the Brain? 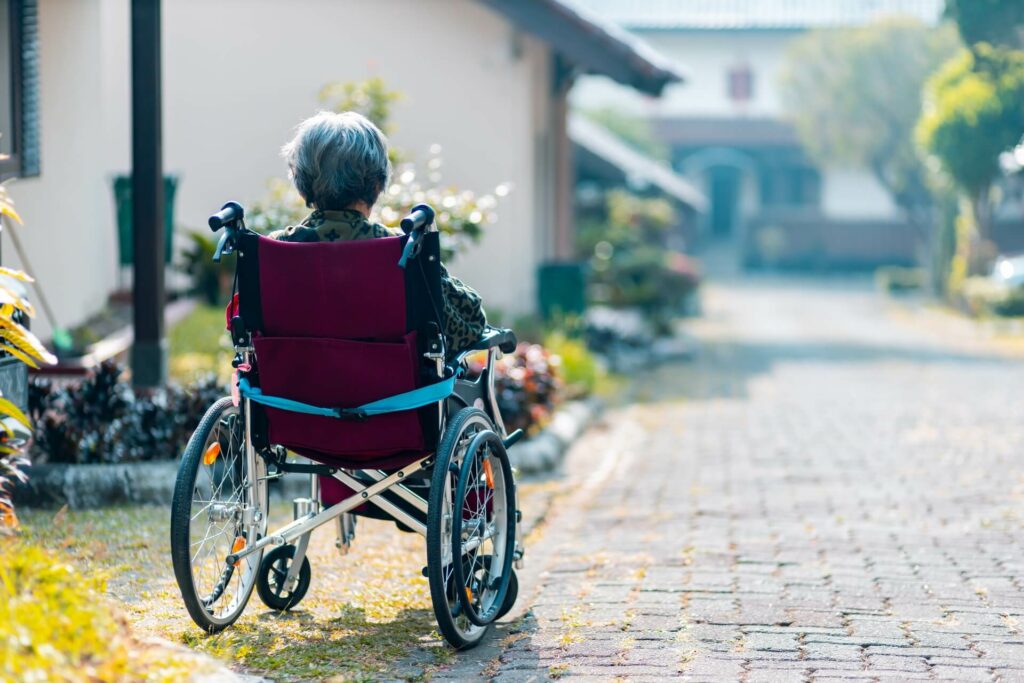 Alzheimer’s disease is one of the leading causes of death for older people in the United States, with recent reports indicating that it may just be behind heart disease and cancer in the list.

Experts estimate that more than 6 million Americans, mostly older adults aged 65 or older, suffer from Alzheimer’s, which is the most common form of dementia.

Some of you may know that Alzheimer’s is an irreversible, progressive disorder that disrupts memory and thinking skills, and eventually impairs and kills brain cells.

But very few actually know what takes place inside the brain of a person as Alzheimer’s progresses.

And if you’re curious about that, too, then you’re in the right place. Continue reading the article to learn more about this disease and the complex brain changes involved in it.

What Happens to the Brain in Alzheimer’s Disease?

A healthy brain contains billions of neurons, which are cells whose functions is to transmit and process information through chemical signals. They send messages between the different areas of the brain, and from the brain to the different parts of the body.

During Alzheimer’s, this communication among neurons is disrupted, ultimately resulting in damage in and loss of function and cell death. Alzheimer’s also disrupts healthy brain function as it interferes with the key biological processes in the organ, including communication,metabolism, and repair.

At first, the damage appears to take place in the entorhinal cortex and hippocampus, which are areas of the brain involved in forming memories. As more neurons stop functioning and die, more brain regions are affected, including the cerebral cortex, which is responsible for many higher-order brain functions such as thought, perception, association, language processing, reasoning, and social behavior.

In its most severe stage, an Alzheimer’s patient gradually loses control of his or her ability to carry out the simplest tasks and has to depend on others for basic activities in their daily lives.

What are the Symptoms of Alzheimer’s Disease?

Early signs of Alzheimer’s may vary from person to person. However, difficulty in remembering things, recent events, conversations, and organizing thoughts may signal early stages of the disease.

As Alzheimer’s progresses, memory problems tend to worsen and other symptoms of brain changes associated with the disease develop over time, and an Alzheimer’s patient may have an increasing problem with the following:

Main Characteristics of a Brain with Alzheimer’s

Advances in brain imaging techniques have allowed researchers to look at and closely observe the brain of a patient with Alzheimer’s. And through these methods, you’ll clearly see an undeniable damage in an Alzheimer’s brain.

And although experts are still uncertain about what really causes Alzheimer’s, it is believed that the majority of damage in the brain is due to the accumulation of two proteins called beta-amyloid and tau.

Here’s how these two proteins may contribute to the spread of Alzheimer’s disease:

A protein called the beta amyloid plaque shows up in abnormal clumps or clusters in an Alzheimer’s brain. This protein is formed from from a larger protein called amyloid precusor protein.

Abnormal levels of beta-amyloid stick together to form plaques, resulting in a toxic effect on neurons and disrupting cell function.

Research is still ongoing to learn more about how various forms of beta-amyloid contribute to Alzheimer’s. Some scientists, however, believe in a theory called “the amyloid hypothesis,” which states that preventing the accumulation of beta-amyloid would slow down or prevent cognitive decline and memory problems linked to Alzheimer’s.

This belief explains why scientists have been focusing much of their attention on this protein when it coes to providing treatment for the disease.

In fact, the U.S. Food and Drug Administration recently approved the first new Alzheimer’s drug in nearly two decades. Despite strong opposition from experts, the agency granted approval to the drug called Aduhelm, which is said to slow down the worsening of Alzheimer’s by targeting the brain-destroying toxic protein, beta-amyloid.

The drug is also said to be the first treatment to attack the underlying cause of the condition, unlike other drugs that address its symptoms.

However, in a brain affected with Alzheimer’s, strands of the tau protein become tangled due to abnormal chemical changes. These tau tangles end up causing harm to the synaptic communication between neurons, as they interfere with the neuron’s transport system.

Even with the technological advances today, scientists still do not fully understand what causes Alzheimer’s disease in many people. However, it is said that age may be the main risk factor, while other research have also identified other potential causes including genetic, lifestyle, and environmental risk factors.

The most common gene linked to late onset Alzheimer’s disease is a risk gene known as APOE E4 allele.

As for the environmental factor, pesticides, which are known as neurotoxins, have been linked to some neurodegenerative disorders, including dementia and an increased risk of developing Alzheimer’s disease.

In fact, in the United States, a certain pesticide sold under the brand name Paraquat has been the target of many lawsuits recently.

According to recently filed complaints in the Paraquat lawsuit, farmers and agricultural workers subsequently developed Parkinson’s disease after being regularly exposed to the chemical in their workplace.

Findings of several studies have also provided evidence of a possible link between environmental toxins and an increased risk of Alzheimer’s disease.

How is Alzheimer’s Disease Treated?

Unfortunately, Alzheimer’s disease is complex, and there’s no cure for it as of date. However, several medications have been approved by the FDA to help ease the symptoms of Alzheimer’s. Other medications like memantine and cholinesterase inhibitor have also been known to help slow down memory loss and confusion.

Other known approaches also involve nondrug therapies including physical activities, cognitive training, a well-planned diet, or a combination of these approaches.

But considering that the field of Alzheimer’s disease is known for its false positives, experts are still hoping for a cure or therapy that will target the actual root cause of the condition so it can be stopped or prevented.

When to See a Doctor

If you have concerns about your memory or thinking skills, you should talk to your doctor for a thorough assessment of whether your symptoms are due to Alzheimer’s disease or other reasons including Parkinson’s disease, tumor, stroke, infections, side effects of other medications, or a non-Alzheimer’s dementia.

Some of these conditions, unlike with Alzheimer’s, can possibly be reversible and treatable. However, if a patient has been diagnosed with the disease, undergoing treatment during the early stages of Alzheimer’s does not only give them some more time to function independently, but it can also help their family plan for the future, avoid possible safety issues, and widen their support system.

Patients are often diagnosed during the mild stage of Alzheimer’s disease. If you are having concerns involving memory problems and thinking skills that you are beginning to notice in a family member or friend, talk to them about these concerns and ask if you can accompany them to the doctor’s office.