This Subtle Symptom Could Be an Early Sign of Parkinson’s 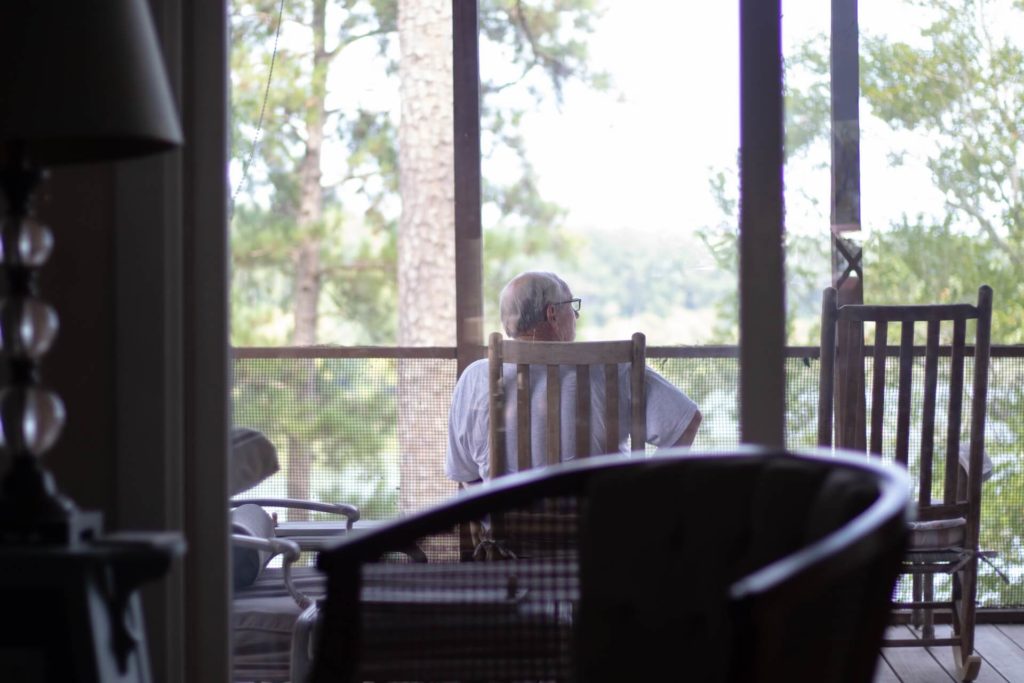 Tremors, muscle stiffness, and slowness of movement are some of the most typical signs of Parkinson’s disease (PD). An estimated 600,000 are diagnosed with the condition every year. PD is a progressive brain disorder that affects movement.

Researchers aren’t exactly sure about what really causes Parkinson’s, but a combination of genetic, lifestyle, and environmental factors are said to be responsible. In fact, in recent years, evidence has been mounting on the environmental influences that play a role in the disease.

Studies have linked paraquat, a toxic weed killer, to an increased risk of developing PD. Farmers and agricultural workers who have filed a paraquat lawsuit say that they developed Parkinson’s after being exposed to paraquat in their workplaces.

Usually, the most common early signs of PD can lead to a diagnosis. However, other symptoms may be more subtle and could go undetected for months or even years. This subtle symptom that could be an early sign of Parkinson’s is something that you may notice when having a conversation with someone.

Continue reading the article to learn more about this PD symptom that you may observe when you talk.

A slight change in your voice could potentially go unnoticed years before you’re diagnosed with Parkinson’s. But if the volume of your voice becomes softer, it could be an early sign of the neurodegenerative disorder.

“Even at that early stage, many patients will, in fact, have mild speech impairment that could be identified on the neurological exam or detected by using instruments,” Zoltan Mari, MD, Director of the Parkinson’s and Movement Disorder Program at the Cleveland Clinic, told Best Life.

According to the Cleveland Clinic, around 90 percent of PD patients experience speech difficulties at some point. And one symptom related to this is changes in the quality of their voice.

Speaking softly could be a first sign of the disease. In medical terms, this is known as hypophonia. This condition is characterized by soft speech that results from a lack of coordination in the vocal muscles.

Hypophonia is common in patients with Parkinson’s disease. The tell-tale symptoms may vary from person to person, but the most common sign is an abnormally weak or quiet voice when speaking.

In particular, speech-language pathologists can help PD patients with:

Changes in the Tone and Pitch of Voice

Other potential vocal symptoms of Parkinson’s are changes in the tone and pitch of your voice. PD patients may notice that their voice can sound nasal when they talk, as if they’re speaking through a clogged-up or runny nose.

People with PD may also slur words or even mumble at the end of their sentences. Most patients talk slowly, while others speak rapidly, even stuttering or stammering at times. Other motor symptoms of PD, including decreased facial expression, slowness, and stooped posture, may also add to these speech difficulties.

According to a 2009 study published in the journal Topics in Geriatric Rehabilitation, 15 to 45 percent of people with Parkinson’s have dysfluency, which is difficulty speaking clearly or fluently.

Speech impairments due to the condition can also affect patients’ language skills. Difficulties in spoken language may mean that patients have decreased ability to understand speech. This may include the struggle to find the right words and difficulty constructing grammatically accurate sentences.

Needless to say, these problems affect your ability to communicate in the workplace and with family and friends. And ultimately, it will affect the quality of your life.

Other Vocal Symptoms of Parkinson’s

PD symptoms can also affect your mouth in other ways other than how you speak. For instance, people with the condition may notice changes in or difficulty swallowing, eating, or drinking.

These symptoms can show up at any time, but as with other vocal symptoms of Parkinson’s they tend to increase as PD worsens.

Because PD affects movements in other parts of your body, it may also affect the muscles in your face, mouth, and throat, which you use in eating or drinking.

The author of the 2009 study notes that between 40 to 95 percent of people with Parkinson’s have dysphagia or problems swallowing certain foods or liquids. One sign of dysphagia is coughing or choking when eating or drinking.

Hyposmia is an under-recognized symptom. It’s not always a common concern that doctors ask about or patients report. However, reduced sense of smell might impact your appetite, ultimately affecting your ability to consume adequate nutrition and hydration.

How do I know if I have a speech or voice problem?

If you suspect that you have speech or voice problems due to Parkinson’s you might want to watch out for these signs:

Although the most common symptoms of PD, including muscle stiffness, tremors, and slowness of movement can lead to a diagnosis, other early symptoms of the condition may be more subtle.

One of these under-recognized symptoms is hypophonia, which is characterized by an abnormally weak or soft voice. Another vocal symptom of PD is changes in the tone and pitch of your voice. Patients’ voices may sound nasal when they talk, making it seem like they have a stuffy nose.

Meanwhile, other oral issues associated with Parkinson’s are problems in or difficulty swallowing, eating, or drinking. Since PD affects movements in different parts of your body, it can also affect the muscles in your face, mouth, and throat, which you use for these purposes.

Seeing a speech-language pathologist or speech therapist can help with these limiting symptoms of Parkinson’s disease. In particular, the Lee Silverman Voice Treatment (LSVT) has shown significant value for PD patients.

LSVT is the first speech treatment for PD that has been proven to improve speech following a month of treatment. You can ask your doctor about a referral to a speech-language pathologist who’s experienced in administering LSVT.

Parkinson’s symptoms often begin gradually and get worse as the disease progresses. This brain disorder affects your ability to control movement. Living with PD can be challenging not only for you, but also for your family.

As it gets worse over time, it causes changes in motor function and several other non-motor symptoms, including depression, sleep problems, and cognitive dysfunction. Although exactly why PD occurs is still unknown, experts believe that a combination of genetic, lifestyle, and environmental factors contribute to the development of the disease.

New studies have been trying to focus on the environmental influences behind PD. In particular, exposure to the toxic weed killer called paraquat has been linked to an increased risk of developing the brain disorder.

If you or a loved one experienced the same, you may have a case against paraquat’s manufacturers. You can contact us today to  know more about your rights. Rest assured that we will assist you in the next steps you should take if you decide to pursue legal action and help find the right paraquat attorney for you.