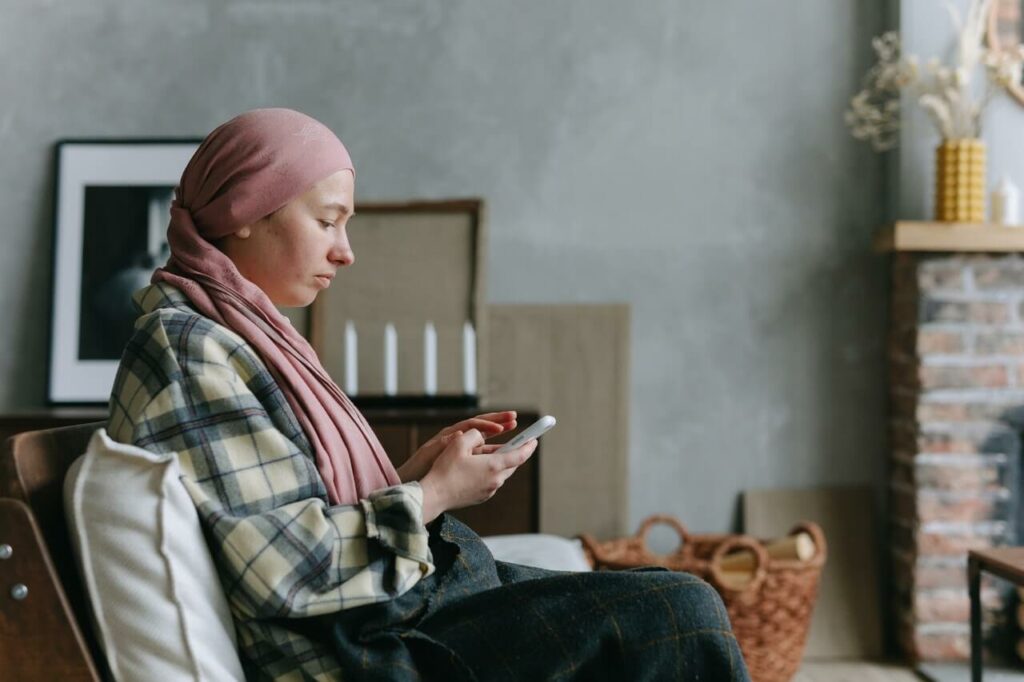 For many people, hair loss can be devastating. It can result in a loss of self-esteem and can ultimately cause anxiety, depression, and other emotional issues.

However, this burden can be even more traumatic for a cancer patient. Like many others, they also feel that their hair is a big part of their identity. Women who suffer from breast cancer even identified hair loss as one of the most dreaded side effects of breast cancer treatment.

In most cases, a patient’s hair grows back after the full course of treatment is completed. But this isn’t the case for everyone. Some may also experience permanent hair loss or thinning hair as a result of treatment.

For instance, Taxotere, an intravenous chemotherapy drug used mainly in the treatment of breast cancer, has been linked to several cases of permanent hair loss, also called alopecia in medical terms.

However, the drug has stirred a lot of controversy in the past years and until now because the side effect of permanent alopecia wasn’t mentioned by the drug manufacturer. This led to thousands of plaintiffs filing a Taxotere lawsuit across the United States.

What is Taxotere used for?

Taxotere, also known by its chemical name, docetaxel, is approved in the treatment of breast cancer and has been used for this purpose for over twenty years.

However, the drug can also be used to treat other forms of cancer, including lung, stomach, prostate, and head and neck cancer. Taxotere is given to a patient through a vein, as there’s no pill form of the drug.

Taxotere is part of the anticancer drugs known as taxanes. Another chemotherapy agent included in this class is Taxol (paclitaxel). Patients may choose Taxotere instead of Taxol, as the former is administered once every three weeks, while the latter is given weekly.

What many patients don’t know, however, is the risk of permanent hair loss as a result of treatment with Taxotere. Only a few patients are aware of this danger which doesn’t exist in other alternatives or similar drugs to docetaxel.

How does Taxotere cause hair loss?

As with any other chemotherapy treatment, Taxotere works by attacking cancer cells in your body. But different medications for cancer target cancer cells in varied ways.

In the case of Taxotere, it works by attacking the cytoskeleton, which is a supporting structure to every cell that helps it maintain its shape and internal organization. Causing damage to the cystoskeleton can hinder cell growth or reproduction.

Taxotere makes this supporting structure in some cancer cells very stiff, so that these cells can stop growing. However, although chemo drugs are intended to target only malignant cancer cells, they also tend to attack other rapidly dividing cells — including hair follicles.

Hair follicles are the structures in the skin from which hair grows. They also include some of the most rapid growing cells in the body. For indidividuals not undergoing cancer treatment, hair follicles divide every 23 to 72 hours.

But as hair follicle cells are also damaged as Taxotere attacks cancer cells, patients may lose some or all of their hair. This can happen gradually or quickly. In most cases, however, this negative effect in hair follicle cells may be temporary and many patients experience hair regrowth several months after the treatment is completed.

But this may not always be the case for individuals treated with Taxotere. In fact, it has been found that up to six percent of patients who use the drug experience permanent hair follicle damage.

Why are lawsuits being filed?

A Taxotere hair loss lawsuit involves a claim called “failure to warn.” A failure to provide adequate warnings is considered a product defect in a strict liability case.

Plaintiffs who have filed a Taxotere lawsuit allege that Sanofi-Aventis, the manufacturer of the chemotherapy drug, failed to warn patients that they could suffer from permanent hair loss as a result of taking Taxotere.

The original prescribing information for the drug claimed:

“Loss of hair occurs in most patients taking Taxotere (including the hair on your head, underarm hair, pubic hair, eyebrows, and eyeleashes). Hair loss will begin after the first few treatments and varies from patient to patient. Once you have completed all your treatments, hair generally grows back.”

However, since 2005, there’s growing evidence of the link of Taxotere to permanent alopecia through the medical literature that explores this association. But it wasn’t until 2015 that Sanofi-Aventis updated the chemo drug’s label to include risks for permanent hair loss or alopecia.

To date, 10,000 breast cancer survivors and their faimilies have filed Taxotere lawsuits across the country. And the number of lawsuits is only expected to increase as more patients become aware of their rights to file for damages.

How common is permanent hair loss with Taxotere?

Sanofi-Aventis claims that persistent alopecia only occurs in around three percent of patients. This estimate differs from the results of other studies, which found a higher risk of permanent baldness in Taxotere users.

A study from the Rocky Mountain Cancer Centers in Colorado revealed that the rate of long-term alopecia was as high as 6.3 percent when Taxotere was administered together with the medications Adriamycin (doxorubicin) and Cyclophosphamide (cytophosphane).

According to the study:

“Such an emotionally devastating long-term toxicity from this combinations must be taken into account when deciding on adjuvant chemotherapy programs in women who likely will be cured of their breast cancer.”

Moreover, a study from The Clatterbridge Cancer Centre in the United Kingdom found that 15.8 percent or 21 out of 134 Taxotere patients involved in the study suffered from persistent scalp hair loss.

The Clatterbirdge Cancer Centre highlighted the importance of giving adequate warnings of this risk to patients.

“Long term hair loss has a significant impact on quality of survival. The risk should be discussed routinely (as part of the process of informed consent) with all patients embarking upon Taxotere as a component of management of early breast cancer.”

The Emotional Impact of Hair Loss

Hair loss can take an emotional toll on many people because it’s so visible. When hair doesn’t grow back after treatment, one may still be seen as ill, making them feel that their recovery has been delayed.

Most importantly, for cancer survivors, they may see hair regrowth as a symbol of overcoming their illness. You may have to deal with this emotional aspect while also trying to get through unwanted changes on your body due to treatment.

It’s important to note, however, that you’re not alone. If you’re worried about treatment-related hair loss, don’t be embarrased to talk about your feelings. We’re all battling something in our lives and talking to a family member, a friend, or a mental health professional may prove to be beneficial.

The U.S. Food and Drug Administration (FDA) has issued two warnings to Sanofi-Aventis over the illegal marketing of Taxotere. In 2002, the FDA warned the manufacturer over its promotion of the cancer drug for non-small cell lung cancer.

Years later, in 2009, the regulating agency again warned the company over its promotions of Taxotere use for breast cancer and lung cancer. The FDA stated that the commercials “misleadingly overstate the survival benefits of Taxotere and imply that survival depends on treatment with Taxotere, while also minimizing the serious and potentially life-threatening risks associated with the drug.”

Moreover, a 2015 lawsuit filed by one of Sanofi’s former employees alleged that the company used kickbacks for health care professionals to prescribe Taxotere.

Critics say these illegal marketing tactics led to an inflated use of the drug that was not evidence-based. Unsuspecting patients treated with this drug initially thought that it will help them get through their battle against cancer.

However, some patients weren’t ready for the possibility of permanent hair loss with Taxotere. This side effect can have a damaging impact on a woman’s self esteem and quality of life.

Most importantly, a cancer victim who already went through so much to survive and thrive with their illness shouldn’t be burdened with the risk of their hair not growing back anymore.

If you or a loved one underwent chemotherapy treatment with Taxotere and you suffered from permanent hair loss as a result of your treatment, you may have a case against its manufacturer. Contact us today to know more about how you can assert your rights.