Home / News / Surgical Stapler Complications: All You Need to Know

Surgical Stapler Complications: All You Need to Know 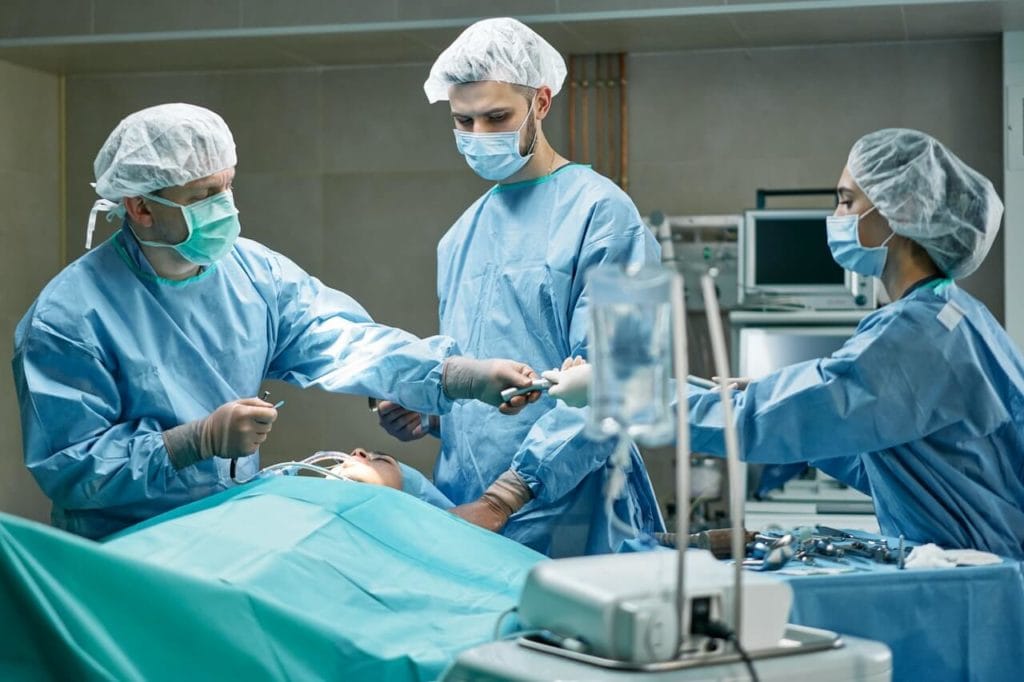 Today, health care providers rely more on surgical staplers and staples in place of stitches and sutures due to the ease of use and increased speed promised by these medical devices.

However, at times, the stapler can misfire during a surgery, causing serious injuries and complications to a patient.

Surgical stapler complications can include internal bleeding, sepsis, organ and tissue damage, increased risk of cancer recurrence, and even death.

Thousands of patients have already reported serious injuries from misfired staples, enough for numerous lawsuits to be filed on behalf of victims of defective surgical staplers.

What are Surgical Staplers?

They have been around for more than 50 years.

Heavily marketed as time savers, surgical staplers have been known to provide a fast and convenient mechanism for medical professionals to close wounds and incisions and are often used in minimally invasive surgery.

However, according to the Manufacturer and User Facility Device Experience (MAUDE) Database of the U.S. Food and Drug Administration, a public database where manufacturers are required to report about any injuries or malfunctions related to their medical device, between 2011-2018, around 109,997 reports of surgical stapler malfunctions have been made, including 9,000 serious injuries and 366 deaths.

These large range of numbers, however, only represent what the FDA has admitted in public.

An investigative report by Kaiser Health News recently revealed the existence of a hidden database where reports made about surgical stapler injury and error complaints received by surgical stapler manufacturers are being kept in the dark,

These nonpublic reports were found to have been sent to the FDA as “alternative summary” reports.

Kaiser Health News also reported that a whopping 56,000 reports of surgical stapler malfunctions included in the hidden database were never disclosed to the public.

These numbers were hidden from public view in the FDA’s Alternative Summary Reporting until 2019.

Surgical staples are used in surgery to close skin wounds or incisions.

Due to a number of reasons, medical professionals consider staples as a better option than stitches or sutures.

For instance, they allow surgeons to quickly close your wound with minimal damage, patients spend less time under anesthesia with medical staples, and they are easier to remove than stitches.

However, unlike stitches, surgical staples do not dissolve as your wound or incision heals.

Because of this, they may require special care after surgery and must be removed by your doctor once your wound has healed.

Surgical staples can be made of titanium, plastic, or stainless steel. They are placed with the help of a special stapler, also known as surgical stapler.

They do not look like the one on your desk, though.

Surgical staplers look more like commercial-grade staplers made of stainless steel or disposable plastic devices with a handle and lever that a medical professional pushes down to place the staple.

And even though they are mostly preferred by doctors, medical staples also carry some risks, such as the wound healing poorly or not closing all the way due to improper placement of the staples, infection from not taking proper care of the wound, and an allergic reaction to staple materials.

What Happens if You Leave Surgical Staples in Too Long?

Even though the amount of time your staples must stay in place primarily depends on where they are placed, you should still get your staples removed at the right time.

Some of the indicators that your staples are ready to be removed are clear evidence that your wound has healed well enough and won’t reopen, there are no signs of infection, and no pus, blood, or fluid draining from the area.

Only a licensed medical professional can remove your staples using specific tools while following the right procedure to safely remove them without causing complications.

Surgical stapler malfunction, misuse, and misfiring have all resulted in thousands of medical complications.

These malfunctions can extend surgical procedures, putting the patient at risk of additional complications due to being under anesthesia longer than planned.

Here are some of the surgical stapler complications reported by patients to the U.S Food and Drug Administration:

Surgical staplers have a unique ability to harm patients once they malfunction. Often used in minimally invasive surgeries, they are meant to both cut tissue and vessels and then quickly seal them.

Patients have been gravely injured when staplers have failed to fire or seal tissue, suffering from massive bleeding or infections if stomachs or intestines aren’t sealed properly.

Surgical staplers and staples need proper formation and placement in order to effectively work just like how they should.

In fact, according to the FDA, achieving a proper staple line mainly depends on the proper function and use of the surgical stapler.

If the staple line is not complete or is not firm, bleeding at the incision site or reopening of the wound can happen.

The most common malfunctions from surgical staplers reported to the FDA include:

Another common malfunction of the medical device is when the cut is made but the staple misfires and therefore fails to close the tissue.

The tissue is then left open, creating a wound in the gastrointestinal tract. When the staples fail to fire, it can potentially be life threatening due to the massive amount of blood that is lost quickly from the wound which remains to be open.

Moreover, if this type of misfire occurs during a laparoscopic procedure, the surgeon may be forced to switch to an open surgery instead to repair the damage and attempt to save the patient’s life. These situations are almost always life threatening because the patient may bleed out and eventually die.

A number of surgical stapler recalls have been made over the years, proving just how risky the use of these medical devices can be.

Adverse event reports ranged from defects that resulted in patient injuries to defective designs of the devices caught by the companies during manufacturing.

Some of these recalled devices have also been named in the surgical stapler lawsuit.

In 2018, for instance, Medtronic recalled the Covidien Endo GIA Articulating Reloads, in which the company reported at least five injuries.

The device was found to possibly fire an incomplete staple line if misassembled, which could lead to bleeding or leakage of contents of the intestine to the body cavity.

On the other hand, a 2019 recall of certain lots of Medtronic Tri-Staple reloads and cartridges cautioned that the devices could cause complications such as bleeding, infection, sepsis, peritonitis, and a collapsed lung, among others.

A series of recalls has also been made on some Ethicon surgical staplers, with the most recent one being initiated by the U.S. Food and Drug Administration.

The regulating agency announced a recall of Ethicon Intraluminal Staplers due to reports of surgical stapler problems they have received. The recalled devices were mostly used for gastrointestinal surgeries.

A month after, the FDA categorized the recall as Class I, which means that the particular lots of Ethicon surgical stapler can cause serious side effects, injuries, and even death to patients.

If you or your loved one was affected by the Ethicon surgical stapler recall, then you can contact us to know more of the requisites to file a Surgical Stapler Lawsuit.

Surgical Stapler Lawsuit: Were You Harmed?

Various reports of surgical stapler problems support this claim that the device is indeed faulty. The manufacturers, however, like to point the blame at health care providers most of the time, and would turn a blind eye to the defects of the surgical staplers.

The surgical stapler lawsuit that you may be filing today can help hold Ethicon and/or Covidien accountable for manufacturing a potentially defective medical device.

Filing a lawsuit is the only way to seek justice against giant companies who harm the general public. Looking at the bigger picture, victims of surgical staplers should fight for their rights in order to save other Americans from suffering the same fate as them.

The more plaintiffs who will stand up, the bigger the chances of holding these companies accountable.

If you or your loved one suffered from side effects, needed additional surgeries, and sustained injuries related to defective surgical stapler used in hospitals, then you can contact us for a free case evaluation. Our lawyers can help you file a Surgical Stapler Lawsuit today.