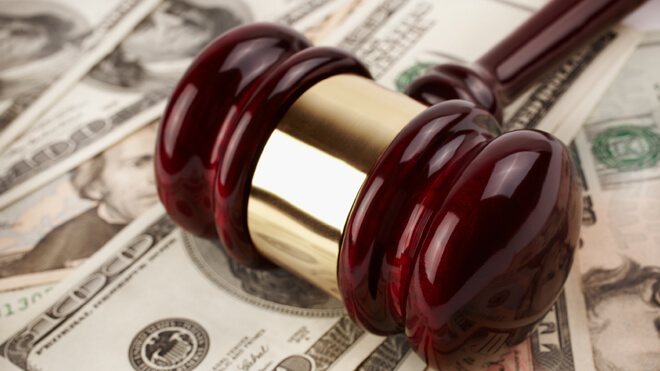 SoClean Inc. recently filed a lawsuit against Dutch medical device manufacturer Philips claiming that the company is deceiving the public by wrongly blaming the SoClean ozone cleaning machines for faulty design that led to the recall of millions of Philips CPAP, BiPAP, and ventilator devices.

The lawsuit was filed on October 12, 2021, in the U.S. District Court for the District of Massachusetts. Aside from the recently filed complaint, Philips still continues to be hit with CPAP lawsuits by consumers who used the now-recalled CPAP machines.

About the Philips CPAP Recall

In June 2021, Philips recalled millions of CPAP, BiPAP, and ventilator machines. The company stated that the polyester-based polyurethane foam used for sound abatement in the devices could degrade.

The resulting particles and gasses that the foam could potentially emit can make their way into the device’s air pathway, leading the user to inhale or ingest the toxic particles.

The foam could also “off-gas chemicals” that could cause serious side effects, including toxic and carcinogenic effects. Chemical exposure due to off-gassing can lead to several health risks, including:

The company first warned healthcare professionals about these issues during its earnings report in April. However, the devices weren’t taken off the market until a few months after.

According to the lawsuit filed by SoClean Inc., Philips is “pointing the finger at SoClean’s ozone cleaners to divert attention away from Philips’ poor choice of materials and obvious design flaws” in the continuous positive airway (CPAP) machines it recalled due to problems with the foam used to dampen the devices’ noise.

The lawsuit further alleges that false and misleading statements made by Philips and its CEO Frans van Houten regarding ozone cleaners had a negative impact on SoClean’s business.

SoClean’s lawsuit seeks damages from Philips in excess of $200 million.

In its recall notice, the CPAP maker cited “unapproved cleaning methods such as ozone,” suggesting they were potential contributors to the issues that led to the recall of the devices.

The plaintiff goes on to say that the “true reason for Philips’ product recall was its own glaring design flaw. Philips chose material for sound abatement—polyester-based polyurethane foam—known to degrade in the presence of heat and humidity….Also, by Philips’ own admission, polyester-based foam off-gasses harmful chemicals right out of the box.”

Many of the recalled machines operate under hot and humid conditions and often with the help of a heated humidifier. If anything, the lawsuit asserts, the use of ozone cleaners could help stop the production of harmful chemicals by destroying them through chemical reactions.

Is the CPAP industry hiding something?

According to SoClean’s complaint, one “dirty secret” of the CPAP industry is that CPAP and BiPAP devices are often returned within a few weeks only to be fixed and shipped out to other unsuspecting customers.

The lawsuit added that this could happen about 5-10 times with “new” CPAP equipment. Because there are no cleaning regulations for the potentially refurbished equipment, no one knows for sure what these devices have gone through before they find a permanent home.

The procedure used to sanitize them in between users is also unknown.

“We are disappointed that Philips has decided to point the finger at SoClean for its product recall and has chosen to make false and misleading statements about our products,” said Robert Wilkins, CEO of SoClean. “By this lawsuit, SoClean intends to defend itself against Philips’ dishonest attacks, restore its hard-earned reputation, and correct the record for a consuming public that has been intentionally misled by Philips.”

The complaint added that the allegedly false statements were amplified through warning notices from the U.S. Department of Veteran Affairs, the American Academy of Sleep Medicine, several sleep organizations and doctors across the country.

To date, individuals who used the affected Philips breathing devices years before the recall continue to file lawsuits against the company. A Pennsylvania woman recently sought to represent all who purchased the machines by filing her lawsuit in the U.S. District Court for the Western District of Pennsylvania.

The plaintiff claims that Philips knew about the potential health risks associated with its sound abatement foam long before the recall. As it turns out, patients who have the machines have been complaining about black particles in the devices for years.

However, it was only recently that the company recalled the device for those issues. As with the majority of CPAP users across the country, the plaintiff also says that she used her CPAP machine everyday. But with the recent recall, she’s now left hanging as Philips has not yet provided an alternative or a replacement as of this writing.

If you or a loved one suffered from serious side effects, including lung injuries, respiratory problems, and even cancer after using the recalled Philips CPAP devices, you may have a case against the company.

Contact us today if you wish to know more about how you can pursue legal action. We’re here to assist you in finding the right CPAP lawyer for you.