Home / General / Sleep Apnea and Alzheimer’s Disease: Is There a Link?

Sleep Apnea and Alzheimer’s Disease: Is There a Link? 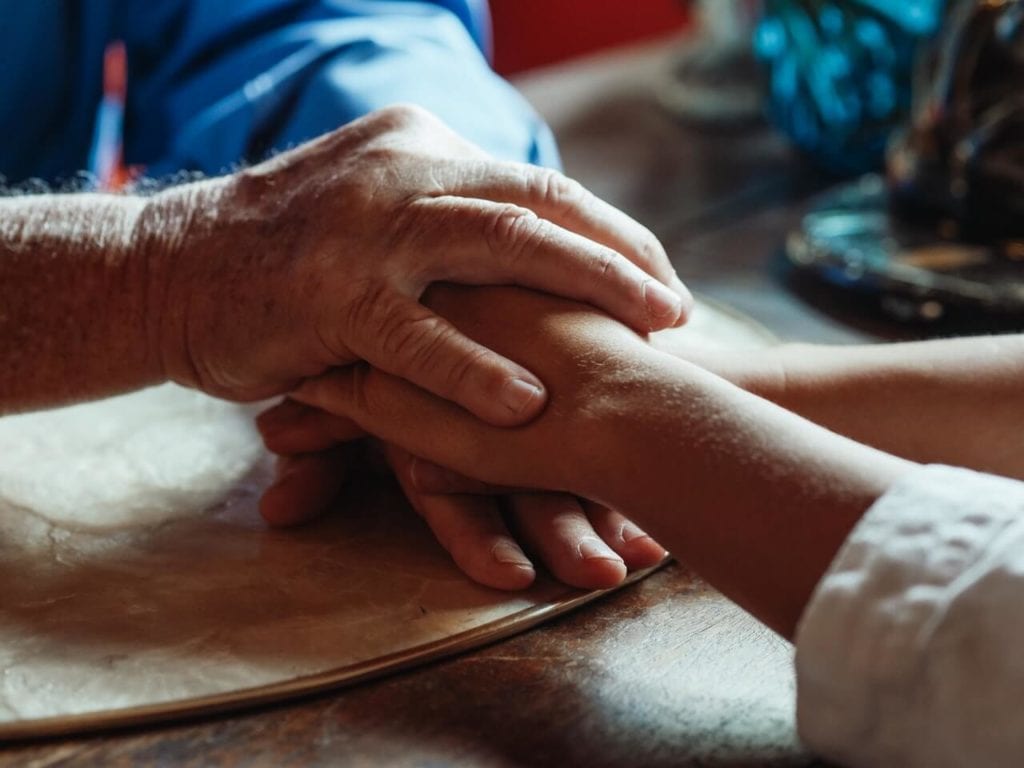 Obstructive sleep apnea (OSA) and Alzheimer’s Disease (AD) are medical conditions that are both common in the elderly population. And while the causes of OSA are now better understood, the underlying causes of AD are still largely unknown.

Researchers found that environmental factors like exposure to harmful chemicals and toxins can potentially increase one’s risk of developing Alzheimer’s. In fact, a certain pesticide has also been named in some studies that aim to establish a link between AD and environmental exposure. Paraquat, a herbicide that’s widely used in the United States, is a toxic pesticide that is suspected to contribute to an increased risk of developing neurodegenerative diseases like Alzheimer’s.

In the paraquat lawsuits, however, plaintiffs allege that they developed Parkinson’s disease after chronic exposure to paraquat.

Meanwhile, the Food and Drug Administration (FDA) recently approved a new Alzheimer’s treatment called aducanumab. But today, it’s still considered a challenge to develop effective treatments for AD. This is mainly because its underlying causes are still poorly understood.

But recent research may shed a light on the mystery that is Alzheimer’s disease. New evidence associating OSA and AD has recently been proposed. Read on to find out more.

Similarities Between OSA and AD

Sleep apnea and Alzheimer’s disease are both known to have a global impact on people’s health.

Sleep apnea is a sleep disorder in which normal breathing is interrupted throughout the night. There are three types of sleep apnea:

Among the forms of the condition, OSA is the most common. It accounts for around 85% of sleep apnea cases, with central sleep apnea being less common. OSA occurs when the throat muscles temporarily relax. This causes your airway to partially or completely close. As a result, breathing is momentarily cut off.

In the same way, Alzheimer’s disease is also the most common form of dementia worldwide. AD accounts for more than 70% of all dementia cases. Vascular dementia and other neurodegenerative forms of dementia account for the rest of the remaining cases.

Sleep apnea and AD are also both common among the elderly population. An estimated 30 to 80% of elderly individuals in the U.S. may suffer from OSA. However, as much as 80 to 90% of cases may go undiagnosed. This is due to the fact that many OSA patients with symptoms are not aware of their heavy snoring and other OSA symptoms that happen during their sleep.

Meanwhile, in the U.S., more than 4.7 million people aged over 65 years are now affected by AD. Its prevalence is also expected to increase to up to 13.8 million people in 2050 if new and more effective treatments are not implemented.

Evidence of a Link Between The Two Conditions

There has been growing evidence from animal and human studies on Alzheimer’s that suggests a link between OSA and AD. For instance, a 2016 meta-analysis found that AD patients have a five times higher chance of presenting with OSA compared to age-matched individuals who are not cognitively impaired.

Furthermore, the study also indicated that about 50% of AD patients have experienced OSA at some point following their initial diagnosis. On the other hand, studies also found that OSA may worsen existing AD.

Early research showed a strong association between OSA severity and the severity of AD symptoms. This suggests that OSA may worsen symptoms of existing AD for patients with full-blown dementia.

Several studies also suggest that the interaction between the two conditions could begin even before AD symptoms become more obvious. For example, in a 2011 study, 105 elderly women with OSA had an elevated risk of developing mild cognitive impairment (MCI) or dementia than the other group of 193 women without OSA.

Another analysis also revealed that OSA patients had twice an increased risk of cognitive decline and/or AD compared to non-OSA patients.

A recent Mayo Clinic study that people whose breathing repeatedly stops during sleep may have greater amounts of the toxic protein tau. The tau protein is found in brain cells or neurons. It is also a biological hallmark of Alzheimer’s disease.

The researchers found that tau has been found in the brain of people who have OSA, paritcularly at the part of the brain that manages memory, navigation, and perception of time.

Study authors identified 288 people aged over 65 years who didn’t have dementia. Their bed partners were asked if they noticed any disruptions in their partners’ breathing when they were asleep. 43 participants, or around 15% of the study group, had bed partners who witnessed sleep apnea.

Individuals with witnessed apneas showed higher levels of tau by 4.5% in the part of the brain that’s susceptible to accumulating the toxic protein compared to those who weren’t observed to have breathing disruptions during sleep.

The tau protein creates tangles in the brains of people with Alzheimer’s disease, which ultimately contributes to cognitive decline.

Some limitations of the study included a lack fo sleep studies to confirm the severity of sleep apnea as well as a lack of information about some patients’ sleep apnea treatment.

How does OSA increase the risk of Alzheimer’s disease?

Interruptions in breathing that happen in obstructive sleep apnea can reduce oxygen levels in the blood. This can potentially lead to damage in brain cells. Moreover, OSA is also associated with several health problems, including:

All of which can increase a person’s risk of developing Alzheimer’s disease. More importantly, a good night’s sleep is necessary for our brain to execute some processes, including the incorporation of memories. And the interruption of sleep that occurs with OSA may impede these processes.

These subsequent effects of OSA in our cognitive processes may worsen the symptoms of AD. Several studies have also supported this hypothesis. For instance, two large studies have shown a link between poor sleep quality and worse cognitive outcomes in older adults.

In another study, poor sleep quality reported by cognitively healthy elderly individuals who are at an increased risk for AD, may have altered levels of biological markers of Alzheimer’s.

Does CPAP therapy help with Alzheimer’s?

Sleep apnea is a condition diagnosed by a sleep specialist through a series of tests. Some of the early warning signs of OSA include:

Following a sleep apnea diagnosis, the first line of treatment is a continuous positive airway pressure (CPAP) device. A CPAP machine pumps a steady stream of air into the nose and mouth through a mask or nosepiece. This helps keep a patient’s airways open so that the interruption of breathing doesn’t occur throughout the night.

The suspected link between OSA and AD was also explored by clinical trials aiming to find out the effect of CPAP treatment on cognition in adults with OSA. Several studies indicate that CPAP therapy improves a few aspects of cognition, including vigilance and attention in healthy patients.

Other studies also suggest that getting into CPAP treatment, when combined with better compliance in CPAP use, can potentially improve some aspects of cognition, although there’s mixed data on the topic.

Sleep apnea and Alzheimer’s disease are medical conditions that have a significant impact on global health. Experts have already shed some light on some of the causes of sleep apnea but this isn’t the case for Alzheimer’s.

Although scientists generally agree that amyloid build-up and tau tangles in the brain are the hallmarks of AD, the brain disorder is still pretty much poorly understood today.

There’s a growing body of research that suggests an association between sleep apnea and AD. Most studies agree that interruptions in sleep that occur with sleep apnea may be associated with decreased cognitive function. Recent research also support the proposition that treatment of OSA may lessen the risk of AD. Not only that, but for AD patients, it can also potentially slow down cognitive impairment.

To date, AD doesn’t have an effective treatment yet. But patients with sleep apnea can find relief from their symptoms through OSA treatment, especially if it comes with proper compliance in CPAP use.

A good night’s sleep is important for brain health. If sleep apnea is left untreated, a patient may be at an increased risk fo developing a plethora of health problems associated with the sleep disorder, including heart problems, diabetes, and high blood pressure, to name a few.

The older population is more vulnerable to Alzheimer’s disease. Experts believe that a combination of factors contribute to developing the progressive brain disorder. Aside from genetic and lifestyle factors, it is also thought that environmental factors play a role in the development of AD.

Newer studies focus on examining chemical exposure as a factor that increases one’s risk of developing Alzheimer’s. Specifically, research points to paraquat, a toxic herbicide that’s widely used in the United States, as being one of the potential reasons behind AD.

Research has also linked the chemical compound to an increased risk of developing Parkinson’s disease. A 2017 study found that paraquat can trigger oxidative stress and damage cells. Interestingly, oxidative stress is also considered to have a major role in the development of Alzheimer’s.

The first paraquat lawsuit was filed in 2017 after several farmers and agricultural workers subsequently developed Parkinson’s after being exposed to paraquat in their workplace.

If you or a loved one experienced the same fate, you may have a case against the manufacturer of paraquat. You can contact us today if you wish to know more about your rights. Rest assured that we will be assisting you in getting the compensation you justly deserve.