Home / Roundup Lawsuit / How Long Does Roundup Stay Active in the Soil? 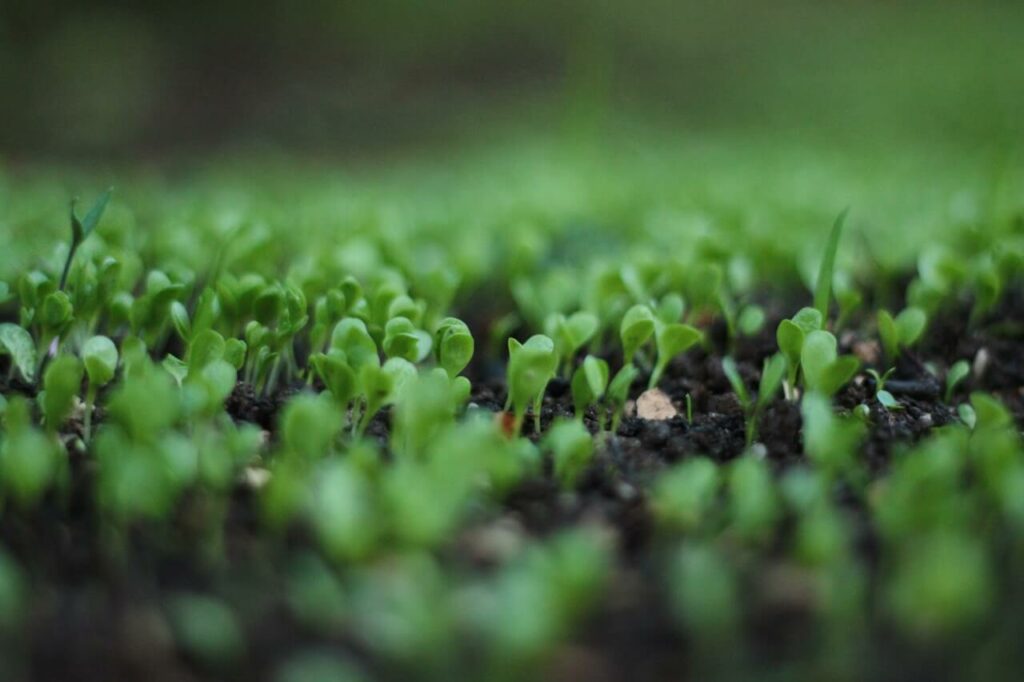 Roundup stays active in the soil anywhere between one and 174 days. This means that the chemicals found in Roundup can linger in soil for a couple of months or even more than a year. However, the duration of its degradation can still depend on several factors, including soil composition and environmental conditions such as sunlight, temperature, and water stresses.

That said, the time it takes for Roundup to break down in the soil remains a highly debated topic in the scientific community. Other than its half-life, however, the weed killer has also been surrounded by controversy for more serious reasons.

The active ingredient in Roundup is glyphosate. When glyphosate was first discovered in 1970, it was considered a miracle herbicide, because it can apparently kill weeds minus the adverse effects on humans, animals, and the environment. However, recent studies over the last decades have shown that repeated exposure to glyphosate over an extended period of time could increase a person’s risk of developing certain types of cancer, including non-Hodgkin’s lymphoma and hairy cell leukemia.

Because of the long-lasting health effects that a widely used herbicide can cause, tens of thousands of people have already made the decision to file a Roundup lawsuit across the United States. Plaintiffs allege that Monsanto, the manufacturer of Roundup, buried the information about the risk of cancer with glyphosate to continue racking up sales from the product.

When herbicides persist longer in the soil, this raises the risks to humans through exposure to their potentially toxic chemicals. Read on to learn more about the residual effects of Roundup in the soil and the dangers it poses to humans, animals, and the environment.

Roundup is the brand name of the most widely used herbicide in the United States that contains the active ingredient glyphosate. It is applied on gardens, lawns, parks, fields, and even aquatic environments. The chemical is also commonly used in agriculture and forestry industry.

The Roundup weed killer is a non selective herbicide, which means that it will eliminate all plants it comes into contact with. It does so by interfering with a certain metabolic pathway that is crucial for plants.

Roundup herbicide was first sold commercially in 1974 by American agricultural chemical company Monsanto. In 2018, the German chemical and pharmaceutical giant Bayer acquired Monsanto together with the world’s most popular weedkiller, Roundup.

What it did not expect, though, was the slew of lawsuits claiming that the popular herbicide causes cancer. Still, despite the thousands of cases it inherited since the acquisition, Bayer has maintained the safety of Roundup. However, this is not what several recent studies have found about the product.

Evidence exists that chronic exposure to glyphosate increases the risk of developing a type of cancer called non-Hodgkin’s lymphoma. In fact, in 2015, the World Health Organization’s International Agency for Research on Cancer (IARC) classified glyphosate as “probably carcinogenic to humans.”

This public declaration sparked controversy on the link between Roundup and cancer.

Is Roundup killing our soil?

Recent research on glyphosate’s effects on soil ecosystems shows that the chemical could destroy beneficial soil microorganisms and affect earthworms. Reports from experts also explained how glyphosate encourages spores that produce the root fungi that could cause sudden death syndrome (SDS), affecting both corn and soybeans.

Evidence also exists that glyphosate immobilizes manganese and other plant micronutrients in the soil, leaving plants which are in need of these essential nutrients with nothing.

Moreover, the toxicity of the chemical herbicide also extends to a bacterium called rhizobia, which fixes nitrogen in the soil. Roundup ready crops have also been found to be more susceptible to Fusarium, a fungal species that produce toxic chemicals called mycotoxins, which could cause disease and death in humans and other animals.

Glyphosate herbicide makers claim that it is quickly inactivated in the soil. However, its residues have been found to persist in soils and sediments for up to three years. Roundup producers have also long denied that the chemical could pollute ground or surface waters.

However, a recent review provided evidence that glyphosate can make its way to groundwater supplies. And in some cases, levels of glyphosate present have exceeded legal groundwater quality standards. Water contamination has probably stemmed from pesticide drift or soil run off and erosion due to farming and domestic use.

Roundup Has Been Linked to Cancer

When the World Health Organization (WHO) declared that glyphosate is “probably carcinogenic to humans,” they based their conclusion on animal studies and observational studies.

The classification meant that the chemical could possibly cause cancer. Human evidence that links glyphosate to a type of cancer called non-Hodgkin’s lymphoma mainly involves farmers and other farmworkers who work closely with the non selective herbicide.

Non-Hodgkin’s lymphoma is a cancer of the lymphatic system, which is a network of glands and vessels that spreads throughout the body. This uncommon cancer is the seventh most common cause of cancer-related deaths in the United States.

There are also differing views on the connection between glyphosate and cancer. For instance, the European Union Food Safety Authority (EFSA) concluded that glyphosate could not possibly cause DNA damage or cancer.

However, the EFSA based their conclusion on studies of glyphosate alone. On the other hand, the WHO looked at research on both isolated glyphosate and products that contained glyphosate as part of a chemical cocktail, such as Roundup.

It is worth noting that glyphosate is rarely used on its own. It is frequently a part of a formulation where it is mixed together with several other chemicals. According to experts, these combinations are far more dangerous and toxic than just glyphosate on its own.

The chemical has also been shown to disrupt the pathway of beneficial gut bacteria, which maintain general health and well-being. What’s more is that harmful bacteria appeared to be highly resistant to glyphosate.

Were you exposed to Roundup?

If you had chronic exposure to a Roundup product and you subsequently developed cancer, you may have a case against its manufacturers.

Juries are currently holding Bayer for failing to inform the public about the lethal risks of the Roundup herbicide and downplaying them. As a result, not only farmers and agricultural workers have been exposed to the dangers of the weedkiller but also gardeners, landscapers, and even simple homeowners.

Anyone who was diagnosed with non-Hodgkin’s lymphoma after using Roundup for their occupation or on their lawn grass, garden, or other properties should consider consulting a Roundup attorney as early as possible.

Tens of thousands of individuals have already filed Roundup lawsuits against Bayer to get the justice they deserve. In fact, as we speak, more and more people are joining the legal battle each day. If you believe you have a case against the giant multinational Bayer, do not hesitate to contact us today.

We can put you in touch with the best Roundup attorneys who can increase your chances of claiming the compensation you justly deserve. 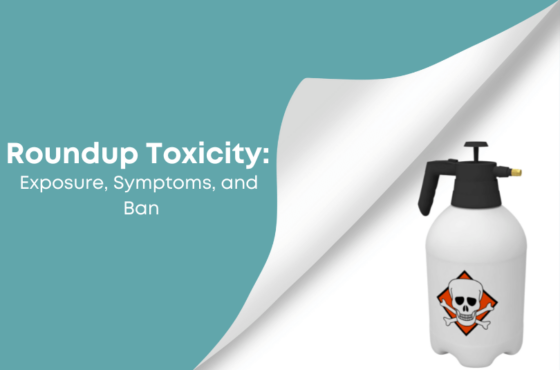 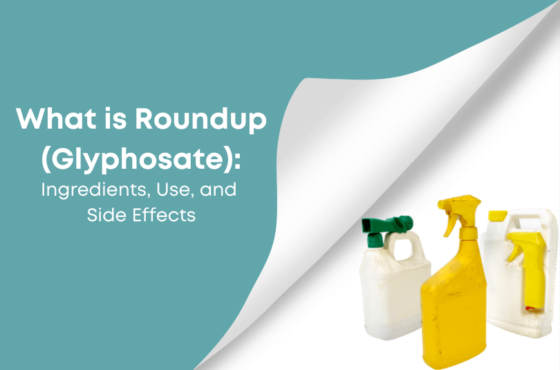 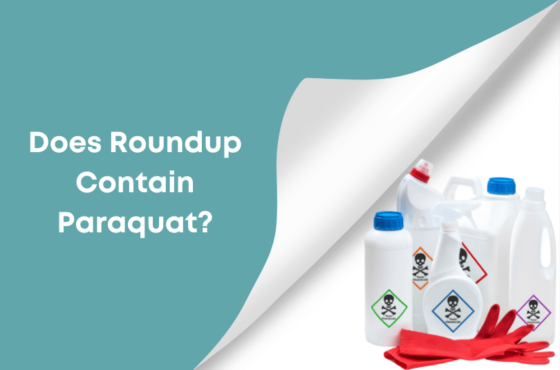