Home / General / Psychedelics and the Future of Addiction Therapy

Psychedelics and the Future of Addiction Therapy

Despite being controversial for so many years now, multiple studies have provided evidence that psychedelics can be an agent for addiction therapy. These studies have looked into how psychedelics work in the field of addiction and concluded that there are possibilities that treatments for multiple drug addictions can be backed by psychedelics. 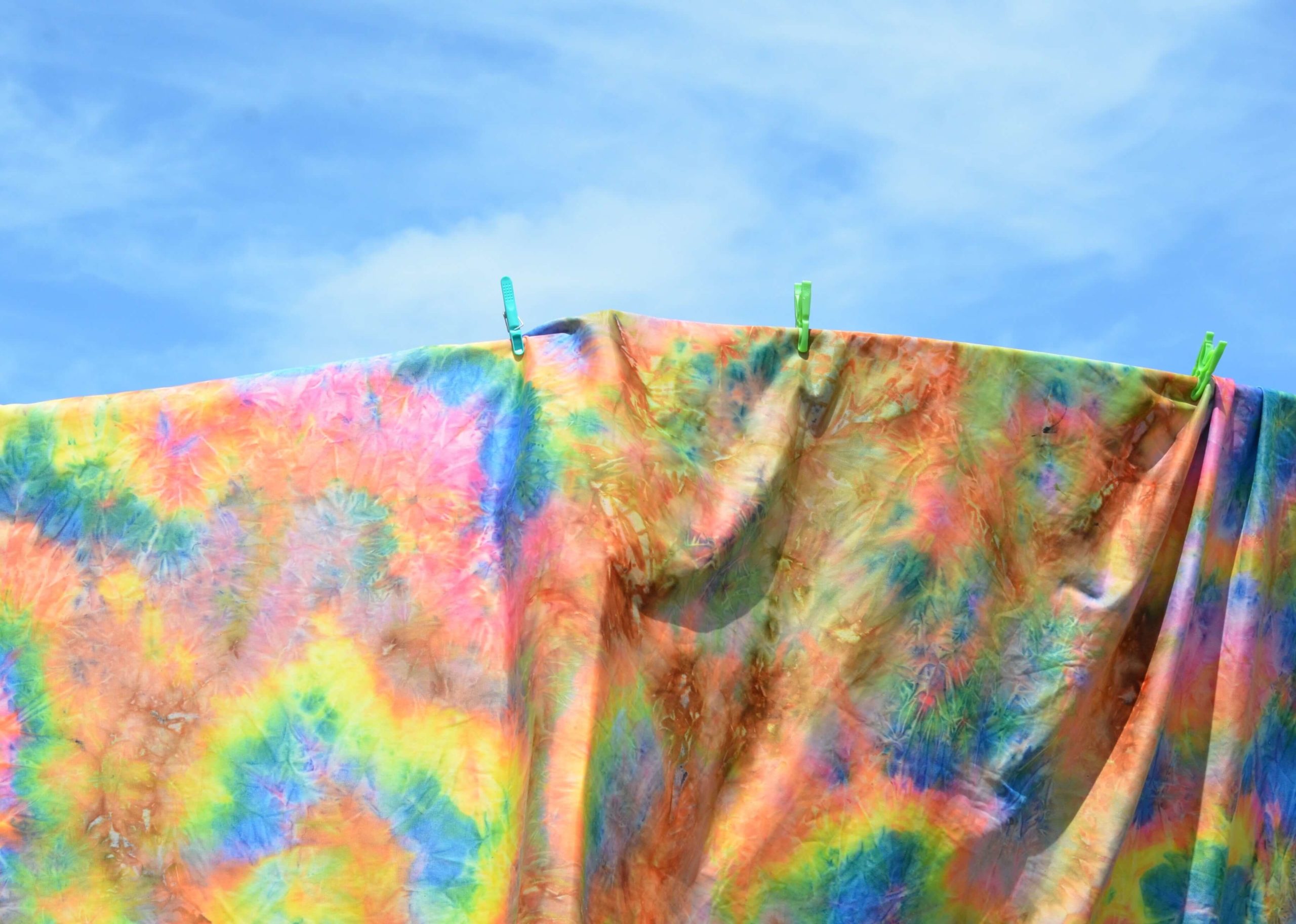 Addiction is a complex disease, but decades of studies have helped researchers and scientists understand the disorder in many ways, especially today, that it changed the manner of how we talk about addiction: not someone’s fault or choice, but a disease that affects the brain. 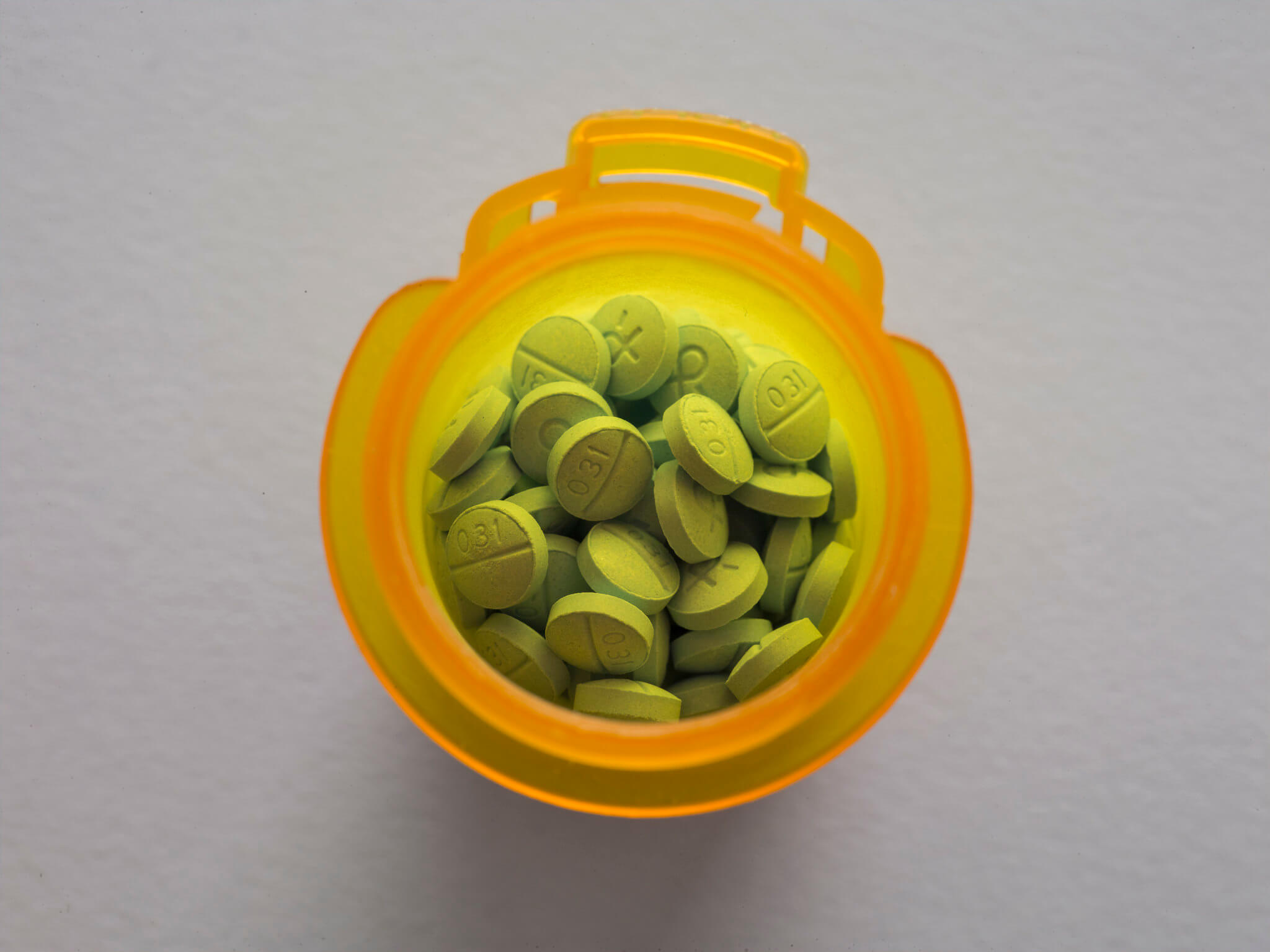 While both kinds of addiction can be dangerous, the U.S. is more familiar with the repercussions of chemical addiction. In the late 1990s, the country saw the rise of the opioid epidemic, wherein increased prescriptions of opioid medications led to a widespread misuse before it was finally determined that all prescription opioids have a huge potential for substance abuse.

It was 2017 when the US Department of Health and Human Services declared a public health emergency over the devastating consequences of the opioid epidemic. And until today, the curse has not left the nation, but even made worse with the ongoing pandemic. The damages continuously suffered by people from opioids are what fuel the ongoing Opioid Epidemic Lawsuits, where hundreds of Americans who want to join the legal battle and seek relief from all the negative effects the drugs have brought to their lives.

Early Studies on Psychedelics for Addiction

Way back in the 50s, 60s, and 70s, psychedelic drugs were abundantly researched, until lysergic acid diethylamide (LSD) was made illegal and numerous studies about it were put to a halt. But in 2012, researchers from Norway published an analysis of six trials done in the late 60s and early 70s involving 536 patients, which found that LSD helped people combat addiction. The study concluded that “A single does of LSD, in the context of various alcoholism treatment programs, is associated with a decrease in alcohol misuse.”

Present studies on addiction therapy have mainly focused on using two compounds: ibogaine and psilocybin. Although some researches have also covered Ketamine and MDMA, preliminary studies showed that these compounds may assist in treatments for drug-related disorders. LSD nowadays is less researched, partly because of the stigma and the active duration of its psychedelic effects.

There are practices nowadays, however, that help break the stigma on these therapies. Field Trip Health is a company which does exactly that. They make use of “evidence-based, legal psychedelic therapies” to help “people, not patients” feel better. It takes a personalized approach that is a real alternative to conventional ones. A ‘people-centric approach,’ according to the company’s website, when combined with psychotherapy, “can support a process of healing, recovery, and self-discovery.”

Psilocybin and LSD both have similar, but not completely identical patterns of activities in the brain. “Psilocybin hits the same primary brain receptor as LSD, called serotonin 2A,” says Matthew Johnson, associate professor of psychiatry and behavioural sciences at Johns Hopkins University, and President-Elect of the International Society for Research on Psychedelics.

Compared to LSD, however, psilocybin is widely used by researchers because its 6-hour duration of action means it is more manageable in a clinical setting than LSD’s 10-12 hours of psychedelic effect duration.

At Johns Hopkins School of Medicine, Professor Matthew Johnson conducted a small trial using psilocybin to assist heavy smokers in quitting smoking. Psilocybin is the substance that makes magic mushrooms psychedelic and it is showing great potential as a therapeutic aid for psychiatric conditions such as addiction, anxiety, and depression. 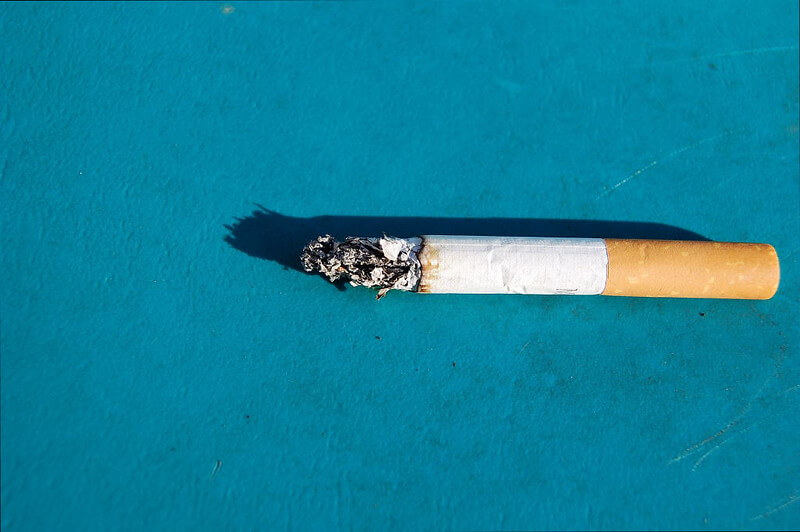 12 out of 15 participants in Johnson’s study successfully quit tobacco smoking, and most importantly, maintained being smoke-free. The trial made use of a small sample group, but its 80% success rate was enough to call for the same study with larger groups.

What could possibly be in psychedelics that made people completely put aside their addiction? In an interview with the Interdisciplinary Conference of Psychedelic Research (ICPR), Johnson said, “evidence suggests that there are psychological mechanisms of action at play. For example, people endorse that after the psilocybin sessions, it was easier for them to make decisions that were in their long-term best interest, and they were less likely to make decisions based on short-term, hedonistic desires.”

“They also seemed to feel more in control of decisions about their behavior, and reported an increase in self-efficacy, their confidence in their ability to remain quit,” Prof. Johnson added.

Serotonin 2A receptors can be found on the outer layer of the brain, called cortex. They are the primary target of psilocybin and other psychedelics. These receptors, studies found, when stimulated by psychedelics, decrease activity in particular areas of the brain, specifically in the default mode network (DMN). The DMN is believed to activate introspective thoughts, ingrained thought patterns, and one’s sense of self. And with the presence of psychedelics, the DMN stops being so overly-engaged and this process therefore may help people break free from destructive thoughts. 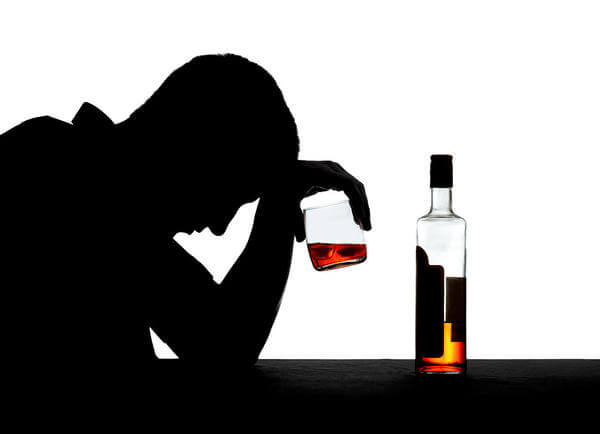 Another area where psilocybin shows promise is treating alcoholism. A growing number of studies are now making use of psilocybin for alcohol-related treatments, and it is surprisingly something that is not new. As addiction researcher Michael Bogenschutz of New York University puts it, “I’m interested in addiction in general but for me alcohol, which is a very common, devastating addiction throughout the world, was a logical place to start. As I learned when I started investigating the topic, a considerable amount of research on the use of psychedelic treatment (mainly LSD) and alcohol had already been conducted in the late 1950s.”

A study conducted by Ben Sessa, MD, called the Bristol Imperial MDMA in Alcoholism Study (BIMA), was a feasibility study in 20 patients who have Alcohol Use Disorder but have recently gone under detoxification.

Ibogaine: Another Panacea for Addiction

Compared to psilocybin and MDMA, ibogaine is a lesser known psychedelic. It originated from the African plant Tabernanthe iboga, and is mainly known for two things: its reputation in some groups as a remedy for addiction and the inner hallucinations it generates.

People who have bought the substance at underground clinics only have positive things to say about it. They say that only one dose can bring an instant relief from withdrawal symptoms and cravings. The side effects of this plant-derived substance, however, can go from dangerous to even deadly. 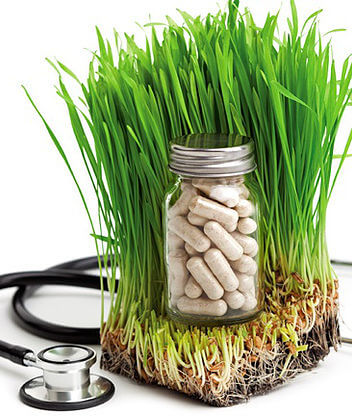 Perhaps the reason why it has been classified as a Schedule I drug, the most tightly regulated category. Therefore, researches on the substance have been put to a halt. Some results of animal studies, however, were intriguing. One meta-analysis in 2016 which examined such studies, particularly in mice and rats, concluded that ibogaine lessened the self-administration of opioids, cocaine, and alcohol. Another study in 2015 found that noribogaine, which is the metabolic product of ibogaine, or what ibogaine breaks down to when ingested, was also seen to reduce self-administration of nicotine by 64% in addicted rats.

Savant HWP, a California-based pharmaceutical company, has developed a drug that is chemically related to ibogaine, called 18-MC. They hope that the anti addictive properties will show on the surface without triggering hallucinations. In 2014, the company completed their phase I trials in Brazil, having 14 healthy volunteers to assess the safety of the drug. Company CEO Stephen Hurst reported that there were “no serious adverse effects” and that overall, the drug was “well tolerated.”

Other experts, however, urge caution. They warned that even though the drug has a long history of use in West Central African shamanistic rituals, still, not enough information on the risks of taking the drug is known to people. Some of the adverse effects that people reportedly experienced from the drug were seizures and heart attack, and some have even died while holding on to ibogaine to seek relief from addiction.

“Some people get modest short-lived increases in blood pressure, heart rate, headaches, and a number report subjective effects such as fear and anxiety,” Johnson said on psilocybin and its potential side effects. He also admitted that the fears that people could do dangerous things while having psychedelics recreationally are not totally baseless.

He believes, however, that if kept at population levels, the risks are very minimal and can be easily managed in a clinical setting. 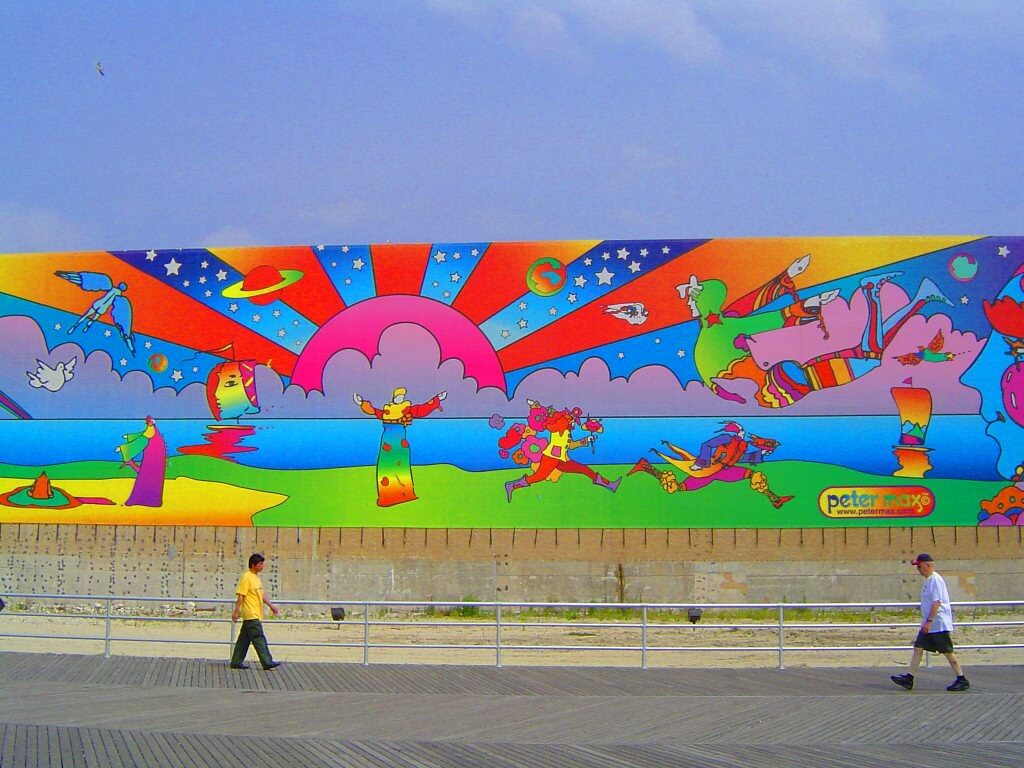 Johnson also added that he believes “psychedelics are not for everyone,” although he says that many people can be helped by these substances. It is not just applicable to smoking — it could also treat other drug addictions, and non-drug disorders like gambling addiction and eating disorders, too.”

He has also expressed hope in the future that specialist clinics could house trained therapists to administer the treatments, adding that “they won’t be given to patients to take home.”

All of these studies and the thoughts of optimistic futures that come with it still beg the question: After decades of being a social taboo, will society be fine with using psychedelics in medicine?