Home / News / How to help protect yourself from injury from faulty medical devices?

How to help protect yourself from injury from faulty medical devices?

Medical devices, such as transvaginal mesh, hip implants, and pacemakers, are a relatively new development in medicine and have revolutionized the way that certain health conditions are treated. While it is undeniable that many patients have benefited greatly from medical devices, it is also the case that a significant number of people have been seriously injured when their devices turn out to be defectively designed, manufactured, or when they have not been adequately warned about the risks.

For example, thousands of people have been hurt by metal-on-metal hip implants over the past few years, and these devices have been the target of several multi-million dollar lawsuits. According to the Federal Food & Drug Administration, metal-on-metal hips can result in cobalt and chromium being released into a person’s bloodstream. In addition, the agency states that metal particles or loose hips can cause damage to the tissues and bones around the implant. In many cases, people who have received these defective hips experience significant pain, a decreased quality of life, and require additional surgeries to correct the problem.

While compensation for existing injuries may be available, most of us would like to avoid injury in the first place. Fortunately, there are certain steps that you can take to reduce the chances that you will be injured by a defective medical device, the most important of which are discussed below.

If you doctor recommends that you receive a medical device, the first thing you should do is speak to him or her about the device and his or her recommendation at length. Ask your physician about why he or she recommends treatment with a medical device and about whether he or she is certain that the benefits outweigh the risks. In addition, you should ask your doctor whether he or she is aware of any problems with the recommended device and, if so, how those problems can be avoided.

There is always a risk associated with treatment with a medical device, regardless of the type. As a result, you should always get a second opinion before receiving one. Speak to another physician who specializes in treating people with the condition for which the device has been recommended.

If you have received a medical device, it is a good idea to make sure that you check in with media outlets on a regular basis. When problems with medical devices that are not isolated incidents arise, it tends to get significant attention. As a result, watching the news or reading the paper will likely alert you to the fact that the device that you have received has caused problems for others.

The Federal Food & Drug Administration (FDA) is the federal agency that is responsible for regulating medical devices. On its website, the agency posts Safety Alerts for human medical products and recall information. Individuals who have or are considering receiving a medical device can search their website to see whether there is any safety information about their device.

What Should You Do if You Have Already Been Injured by a Defective Device?

By following the steps listed above, you can reduce your risk of being hurt by a defective device. Unfortunately, medical devices will continue to fail and cause injury even under the best circumstances, and it is important for people who have been hurt by defective devices to take steps to protect their legal rights and health. Here are some of the things that you should do if you believe that you have been injured by a medical device.

If you think (or know) that your medical device is causing health problems, the first thing you should do is speak with your physician. He or she will thoroughly investigate your complaints and determine whether the device should be adjusted or removed. It is important to see a physician even if you do not believe that your symptoms are related to the device, as these devices can cause health problems that can seem completely unconnected to the untrained eye. For example, metal-on-metal hip implants have resulted in elevated cobalt levels in some patients which can result in symptoms like ringing in the ears, deafness, thyroid problems, and nerve problems.

Defective medical devices have the potential to cause extremely serious injuries to patients. As a result, it is critical to keep detailed notes about the way in which your life has been affected by a defective device in order to ensure that you can recover compensation for all of your losses. Examples of the kinds of issues that you should note include the following:

The most critical step in protecting your legal rights after an injury caused by a defective medical device is contact an attorney. There are lawyers who specialize in defective medical device litigation who understand how device manufacturers operate and how to get victims adequate compensation. In some cases, you may join an existing class-action lawsuit with other individuals who have sustained injuries because of the same or a similar medical device. In others, you may file claim alone. It is important to recognize that device manufacturers and their insurers know they are operating in a high-risk industry and have policies in place to limit their liability and pay out as little as possible. As a result, you should always have a lawyer review any settlement offer you receive prior to accepting it. 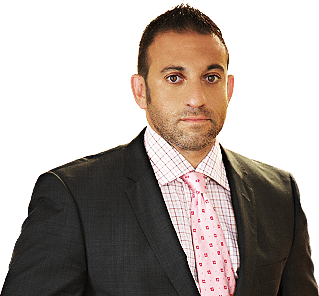 Matthew Dolman is the President and Managing Partner of Dolman Law Group, a Clearwater personal injury and civil trial law firm. Mr. Dolman focuses much of his practice on the litigation of catastrophic injury and wrongful death cases throughout Florida. In fact he only represents plaintiffs who have been physically injured as a result of the negligence exhibited by an individual or corporation.