Can Pesticides Cause Thyroid Problems? 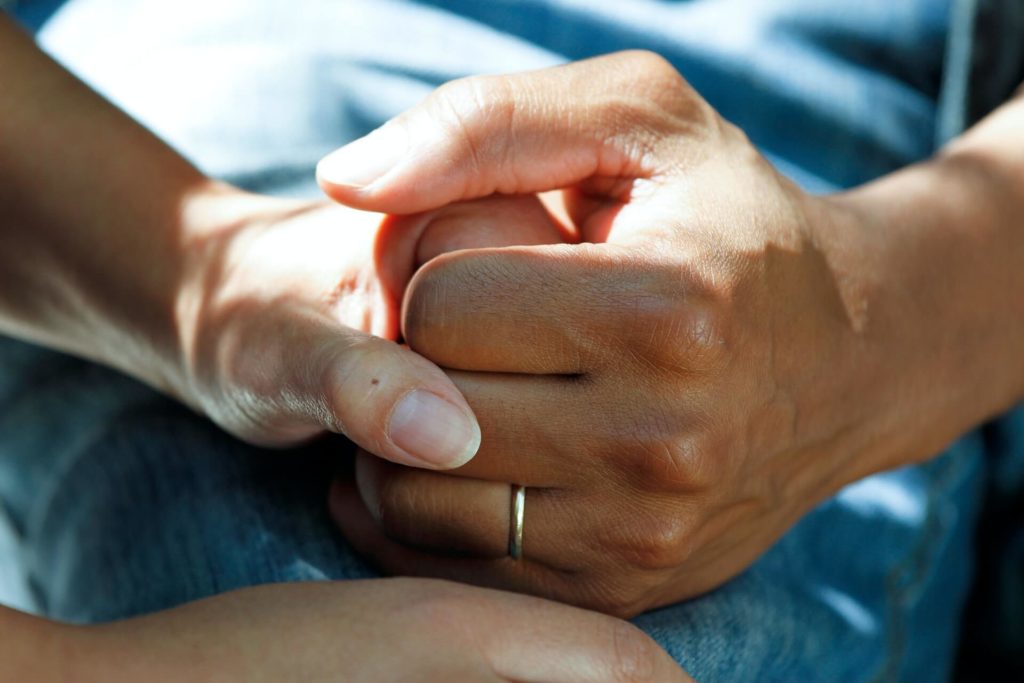 Today, an estimated 20 million people in the United States have some type of thyroid disorder. Women are five to eight times more likely to suffer from thyroid disease than men.

Cases of thyroid disease also saw an increase in the past few decades. And although most people believe that genetics play a major factor in contracting the condition, more researchers are now trying to see if there’s an environmental connection.

Particularly, mounting evidence now suggests that exposure to certain chemicals and environmental toxins may be linked to thyroid problems.

How does the thyroid gland work?

Your thyroid gland has a vital role in your body. It produces several hormones that affect all the cells and organs in it. The thyroid hormones mainly regulate metabolism, but in extension, they also affect your heart, digestive functions, and even brain development.

It is a butterfly-shaped gland located at the base of your neck. Thyroid disorders are medical conditions that affect the thyroid gland.

The two main forms of thyroid disease are hypothyroidism and hyperthyroidism. Both types can result from other conditions that affect how the thyroid gland functions.

Hypothyroidism, also called an underactive thyroid, occurs when the body doesn’t release sufficient levels of thyroid hormones. As a result, your metabolism slows down, you feel fatigued, and you may gain weight, among other symptoms.

On the other hand, in cases of hyperthyroidism or an overactive thyroid, the thyroid produces high levels of thyroid hormones that regulate your metabolism. As a result, this condition speeds up your metabolism. However, it can also cause other symptoms like weight loss, rapid heartbeat, and insomnia.

According to the American Thyroid Association (ATA), individuals who have thyroid problems may find it hard to realize they have the disease. This is because the symptoms may often be attributed to other conditions.

The American Cancer Society reports that thyroid cancer is becoming more common in recent decades. According to the organization, since 1997, cases of thyroid cancer increase by six percent each year. Although it is believed that genetics has much to do with the disease, researchers are now looking into some environmental factors that may increase one’s risk of developing thyroid disease.

How do chemicals affect thyroid function?

A recent UCLA study showed that genetic factors account for around 70 percent of the risk for developing thyroid problems. However, growing evidence shows that there may be a link between an increased risk of thyroid disease and exposure to some chemicals.

The thyroid releases the hormone triiodothyronine in your body, also known as T3. It also produces another hormone called thyroxine or T4. Together, these two hormones play a major role in regulating your body’s temperature, heart rate, and metabolism.

The types of chemicals that can potentially disrupt thyroid function are believed to have a similar chemical structure with these hormones. These chemicals include:

Pesticides and herbicides are some examples of environmental toxins that can have adverse effects on thyroid function. A recent study found that exposure to organochlorine pesticides, the herbicide Paraquat, and the fungicide maneb can potentially up the risk of hypothyroidism in women.

The study involved thousands of women married to men who use or apply such chemicals in their workplace. The authors studied more than 16,500 women from Iowa and North Carolina who were married to licensed pesticide applicators in those states.

The research found that these women were at a much higher risk of developing thyroid issues compared to women in non-agricultural settings. This is not the first time, however, that these chemicals were involved in studies that examined their risks to human health and the environment.

In fact, research links the weed killer Paraquat to an increased risk of developing Parkinson’s disease. But the reason behind Paraquat lawsuits being filed in the United States is that plaintiffs allege its manufacturers were aware of its risks.

The first lawsuit against the companies was filed on behalf of the farmers and agricultural workers who subsequently developed Parkinson’s after chronic exposure to Paraquat.

On the other hand, another study found that the use of pesticides like organophosphates and carbamates also induced hypothyroidism or an underactive thyroid in men.

Substances like pesticides and herbicides have been linked to thyroid dysfunction because of their ability to disrupt endocrine systems. Pesticides contain endocrine-disrupting chemicals which are substances linked to a wide array of health conditions, including reproductive, developmental, and neurological problems.

However, aside from interfering with our body’s endocrine system, chemicals present in pesticides also have the potential for thyroid disruption. They can potentially disrupt thyroid function in different ways, including:

Studies link several industrial chemicals to disruption of thyroid function. These chemicals include:

However, this chemical can also accumulate in groundwater, surface water, and soil. In fact, there are reported cases of areas where drinking water supplies have been contaminated by perchlorate.

Polychlorinated biphenyls or PCBs are another group of manmade chemicals that are resistant to pressure and temperature. Once widely used in the United States, the country eventually banned the chemical in 1979, citing its serious health risks to humans and the environment.

Despite being banned decades ago, however, PCBs continue to persist in the environment. Animal studies show that exposure to PCBs or other organochlorine compounds can affect thyroid function.

Lastly, dioxins are a group of compounds that are persistent environmental pollutants (POPs). Dioxins are highly toxic and can interfere with hormones, cause reproductive problems, and even cancer.

Dioxin exposure to levels that are considered safe in the US can potentially lead to decreased T4 and reduced thyroid function. This significantly affects more women than men.

Heavy metals have always been topics of research that aim to demonstrate their damaging effects on human health. Some toxic metals significantly associated with thyroid dysfunctions include:

Aluminum is the most abundant metal found in the Earth’s crust. As such, aluminum production is a global industry. It is used in a variety of everyday products, including pots and pans, aluminum foil, deodorant, cookware, and even in some over-the-counter medications, among many others.

Animal studies found that aluminum oxidatively affects the thyroid, inhibits iodide uptake, and limits thyroid hormone production. All these can potentially mislead the immune system to attack the thyroid.

Cadmium, on the other hand, is a heavy metal that’s released through mining and smelting activities. It is present in batteries, pigments, sewage, and phosphate-based fertilizers. Chronic cadmium exposure can trigger thyroid enlargement, which can ultimately induce thyroid cancer.

One of the earliest heavy metals notorious for its toxicity, lead in our environment remains in high amounts thanks to its use in paints in old housing, inexpensive metal jewelry, and even children’s toys.

Occupational exposure to lead has been linked to depressed thyroid function and increased levels of thyroid-stimulating hormone (TSH).

Your home should ideally be a safe haven for you and your family. However, toxins that can affect the thyroid have become a part of modern-day homes. Polybrominated diphenyl ethers (PBDEs), commonly known as flame retardants, are found in everyday items, including computer monitors, TV screens, carpet padding, and furniture.

Flame retardants adversely affect thyroid functions by imitating thyroid hormone structure and binding to particular transporters where T4 is supposed to bind itself to. This ultimately prevents T4 from being transported in the blood.

According to a recent study from researchers at Harvard T.H. Chan School of Public Health, women with elevated levels of common flame retardant chemicals in their blood may be at a higher risk for thyroid disease. And this risk may even be higher in postmenopausal women.

On the other hand, plastics also populate many areas of our homes. From water bottles to children’s toys and storage containers, plastics appear in these items. BPA (bisphenol A), in particular, might sound familiar to many moms out there.

BPA is an industrial chemical that is used to make certain plastics and food containers. As a parent, you may have seen your baby’s feeding bottles with the label BPA-free. Some studies suggest that BPA has an antagonistic effect to thyroid receptors, causing disruption in the action of thyroid hormones.

According to the nonprofit group Beyond Pesticides, around 60 percent of pesticides used today can potentially affect the thyroid gland’s creation of T3 and T4 hormones. Some fungicides and insecticides are also involved.

Moreover, a study recently conducted in Thailand suggests that exposure to pesticides, even at low levels, can negatively affect the human endocrine system and disrupt thyroid function.

The study was the first of its kind to assess interactions of genes and environment. It investigated the link between variations in genes seen in pesticide metabolism and altered thyroid hormone concentrations in Thai agricultural workers.

In a highly industrialized world, environmental toxins are everywhere. Some people consider switching to natural products and eat organic foods to avoid the risk of coming in contact with toxic agents.

The debate on safety between organic and non-organic foods or products may still rage on, but strengthening the thyroid should always be one’s priority. One of the most effective ways to do this is by refusing to use pesticides, herbicides, or fungicides in your lawn or garden.

Maintaining a toxin-free environment is the best way to support thyroid health. By considering this, you can also avoid subsequent autoimmune diseases that can potentially arise from thyroid issues. Always keep an eye out for changes in your weight, energy, and sleeping habits. Changes in these things are often indicative of thyroid problems.

Another option for people harmed by harmful chemicals in pesticides is to use the weapon given to them by the law. Paraquat lawsuits are filed as we speak. Plaintiffs aim to hold the product’s manufacturers accountable after they were diagnosed with Parkinson’s disease due to Paraquat exposure.

As the number of lawsuits continues to grow, litigations could soon fuel a new mass tort.