What You Need to Know About Pesticide Residue in Food 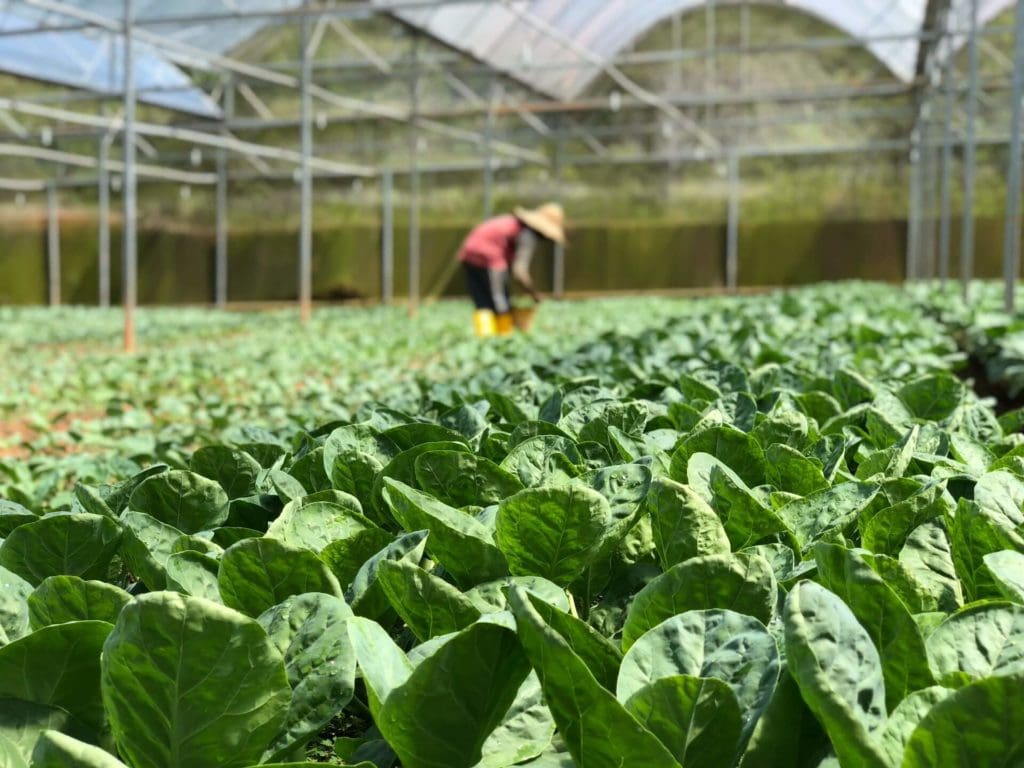 Pesticides are substances used to control weeds and kill insects to prevent them from damaging crops.

In the past few years, the increasing use of pesticides has been under great scrutiny, mainly because of the mounting evidence of their impact on the environment and human health.

Many people also worry about pesticide residue in their foods.

But how much should we really worry about them?

Read on to learn more about what pesticide residue is and its potential harmful effects on human health.

In general, the agricultural system is heavily reliant on pesticides as they are used to protect plants or crops from pests, weeds, or diseases.

In fact, more than 1.1 billion pounds of pesticides are applied each year in the United States. And due to the escalating use of pesticides in the past decades, their ability to cause a large number of negative environmental and health effects has also began to surface.

An ideal pesticide would destroy its target pest without causing harm to other non-target organisms including plants, humans, animals, and even the environment. However, a pesticide is rarely perfect, and its use can cause harm to unintended targets.

And humans are unwilling victims to the wide array of complications and adverse health effects that pesticide exposure can cause.

In fact, a certain herbicide has recently been the target of several lawsuits in the United States. The Paraquat chemical herbicide or weed killer is one of the most common pesticides used today, and even though only licensed pesticide applicators can apply the chemical, its negative effects can go beyond the agricultural field.

According to several complaints, exposure to Paraquat has been known to cause lung damage, kidney failure, heart failure, fatal poisoning, and Parkinson’s disease, among others.

The first Paraquat lawsuit has been filed in 2017 in behalf of the farmers and agricultural workers who were exposed to Paraquat in the workplace, and subsequently developed Parkinson’s disease.

Pesticide Residue in Food: Is it Harmful?

Pesticide residues can be found in a great deal of everyday foods and beverages including fruits, vegetables, wine, animal feeds, fruit juices, and refreshments, among others.

In many cases, however, the pesticide residue level in these foods are well below the safe limits determined by the Environmental Protection Agency (EPA).

Moreover, organizations like the World Health Organization (WHO), U.S. Department of Agriculture, and U.S. Food and Drug Administration set a limit for safe pesticide levels in foods with the use of multiple studies that help experts understand what levels of pesticides are deemed harmful to be in our food supply.

However, there are a number of problems with these procedures used to determine these “safe limits.”

Issues with the Safety Limits

Several issues have been pointed out with the tolerance levels for pesticide residue set by regulatory agencies.

For instance, these safe limits are only set for individual pesticides. Therefore, it may underestimate the health risk that exists in reality when two or more chemical substances from different pesticides are found in the same food. The way these residues interact is still unclear to experts, but it is possible that these chemicals may have a negative combined effect.

A recent analysis from the Environmental Working Group (EWG) indicated that around 70 percent of food samples were found to be contaminated with pesticide residues. The amount and type of residue found on food, according to the analysis, can depend on a number of factors such as how the pesticides were applied, or whether or not the food had a thick peel.

Moreover, some researchers also pointed out that the regulatory agencies that establish pesticide safety limits often rely on studies with inconsistent or incomplete data.

Aside from that, a number of these agencies were also found to depend on data from industry-funded studies to determine pesticide toxicity levels. These kinds of studies often tend to be misleading and have a higher probability of bias.

Another problem with the safety limits set is that a few pesticides – synthetic and organic – contain heavy metals that build up in the body over time.

In fact, a study that involved 162 people found that the presence of heavy metals including copper, lead, and zinc were 2-4 times higher in the blood of vineyard farmers who were exposed to pesticides at work, compared to a control group who did not have any pesticide exposure.

For these reasons, it is important to continuously monitor the health effects of pesticides especially in groups of people who have high exposures to these chemicals in order to better establish regulations and safety limits.

Should I Go For Organic Food Instead?

It might be impossible to completely avoid pesticides in the food you eat, considering how their use is so widespread. Other consumers prefer buying and consuming organic food product as farmers grow organic produce in line with government guidelines.

However, debates are still ongoing about whether going organic means being completely safe. Studies conducted in the past years have conflicting findings as well.

For instance, a study involving 4,400 adults found that even those people who only moderately consume organic foods had lower levels of synthetic pesticides in their urine.

However, a number of experts say that going organic does not really mean safer and better, as organic pesticides also have their own negative effects in the environment. Some organic pesticides are also not tested for their toxic potential, as the EPA only applies the Reduced Risk Program to synthetic pesticides.

In fact, in some cases, they may even be worse than their synthetic counterparts. What’s more is that organic foods tend to be on the expensive side, and according to a 2017 comprehensive review, there is not much difference between the nutrient content of organic and inorganic produce.

Pesticide exposure has been associated with a wide array of diseases and conditions. In fact, according to scientists, “Virtually all chemicals can be shown to be dangerous at high doses,” which means that both synthetic and organic pesticides pose potential health risks at higher doses.

High levels of exposure to harmful pesticides have also been linked to an increased risk of developing neurodegenerative diseases such as Parkinson’s and Alzheimer’s disease.

A number of research also shows that pesticide use may be associated with different types of cancer. A study in 30,000 female spouses of pesticide applicators found that increased exposure to organophosphates was linked to a higher risk of developing breast, ovarian, and thyroid cancer.

Pesticides have also been mentioned in studies of human illnesses such as lymphoma, leukemia, and cancers of the brain, and prostate, among others.

Moreover, developmental and reproductive effects from pesticides include still birth, birth defects, miscarriage, infertility, or sterility in men or women.

Some people may choose to avoid buying foods that are conventionally grown out of concerns about the detrimental effects of pesticides on the environment and its potential long-term health risks.

However, research has suggested that even organic pesticides can have negative effects on health and the environment.

Limiting pesticide exposure may be even more important for children, as pesticides were found to have lasting effects on their growth and the development of their brain.

But it is important to remember that there is an overwhelming scientific evidence that eating fruits and vegetables has many health benefits, regardless of whether the food product is organic or conventional.