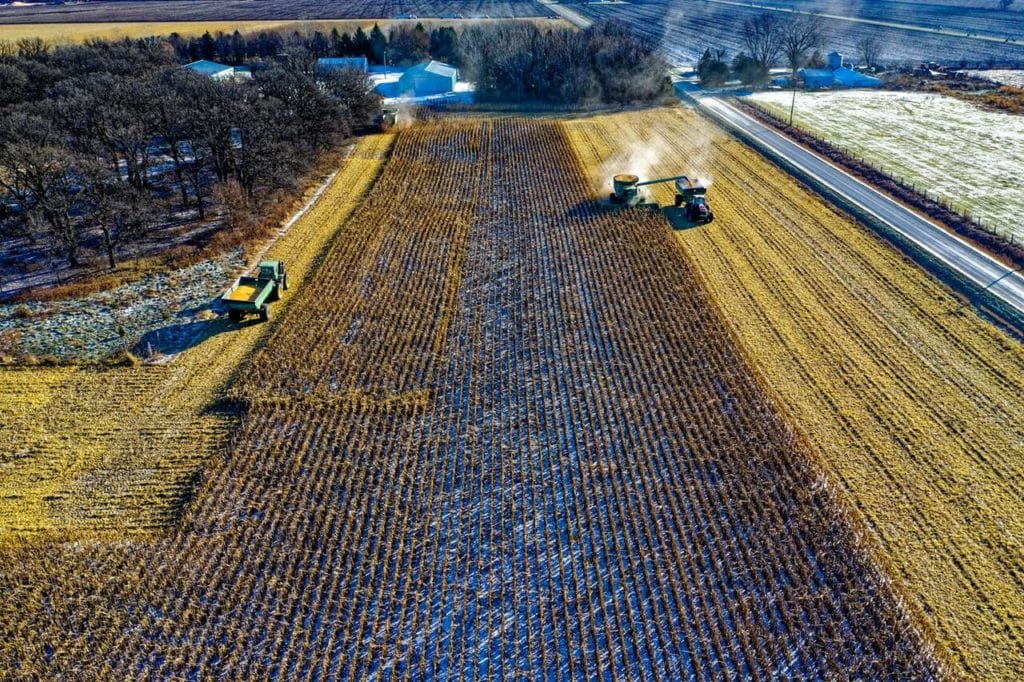 Pesticides are substances used to kill, repel, or control pests.

But some pesticides can also cause adverse health effects in people.

The possibility of someone developing health problems from pesticides may depend on the type of pesticide, the amount of exposure, and for how long or how often one was exposed to the chemical.

Most of the time, however, pesticides affect our nervous system, or the system in our body responsible for coordination of actions and sensory information.

And did you know that a certain pesticide already has a slew of lawsuits under its name?

Paraquat, a popular herbicide that has been widely used by farmers as a weed killer, is now the target of many lawsuits in the United States.

Paraquat lawsuits filed by plaintiffs in multiple states claim that the dangerous chemical can cause lung scarring, liver failure, heart failure, lung damage, and Parkinson’s disease, among others.

Is it possible to manage the risk brought by pesticides?

Continue reading the article to learn more about pesticide exposure and its serious side effects, and to be aware of the early signs and symptoms that you may have been exposed to pesticides.

Pesticide poisoning occurs when pesticides, which are chemicals intended to control pests, affect non-target organisms including humans and wildlife.

Either way, pesticide exposure can have serious consequences.

Unfortunately, health care providers often receive limited training in pesticide-related illnesses. This is because toxicology is an area of medicine that’s constantly changing, and new methods of treatment are regularly developed.

This is why prevention of pesticide poisoning is a path that is more certain compared to the treatment available for it.

All symptoms of pesticide poisoning can be hard to recognize as they are not the same.

The severity of the effects may also vary depending on the concentration, toxicity, and route of exposure of the pesticide.

It is therefore important that one should be aware of the type of pesticide used, as well as the general symptoms of pesticide poisoning.

Here are the general symptoms that might indicate pesticide poisoning:

Any of the above mild symptoms, plus any of the following:

Any of the above mild and moderate symptoms, with any of the following:

Some adverse health effects caused by exposure to pesticides may occur immediately as one is being exposed, while other symptoms may develop hours after pesticide exposure.

Other adverse effects may not occur after years, like cancer.

These long-term health effects are more of a concern for people who are exposed to pesticides on a regular basis.

In case of Paraquat, only licensed applicators are allowed to mix or use the dangerous chemical.

If you are a licensed pesticide applicator, or if you are someone who works with pesticides, it is recommended for you to have medical check-ups form time to time.

You should tell your doctor which pesticides you are using or being exposed to at work.

Pesticides can enter the human body during mixing process or application of the chemical.

There are three ways a pesticide can your body:

Dermal Exposure (absorption through the skin or eyes)

Absorption of pesticides through the skin is most common in work places. This type of exposure to pesticides is also known as occupational exposure.

Workers may be exposed to a splash of the chemicals when mixing or applying the pesticide. Dermal exposure may result in immediate absorption after the pesticide comes in contact with the skin or the eyes.

Pesticides may also be absorbed through the skin occur upon touching protective clothing, a surface, or an equipment that has traces of pesticide in it.

When absorbed through the eyes, pesticides can cause eye injuries.

Inhalation (through the lungs)

Respiratory exposure can be dangerous because pesticide particles can quickly find its way into the bloodstream.

Inhalation is possible when working with powders, airborne droplets or mists, and vapors. The risk of inhaling droplets is relatively low when low pressure application equipment is used, because the droplets are too large to remain in the air long enough to be inhaled by someone.

However, application of pesticides using high pressure, ultra low volume, or fogging equipment can increase the risk of inhalation because the droplets during these operations are small in size and can remain and be carried in the air for a considerable distance.

Pesticides with a high inhalation hazard come with a label containing directions to use a respirator.

While ingestion is a less common way for one to be exposed, it results in the most severe poisonings, including severe injuries, serious illnesses, or even death.

Pesticides can be swallowed by accident, through carelessness, or intentionally.

The most common reports of people accidentally ingesting pesticides happen when the pesticide has been removed from its original container and then transferred into an unlabeled bottle, cup, or container.

Ingestion of the substance may also be possible for workers who handle pesticides at the workplace if they eat or smoke without washing their hands first. 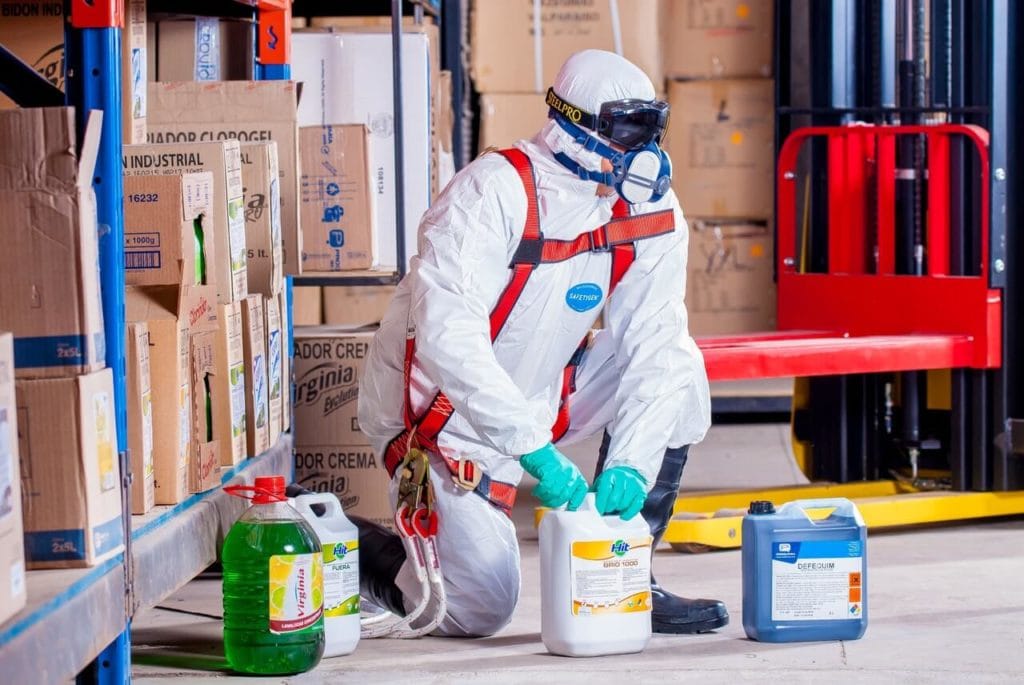 Effects of pesticide exposure can be categorized into allergic, acute, and chronic effects.

Here’s how the three differs from one another:

Can people be allergic to pesticides?

In a number of cases, yes.

After exposure to a certain pesticide, some people may develop a reaction known as sensitization. Allergic sensitization comes in two types: skin and respiratory.

On the other hand, respiratory sensitization symptoms include chest tightness, coughing, difficulty in breathing, wheezing, asthma, and shortness of breath.

If there’s constant exposure, the allergy may become worse each time. Eventually, even a short exposure to a small amount of pesticide may cause a severe reaction.

Although considered to be rare, it is important to keep in mind that it is possible for pesticides top cause potentially fatal allergic reactions in some people.

Acute effects following pesticide exposure may appear immediately or within 24 hours of exposure.

These immediate health effects may include irritation of the nose, throat, and skin which may then cause itching and burning sensations as well as blisters and rashes.

People who have asthma may have severe reactions to some pesticides, including pyrethroid/pyrethrin, organophosphate and carbamate pesticides.

Nausea, dizziness, and diarrhea may also occur in some people.

Acute symptoms are often reversible if proper medical care is given, but may be life-threatening if left untreated.

Chronic or delayed effects are illnesses or injuries which may not appear until several years after exposure to pesticides.

Chronic or long-term health effects include tumors, cancer, birth defects such as changes in the genes or chromosomes, brain and nervous system damage, infertility, lung damage, liver failure, kidney failure, and damages to other body organs.

Pesticides have been studies of human illnesses such as lymphoma, leukemia, and cancers of the brain, breasts, prostate, and ovaries, among others.

Developmental and reproductive effects from pesticides include still birth, birth defects, miscarriage, infertility, or sterility in men or women.

All pesticides in a certain chemical group affect the body in varied ways. Therefore, it is important for you to know the symptoms associated with poisonings due to certain classes of pesticides.

These pesticides attack the brain and nervous system and interferes with nerve signal transmission. Both chemical families also inhibit acetyl cholinesterase which is an enzyme essential for the proper functioning of the nervous system.

In severe cases of poisonings from organophosphate and carbamate insecticides, symptoms may include difficulty breathing, convulsions, coma, and death.

Each year, hundreds of thousands of people become victims of acute poisoning of the nervous system due to these pesticides.

The U.S. Environmental Protection Agency (EPA) has banned many organochlorine insecticides because they are not readily biodegradable and therefore remain in the environment.

Organochlorines affect the central nervous system as stimulants which can cause tremors and seizures.

Nausea and vomiting commonly occur soon after ingestion of organochlorines. Other early symptoms include headache, dizziness, disorientation, weakness, excitability, a tingling sensation on the skin, and muscle twitching.

Although these pesticides in general are less toxic compared to organophosphates or carbamates, since they stay in the environment and pass up the food chain, they can be extremely dangerous.

Pyrethroids are synthetically produced organic compounds similar to the natural pyrethrins from chrysanthemums.

These chemicals are considered to be the least toxic pesticides to humans, but they are a known carcinogen. Small doses of pyrethroids are also highly toxic to birds, insects, and fishes.

Fumigants such as methyl bromide and metam sodium can severely affect any tissue they touch.

Effects of minor exposures from these chemicals include itching and burning sensation on the eyes and skin, respiratory tract irritation, nose bleed, and coughing.

On the other hand, symptoms of excessive exposure from different types of fumigants include headache, dizziness, nausea, and vomiting.

The main key to surviving a pesticide poisoning is rapid, appropriate, and prompt medical treatment.

If you suspect that you have been exposed to certain pesticides and you are having symptoms of poisoning, seek emergency medical attention immediately.

The longer the time has passed since pesticide exposure, there is an increased risk of toxic effects being heightened.

Furthermore, it is important to note that prevention of poisoning is still of utmost importance in handling pesticides.

Fully reading the directions and complying with the instructions indicated in the pesticide label is the best way to be safe.

If you have any doubts about the seriousness of a poisoning that has occurred or you are uncertain which steps or procedures to take next, contact the Poison Control Center.