“Many of us have PTSD, and many of us would just sob on the way home, and then 10 hours later we’d get back on the horse and do it all over again.”

These are the words Jim Gentile used, a surgical nurse at St. Mary Medical Center in Langhorne, Pennsylvania, to describe he and his colleague’s worsening situation at their hospital. During the first wave of the pandemic, he shared his experience of racing towards patients, only to arrive at someone who died while waiting for help. He has wrapped more patients in body bags during the first surges of the pandemic than he did for the last 25 years.

How the Strike Materialized

Last November 17, Tuesday, he and 700 other nurses working at the hospital held a protest outside St. Mary Medical Center. They went on strike because of being poorly-compensated, short-staffed, and having to deal with the virus surges in the midst of their condition.

Adding to their problems are PPE shortages and the deterioration of their mental health. And the politicization of COVID-19 in many states only made it worse. A number of states were slow-moving when it came to implementing health measures which could have slowed down the surges of the virus. There were even reports of cases where intubated patients believe the virus is just a hoax.

In North Dakota, COVID-positive nurses who were asymptomatic were encouraged to continue with their duties due to a shortage in staff.

Medical Professionals and Their Untold Stories 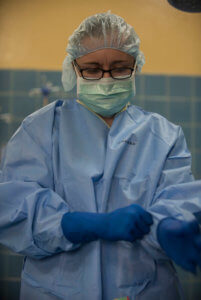 Gentile shared some criticism nurses receive when they join demonstrations at times when patients need them the most. “Everybody thinks, ‘Nurses are selfish. Why are they doing this now with a pandemic?” He also shared how he and his colleagues requested for the hospital to hire more medical staff when they were still enjoying a brief pause from a high number of COVID patients. The nurses said they receive compensation below what is average.

During the past two years, 243 of St. Mary’s medical staff have left, though people from the administration say that the turnover rate is even lower than that.

Gentile and his coworkers say that shortage in staff and an organization that “undervalues” its nurses are to blame.

How Does the Future Look Like for Pennsylvania Nurses? 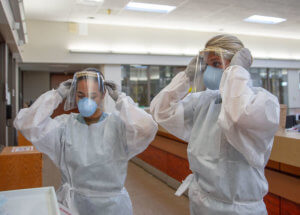 Gentile and the other nurses with him are members of a union, which gives them some safety from retaliation. However, that’s not the case for the four Detroit nurses who lost their job upon communicating concerns about staff and PPE shortages, citing violation of the hospital’s social media policy as the reason for their dismissal.

On another news, a Chicago nurse was also relieved from her duty after sending emails to coworkers encouraging them to make use of more PPE than what the hospital supplied.

It seems like treating ordinary people like such is slowly becoming more of a habit for bigger names on the health care industry. This kind of treatment is also evident with people who have taken the courage to file lawsuits against big pharmaceutical industries who have wronged them. The Paragard lawsuit is just one of the many examples of legal proceedings aiming to make the big pharma accountable for their mistakes.

Administrators of St. Mary medical center brought in nurses to replace the protesting workers until the time they returned. In a statement, the hospital said it “remains committed to bargaining in good faith” and its administrators take safety measures by maintaining “appropriate levels of staffing”.

Even though it’s still vague to them whether this strike will bring about changes to the hospital’s policy, Gentile said he’s encouraged by the unity that he and his companions have demonstrated, by new vaccines being developed, and by the likelihood of having a vaccine anytime soon.