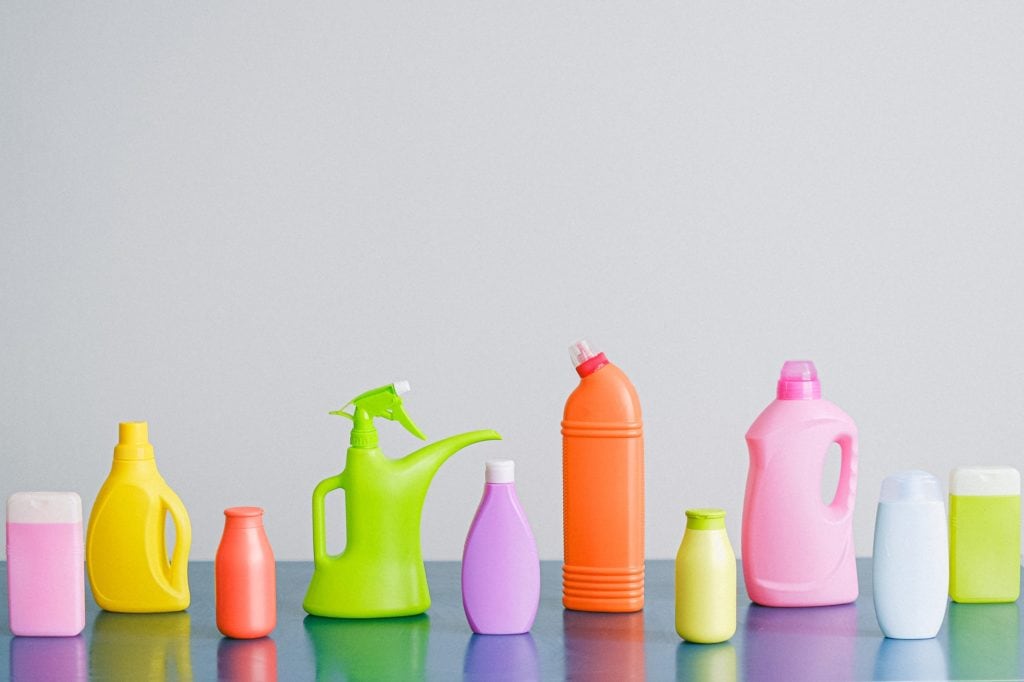 Pesticides, pollutants, and even heavy metals continue to be under scrutiny for their potential adverse effects to the environment and to humans.

These chemicals have also been linked to an increased risk of developing Parkinson’s disease (PD). In the United States alone, the number of PD patients has increased by 35% over the last 10 years.

And while some may think that only agricultural workers are susceptible to these adverse health effects due to their nature of work, research has found that a certain chemical solvent present in some household cleaning products may be a risk factor for developing Parkinson’s years or even decades following exposure.

According to a study published in the Annals of Neurology, exposure to a common chemical known as trichloroethylene (TCE) increases the risk of developing Parkinson’s disease by sixfold in individuals who are exposed to the chemical in their workplace.

Trichloroethylene (TCE) is an industrial solvent used in degreasing, dry cleaning, and can even be found in household products including paint thinners, detergents, carpet cleaners, and shoe polishes.

Another peer-reviewed study in the Annals of Nuerology indicated that TCE is a “risk factor for parkinsonism,” which is a condition that causes movement problems similar to those seen in Parkinson’s disease, including slow movement, tremor, or muscle stiffness, among others.

And even though most studies only talk about chronic or long-term TCE exposure being linked to Parkinson’s, since TCE can literally be found in everyday cleaning products, according to the Environmental Protection Agency (EPA), it can also be risky for people to inhale the chemical or come into contact with it through their skin.

Trichloroethylene is also a known cancer-causing agent or carcinogen. It has been linked to cancers of the kidney, liver, and cervix, as well as fetal cardiac defects, among other adverse effects.

What is Trichloroethylene Used In?

Trichloroethylene is used in several industries. It is mostly used as a solvent to remove grease from metal such as auto parts, but it may also be an ingredient in:

TCE, however, does not only affect those people who come into contact with it, as it has been shown to persist in the environment for over a year.

Unsuspecting victims may not even realize that they have been exposed to the substance, as it can also contaminate groundwater and soil, and even well water that people drink.

What Herbicide is Linked to Parkinson’s?

Parkinson’s disease is caused by the loss of dopamine-releasing nerve cells in the part of the brain called substantia nigra. Dopamine helps coordinate movement in the body.

So when these nerve cells are impaired, our motor function is affected. That’s when hallmark Parkinson’s disease symptoms including difficulty balancing, tremors, and slowed movement start to set in.

But aside from biological and genetic factors, research has shown that environmental exposure to toxicants such as pesticides, pollutants, and herbicides may also trigger Parkinson’s disease.

In fact, aside from trichloroethylene, several environmental factors have also been associated with the development of the disease.

According to the Centers for Disease Control and Prevention (CDC), the popular herbicide known as Paraquat is a highly toxic substance which can put people at risk for severe poisoning in case of exposure.

Research has also suggested that people exposed to this herbicide may develop Parkinson’s disease. In fact, the first Paraquat lawsuit back in 2017 was filed in behalf of agricultural workers and farmers who subsequently developed Parkinson’s after occupational exposure to the substance.

The potentially harmful herbicide has since been banned in more than 50 countries, including China, Thailand, the United Kingdom, and other European Union nations. However, to this day, it is still widely used by farmers as a weed killer in the United States.

The EPA has set a standard safe limit of TCE in drinking water at a maximum concentration of five parts per billion (pbb).

In 2020, the hazardous substance has been banned in Minnesota and in New York, after the dangers of its use have been discovered in military bases and manufacturing plants in the states.

However, up to this day, the EPA estimates that 250 million pounds of TCE are still being used annually in the U.S. This, despite the adverse health effects of TCE being documented as early as 1932 in the Journal of the American Medical Association.

With these several risk factors being considered to cause Parkinson’s disease, families of PD patients should be aware that the root cause of the disease may now extend beyond genetics, and may include environmental risk factors as well.

It is believed that individual Parkinson’s disease cases may result from a combination of factors including genetic, environmental, and lifestyle. However, to this day, experts are still on the hunt for a cure to this neurological disorder. Most of them also seem to agree that more research needs to be done in order to identify other potential factors that may be causing a PD patient to develop Parkinson’s.