Paraquat and Marijuana: What is Paraquat Pot? 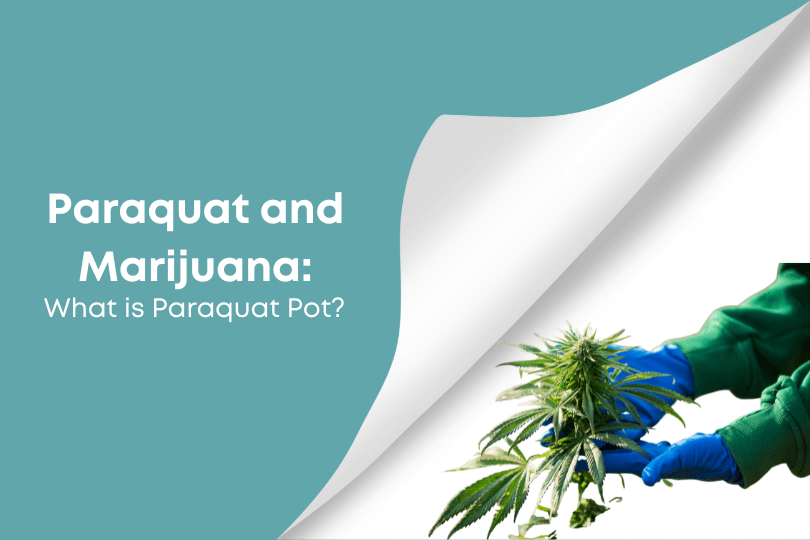 Most of us know what pot is, but if you also have an idea about what is paraquat, you may be wondering why these two words are even in the same sentence. But that is not some kind of mistake – in fact, the reason behind “paraquat pot” is deeply disturbing.

You see, in the 1970s, it was a top priority of the Nixon administration to eradicate marijuana use in the United States. And since the majority of these drugs are coming from Mexico, the U.S. worked with the Mexican government to start the war against marijuana.

Officials from Mexico decided to use the paraquat herbicide in the plan to kill the drug at its source by spraying marijuana fields with the chemical. The State Department – despite knowing that paraquat is highly toxic not only to plants but also to humans – agreed to the plan and provided helicopters to spray the lung-seeking poison on Mexican marijuana plants.

Not long after, evidence surfaced that around 20 to 30 percent of the marijuana shipped to the U.S. from Mexico was contaminated with paraquat. This caused a public health scare and national outrage from Americans who unknowingly bought and used the poisoned products.

And in 1978, years after reassuring the public that smoking paraquat-sprayed marijuana was safe, Secretary of Health, Education, and Welfare Joseph Califano announced that those who smoked products tainted with marijuana could develop severe lung damage.

Today, many decades after the public panic because of paraquat pot started, paraquat is still under scrutiny for its health effects that thousands of plaintiffs across the country have already filed a paraquat lawsuit, blaming the chemical for their Parkinson’s disease diagnosis and other long-term health effects they have developed after long-term exposure to the toxic herbicide.

What is Paraquat Marijuana?

Paraquat marijuana are marijuana which have been contaminated with the poisonous chemical paraquat as a result of the Mexican-American war against marijuana. Consumers who suffered from paraquat exposure because of smoking paraquat-tainted marijuana later on developed lung problems that are progressive and irreversible.

No, paraquat is not used on marijuana anymore. Although after its use in the eradication of Mexican marijuana fields, the U.S. Drug Enforcement Administration announced in 1988 that it would resume spraying those fields with the toxic herbicide; the federal government put a paraquat ban at least on marijuana fields in the 1990s.

However, paraquat remains one of the most widely used herbicides across the country today. It may not be sprayed over marijuana and poppy fields anymore, but it is currently being used on more than 100 crops in the States.

Is Paraquat used in Mexico?

Yes, paraquat is still used in Mexico for agricultural, forestry, industrial, and domestic uses up to this day. Because of its cheap price and availability, paraquat use has been implicated in several cases of intentional self-poisoning in developing countries such as Mexico.

This is in part due to the unfortunate fact that safer alternatives to toxic herbicides like paraquat are not always available in developing countries. Moreover, dangerous chemicals that are banned in more industrialized countries often end up being sold cheaply to these nations. 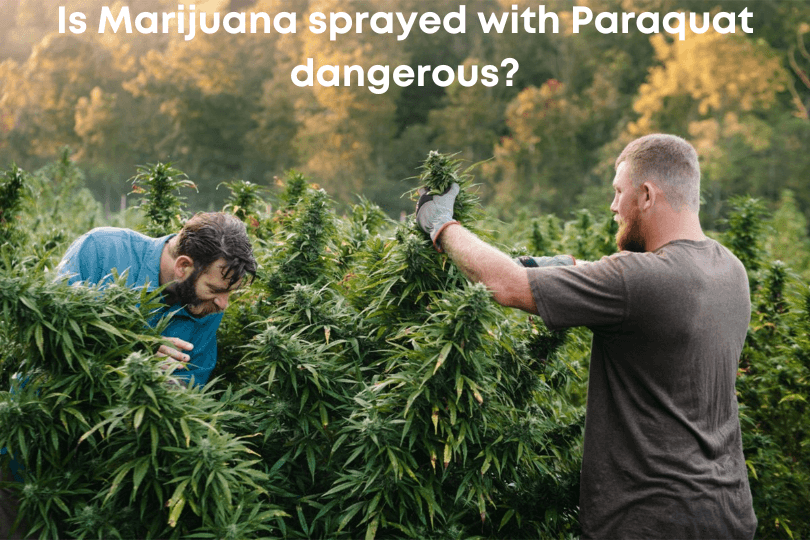 Is Marijuana sprayed with Paraquat dangerous?

Yes, marijuana that has been sprayed with paraquat is dangerous, because just as it is poisonous enough to effectively kill plants, it is also toxic enough to cause death in humans. Paraquat is a toxic breathable poison, hence why it is in the Toxicity Category I – the highest possible category rating given by the Environmental Protection Agency (EPA) to toxic chemicals.

Inhaling the weed killer could cause paraquat poisoning resulting in pulmonary fibrosis, lung damage, lung congestion, and death by respiratory failure. Persons with pre-existing problems are also at an increased risk for exposure.

Can you identify Marijuana sprayed with paraquat?

No, you cannot identify marijuana sprayed with paraquat because paraquat used to be colorless and odorless, at least at the time when the chemical was used to eradicate Mexican marijuana fields.

Today, the form of paraquat that is marketed in the United States is a liquid that is dyed blue to avoid confusion with other beverages. It also now has a sharp odor to serve as a warning, and a substance to cause vomiting if someone ingests it. These paraquat safety precautions were applied in 1988 to discourage the use of the chemical in suicide attempts and avoid accidental ingestions.

Are marijuana users eligible for a paraquat lawsuit?

No, marijuana users who may have smoked paraquat-tainted marijuana are not eligible for a paraquat lawsuit anymore. First and foremost, the practice of paraquat-spraying in marijuana fields was stopped in 1990.

Add to that the fact that cannabis use in the United States is currently illegal under federal law. Although many states in the country have enacted legislation allowing medical and recreational uses, it is still classified by the federal government as a Schedule I drug, which means it is considered to have high potential for abuse and dependence.

Are other herbicides used on Marijuana?

Yes, there are herbicides used on marijuana farming, and they may vary according to which chemicals the state allows to be used for marijuana production. For instance, in Washington State, pot farmers use herbicides including Vinegar Vinagreen Weed Control and Avenger AG Burndown Herbicide while in Oregon, the herbicides Vinagreen, Green Gobbler, and Weed-Aside Herbicidal Soap are often used for marijuana plants.

It is important to note that herbicides are just one classification of pesticides, and the most common pesticide classes associated with marijuana are insecticides, fungicides, and acaricides. Insecticides are used to control insects and other arthropods, while fungicides prevent the growth of fungi. Lastly, acaricides are substances used to kill ticks and mites. 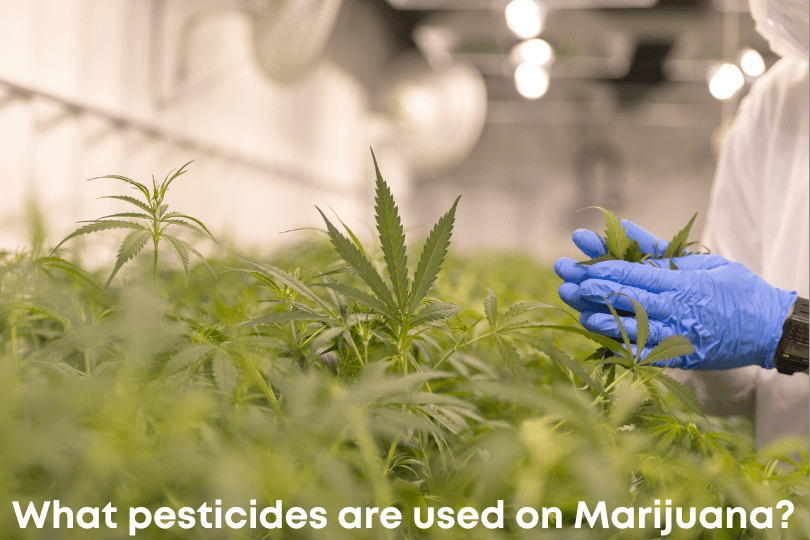 What pesticides are used on Marijuana?

Although the federal government still regards marijuana as an illicit substance, there are numerous states that have legalized it for medicinal or recreational use. This made way for legal cannabis farming and the use of pesticides on marijuana crops. The most common pesticides used on marijuana are listed below.