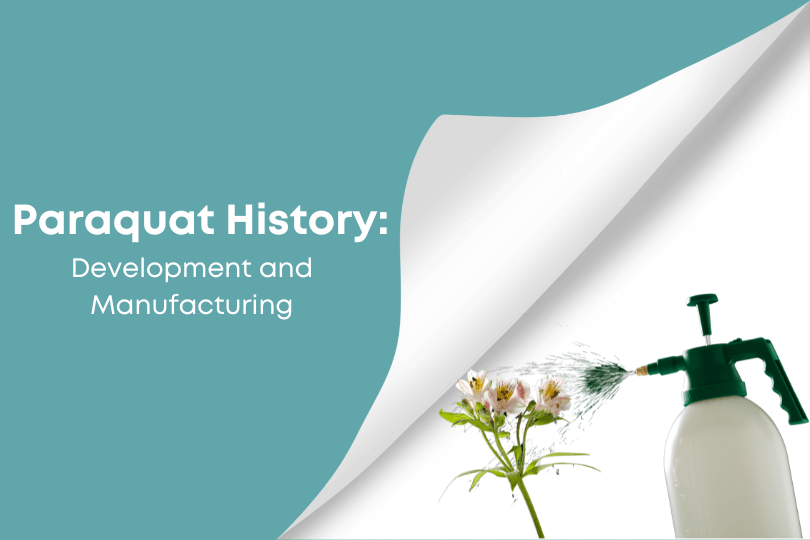 Paraquat was first manufactured and produced for commercial purposes by Imperial Chemical Industries (now Syngenta) in early 1962 under the brand name Gramoxone. Since then – and up to now – it remains one of the most widely used herbicides around the world.

But in the United States, paraquat is classified by the Environmental Protection Agency (EPA) as a restricted use pesticide (RUP), which restricts its use and purchase to commercially licensed applicators only.

But these restrictions did not stop paraquat from being popular among American farmers. And even with thousands of plaintiffs who have filed a paraquat lawsuit in courts across the country, the weed killer that is blamed by plaintiffs for causing their Parkinson’s disease is still yet to be banned.

But long before it has caused a public health scare for its adverse effects and prompted green groups to push for its ban, paraquat has a long history that contributed to its notoriety and longstanding scrutiny from advocacy groups and victims of paraquat exposure.

Paraquat was invented by two Austrian chemists, Hugo Weidel and his student, M. Russo in 1882. They originally synthesized the iodide salt of paraquat by reacting the organic compound 4,4′-bipyridine with methyl iodide.

In 1933, its reduction-oxidation properties were discovered by scientists Michaelis & Hill. These redox properties are responsible for damaging cell membranes and causing eventual cell death in plants, animals, and humans. In other words, this mechanism is what makes paraquat so toxic.

When was Paraquat invented?

Paraquat was invented in 1882 by Hugo Weidel and M. Russo. However, it was not them who discovered the potential of paraquat as an agrochemical. Instead, in 1955, two scientists working for the British chemical giant Imperial Chemical Industries (now Syngenta) were the ones who discovered its herbicidal properties.

After this discovery, the company marketed paraquat as a herbicide and produced and sold it for agricultural use. Many decades later and paraquat still continues to rake in millions of profits for its manufacturer. But at what cost? 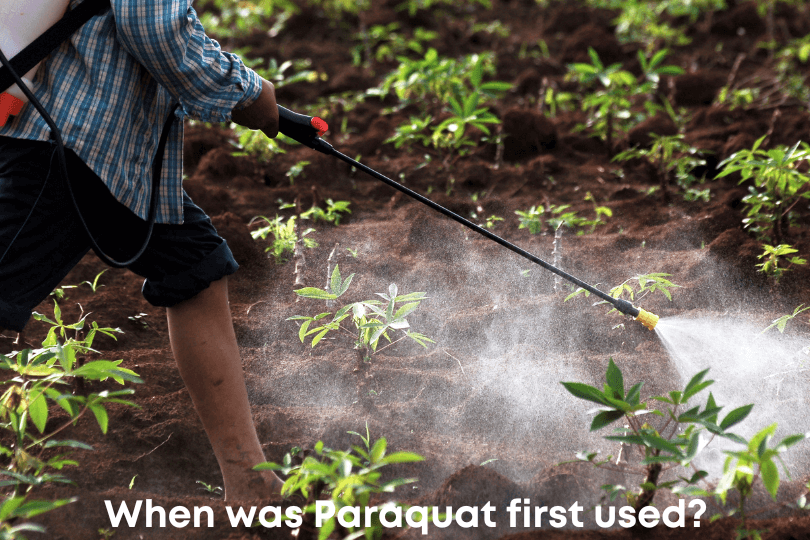 When was Paraquat first used?

Paraquat was first used for commercial purposes in 1961, after ICI began manufacturing the herbicide and started selling it under the brand name Gramoxone, with paraquat as its active ingredient.

Because of this, many people still refer to paraquat as Gramoxone, and it remains the most popular trade name for paraquat. But as years passed, other chemical manufacturers also started selling various paraquat-containing products, contributing to the rampant use of the weed killer in agricultural and non-agricultural settings.

Why was Paraquat developed?

Paraquat was developed because a scientist working for its manufacturer discovered its fast-acting chemical weed control, and ICI naturally sought to turn the substance’s herbicidal properties into a profitable product. From there, what is paraquat – as we know it today – came into existence.

And since it was first introduced to the market in the 1960s, paraquat was seen as an agricultural breakthrough for the speed at which it eliminates weeds and other undesirable plants.  Since then, paraquat use has been on the rise, with hundreds of millions of pounds of the herbicide being used in the U.S. alone.

What is Paraquat used for?

Why is Paraquat banned?

Paraquat is banned in around 60 countries around the world because of its high toxicity that can cause long-term health problems and deaths among farmers and other agricultural workers. Countries that have already implemented a paraquat ban are said to have done so without any discernible impact on their agricultural production.

One adverse health effect in which paraquat has been linked to is Parkinson’s disease, a neurodegenerative disease that causes loss of muscle control and gets worse over time. Despite its known wide range of effects, however, a number of major agricultural nations, including the United States, are still yet to prohibit the use of paraquat. 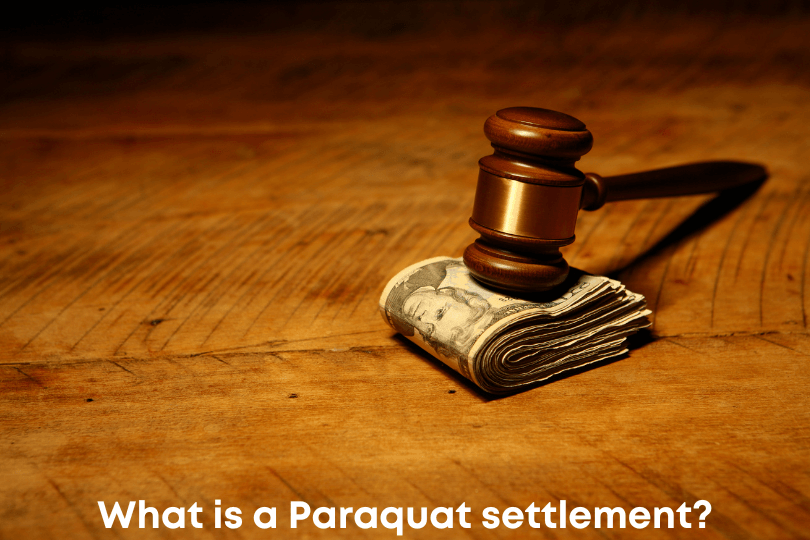 What is a Paraquat settlement?

A paraquat settlement is a specific amount of money to be paid by the defendant Syngenta AG to the thousands of plaintiffs who were injured by paraquat. To this date, however, there are no settlements that have been made in the paraquat lawsuit, as litigation is still in its early stages.

Once the victims and the paraquat manufacturer Syngenta come to an agreement regarding the former’s claim value, a settlement will occur. The monetary compensation that will be offered by the defendant means that they are accepting the legal responsibility of their actions that caused the plaintiffs to incur a loss. In the case of the paraquat exposure lawsuit, plaintiffs are claiming that Syngenta failed to warn them about the increased risk of Parkinson’s disease that comes with long-term exposure to paraquat.

Can you still buy Paraquat?

Yes, you can still buy paraquat in the United States and many countries around the world that still permit its use. Although in the U.S., it is considered as a restricted use pesticide (RUP) and is only available for commercially licensed applicators, paraquat is known to affect not only those who come into contact with it, but also residents who live near agricultural and non-agricultural settings where it is applied.

Syngenta is the major manufacturer of paraquat that sold the chemical under the trade name Gramoxone. As years went by, however, several other paraquat-based herbicides have also been manufactured by different companies. The list of manufacturers who make paraquat today are listed below.

What are other names for Paraquat?

Even though paraquat has long been known to the world as Gramoxone, other companies who have manufactured paraquat-containing chemicals over the years have sold it under different brand names as well. The other names for paraquat are listed below.