Home / News / What Herbicides Have Paraquat in Them?

What Herbicides Have Paraquat in Them? 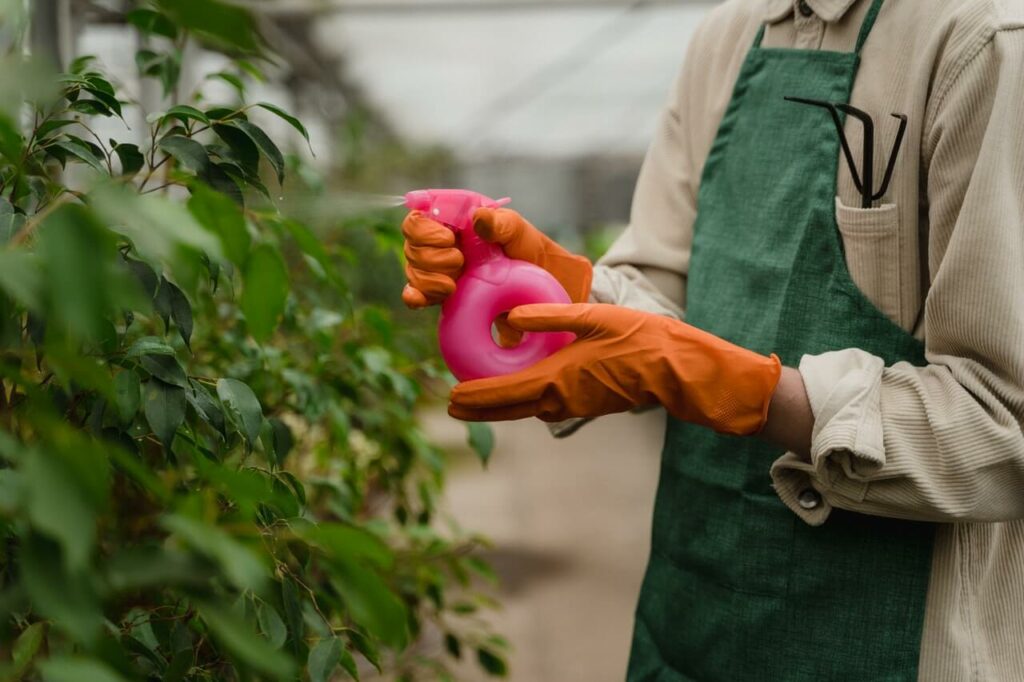 Paraquat, also known as paraquat dichloride, is a widely used herbicide that has long been controversial due to its toxicity.

Several paraquat toxicity lawsuits have already been filed, claiming that exposure to the popular weed killer can cause poisoning and an increased risk of developing Parkinson’s disease.

And although only licensed applicators now have access to apply, mix, and load paraquat in the United States, it is still practically everywhere, as it is also sold under different brand names.

Paraquat may be commonly sold under the trade name Gramoxone, but several other products still contain Paraquat as one of their ingredients.

Why is Paraquat banned in many countries?

More than 32 countries around the world have either banned or phased out paraquat on account of its high toxicity. These countries include:

Paraquat exposure has alo been linked to an increased risk of developing Parkinson’s disease. These claims were so serious that they were brought to the attention of the court when the first Paraquat lawsuit was filed in 2017.

The complaint was filed on behalf of the farmers and agricultural workers who subsequently developed Parkinson’s disease after constant occupational exposure to the herbicide.

Exposure to the herbicide can also damage your lungs, liver, kidneys, and the esophagus. And depending on the route of exposure, those who are exposed can also suffer from a plethora of side effects and complications, ranging from rashes to serious illnesses, and even death.

Paraquat dichloride was first used for commercial purposes in 1961. Three years after, it was registered as a herbicide in the United States. Used primarily for grass and weed control in many agricultural and non-agricultural settings, the toxic chemical quickly became one of the most widely used herbicides in the country.

And one of the ugly reminders of its several years of existence is the number of paraquat containing herbicides that are still on the market today. The toxic herbicide is manufactured by many companies and is sold under different brand names, such as:

Who is at highest risk of paraquat exposure?

Since paraquat is a restricted use pesticide that is only available for use by licensed pesticide applicators, those people who are at highest risk of being exposed to the pesticide are those who apply, mix, or load the weed killer in the workplace, including:

It is important to note, however, that even though Paraquat is not accessible to the general public, it doesn’t mean that the risk of exposure for people who do not work in agricultural settings is non-existent.

According to the Environmental Protection Agency (EPA), individuals who live near farms where paraquat is being applied, loaded, and mixed can also potentially be exposed to the chemical.

In 2009, findings of a study published in the American Journal of Epidemiology backed up this statement, revealing that paraquat herbicide exposure from within 500 meters of residence increased the risk of developing Parkinson’s disease by 75%.

Inhalation of the chemical compound can lead to paraquat poisoning, ultimately resulting in lung damage due to the accumulation of free radicals caused by paraquat in the lungs.

Paraquat is one of the most dangerous herbicides around. Just one sip can be fatal, and no antidote can save you, warns the EPA.

Indeed, the route of exposure that’s most likely to cause poisoning is ingestion of the chemical. But paraquat also has an accidental poisoning problem. Data from 1998-2009 from the California Poison Control System and the Central California Children’s Hospital identified more than 1,400 cases of accidental poisonings due to a non-food substance being transferred to unlabelled bottles.

Several of these deaths involved the accidental ingestion of some pesticides, including paraquat.

Paraquat ingestion of even small to medium amounts can quickly lead to poisoning. The development of symptoms is also a fast process. Some symptoms of paraquat poisoning include:

After several hours of ingesting or inhaling toxic amounts of the chemical, paraquat poisoning can lead to:

Despite these health risks, however, paraquat manufacturers including Syngenta, Chevron, and Growmark continue to produce and sell the dangerous chemical.

But this shouldn’t come as a surprise, as the pesticide is known to rake in big profits of up to $640 million in global sales for these companies each year.

A few research has linked paraquat to Parkinson’s disease, an irreversible progressive neurodegenerative disorder that affects movement. According to a 2017 letter sent by the Unified Parkinson’s Advocacy Council to the EPA, one study found that people who used both paraquat and another common pesticide called maneb had an elevated risk of as much as 600 percent of developing Parkinson’s disease.

In 2019, a systematic review of paraquat-related literature also found that the risk of Parkinson’s was 25% higher in people who were exposed to the pesticide, and even higher in individuals who had prolonged exposure to paraquat.

Another study that investigated exposure to a number of 31 pesticides and their link to Parkinson’s risk found paraquat to be one of the pesticides that are the top cause for concern among the group. Paraquat is believed to kill cells through a mechanism known as oxidative stress, which leads to cell damage and death.

Coincidentally (or maybe not), oxidative stress also contributes to the cell degeneration experienced by people suffering from Parkinson’s disease.

Over the past years, the EPA has taken several steps to supposedly enable the use of paraquat in a safer manner. Every 15 years, the agency evaluates a pesticide registration application.

In 2016, it required changes in product packaging and warning labels in order to minimize accidental ingestions and reduce the risk of exposure to workers who use the pesticide in agricultural settings.

In 2017, the EPA began its review of paraquat and will take until October 2022 to give its decision on future use of paraquat.

However, in 2019, the agency conducted a human health risk assessment, where, despite of the known dangers that the pesticide can cause through prolonged exposure, it stated that “EPA found no dietary risks of concern associated with paraquat when it is used according to the label instructions.”

Moreover, in 2020, the agency put out a draft interim decision for paraquat, where it proposed the ban for all aerial applications except for cotton desiccation, as well as the ban of application methods including handgun and backpack sprayer.

However, on August 1, 2021, EPA finalized its registration decision for paraquat, ultimately deciding on reversing its proposal the previous year.

This time, the agency not only OK’d aerial applications on a broader range of crops, but it also effectively kept the herbicide on the market for another 15 years.

It may still be difficult to understand why a herbicide that’s been banned in several countries is still being widely used in the U.S., and even gets a green light from a federal agency, considering how numerous studies have investigated its health dangers.

Of all the countries that are the largest agricultural producers and users of pesticides in the world, this reverse in protection proposals against the ban of the pesticide last year seems to put the United States behind other countries such as Brazil, China, and the European Union in banning harmful pesticides.