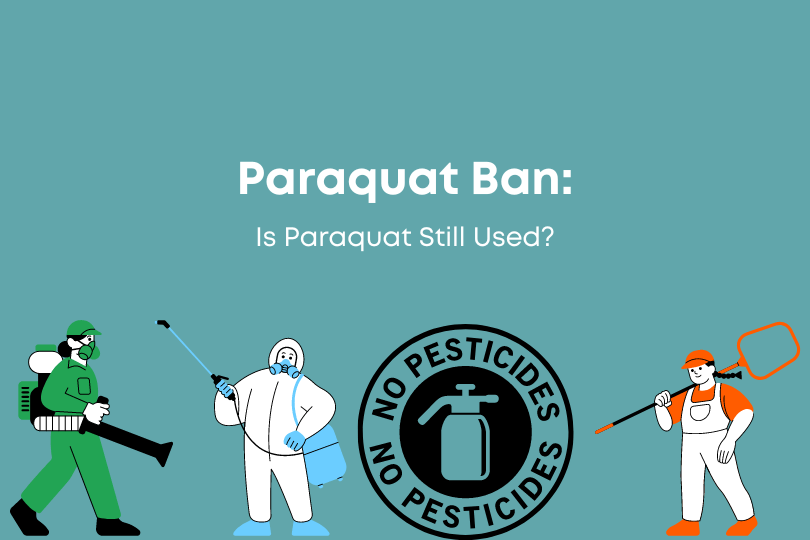 Due to its toxicity, the paraquat weed killer has been banned in almost 60 countries around the world now, including Switzerland, where it is manufactured by Syngenta, United Kingdom, Brazil, Thailand, and China. But while the rest of the world is leaning towards stricter regulations or a complete ban on the chemical, the United States Environmental Protection Agency (EPA) recently renewed its approval for paraquat.

This means that for another 15 years, one of the most toxic and controversial herbicides in the world will still be used on American cropland.

Despite several studies that drew a connection between paraquat and Parkinson’s disease and the growing number of plaintiffs filing a paraquat lawsuit after they subsequently developed Parkinson’s following chronic exposure to the chemical, paraquat is and will still be used in the United States and across much of the developing world.

When its herbicidal properties were first discovered, paraquat was seen as a breakthrough in the agricultural industry. Not long after, however, it caused a public health scare when the U.S. government sprayed paraquat over illegal marijuana fields. Plants that survived the aerial application were later on sold, but purchasers who smoked the products developed lung damage as a result.

Today, one of the oldest and most widely used herbicides in the world is still being used because of its effectiveness at killing unwanted weeds and its affordability. But do the benefits really outweigh its risks? 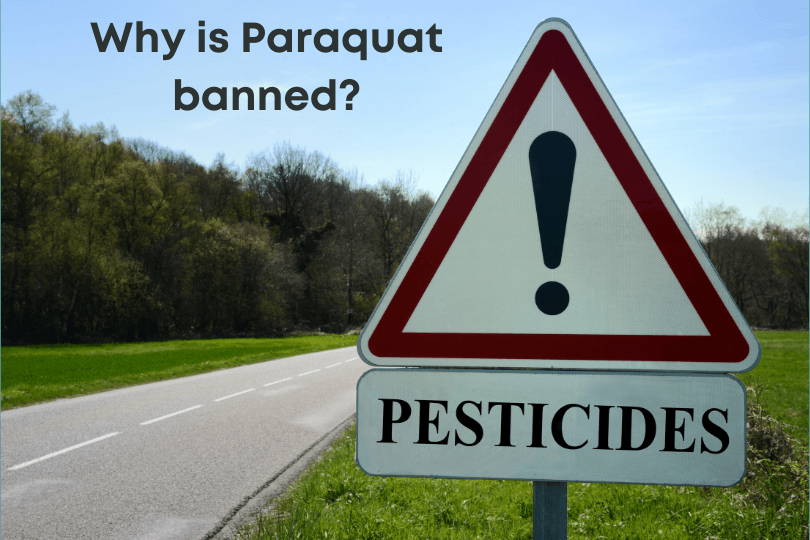 Why is Paraquat banned?

Paraquat is banned in many countries worldwide because of several reasons, including its toxicity, association with Parkinson’s disease, environmental effects, and its involvement in suicidal cases, especially in developing countries.

Paraquat is toxic when absorbed through the skin or inhaled. But paraquat poisoning is most likely to happen when the chemical is ingested, even in small amounts. The EPA put it accurately when it said, “only one sip can kill” and there is no antidote to save you.

Studies have also long pointed out that paraquat is linked to an increased risk of developing Parkinson’s disease, a progressive brain disorder that affects nerve cells responsible for controlling body movement. The first paraquat lawsuit in 2017 was filed by a group of farmworkers who developed Parkinson’s disease after chronic exposure to the toxic chemical.

Another reason why many countries move away from paraquat is because of its adverse effects on the environment. The weedkiller tends to persist in terrestrial and aquatic environments, causing soil and water pollution, as well as posing serious risks to fish and wildlife.

Lastly, because it is widely available at low cost, paraquat is often used in suicide attempts. In fact, around 93% of deaths that occur from paraquat poisoning are suicides, which typically happens in third-world countries.

What does Paraquat do to humans?

Paraquat is known to cause a plethora of adverse health effects, from mild to severe and acute to chronic. Some acute and chronic health effects of paraquat are listed below.

When was Paraquat banned?

As of writing, paraquat has not yet been banned in many countries, including the United States. While other nations have been recognizing the dangers of paraquat in farmworkers, residents, other agricultural workers, and even the environment, it appears that EPA might be ignoring the health hazards of paraquat, and everyone has been thinking the same since the agency’s decision to renew the chemical’s registration for another 15 years.

And although EPA determined that paraquat exposure can cause damage in the eyes, kidneys, and respiratory system, it dismissed the link between the chemical and Parkinson’s disease, despite decades of scientific studies finding that paraquat can cause an increased risk of Parkinson’s by 150%.

Which countries have banned Paraquat?

Numerous countries across the globe have banned paraquat, including Austria, Denmark, Finland, Kuwait, Slovenia, Sweden, and Malaysia, to name a few. The toxic weed killer is also severely restricted or restricted in several other countries, such as Chile, Germany, Hungary, South Korea, Indonesia, Togo, and the United States.

In America, paraquat is classified as a restricted use pesticide (RUP), which means it is only available for purchase and/or use by certified pesticide applicators and not the general public. Despite this, however, many cases of harmful exposure from paraquat are still observed in the country annually. 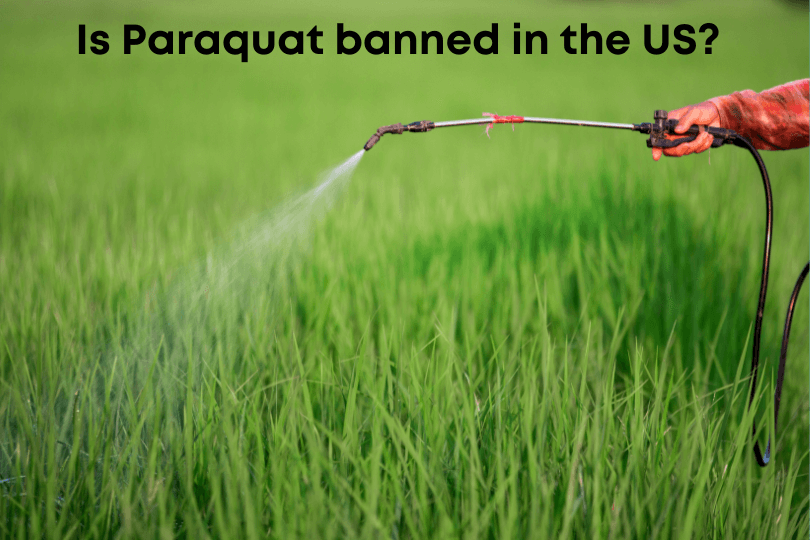 Is Paraquat banned in the US?

No, paraquat is not banned in the US. And despite being available for use only by licensed applicators due to its toxicity, it is estimated that US farmers still use over 8 billion pounds of paraquat every year.

Moreover, as mentioned, the status of paraquat ban in the country still seems far-fetched, as the EPA just recently renewed its approval for the herbicide to be used for 15 more years.

Can I buy Paraquat?

No, you cannot buy paraquat, as it is a restricted use pesticide (RUP) that can only be sold to and used by licensed pesticide applicators. Unlike other restricted chemicals, certified applicators of paraquat cannot supervise the application or use of the weed killer by non-certified, unlicensed individuals.

Paraquat is not available for public or homeowners use, and is also not allowed in residential areas. Because only a licensed person can use paraquat, they are the ones who are most likely to be at risk for poisoning.

Paraquat training is an EPA-approved training program which should successfully be completed by certified applicators every three years. The training must be taken before someone is allowed to mix, load, and/or apply paraquat.

Paraquat-specific training provides crucial information about the herbicide’s toxicity, new paraquat label requirements and restrictions, and the repercussions of potential misuse. Following successful completion of the training, a certificate will be generated, which applicators are required to retain according to the new labeling. 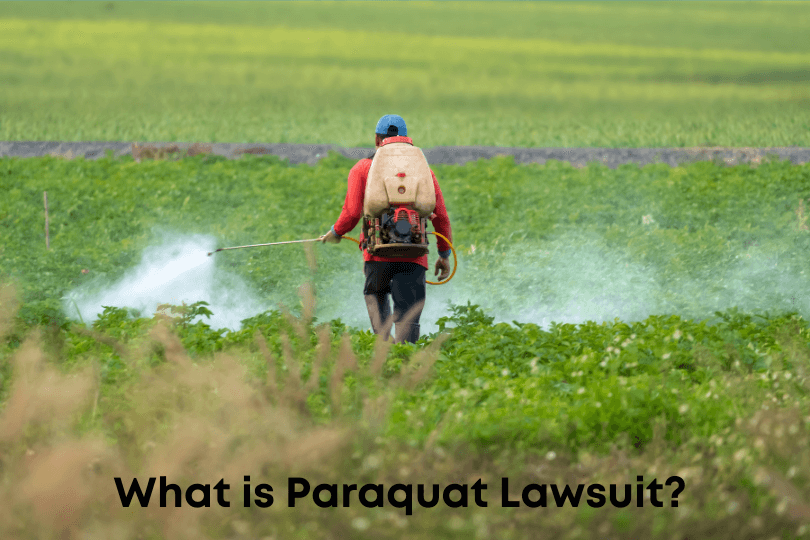 What is Paraquat Lawsuit?

The paraquat multi-district litigation (MDL) is still in its early stages, so no settlement has been reached as of now. However, more and more paraquat cases are being added to the MDL as we speak. This makes it more important for plaintiffs to accurately estimate past and future costs related to their paraquat exposure.

The most recent paraquat lawsuit update sees a rise in the number of new cases in the MDL. In fact, the last two weeks saw around 200 new paraquat plaintiffs who have been added to the litigation.